Follow
Home » Science » The rich are more likely to be mean, while the poor are kinder, study

The rich are more likely to be mean, while the poor are kinder, study

Money really IS the root of all evil! Rich people are more likely to be mean like Scrooge while the poor are kinder Tiny Tims, research shows

Analysing data from 46,000 people across 67 countries, including information on wealth and levels of morality and moral behaviour, helped a team from the University of Agder in Kristiansand, Norway, to make their discovery.

This research suggests that the Disney movies, as well as tropes in classic literature, stand up to scrutiny, with lack of wealth linked to higher moral standards.

While the link was relatively slim, it was a significant discovery, according to the researchers, who said poorer people were more likely to donate to charity and help.

Some people just aren’t generous, and hormones in the brain may be at fault.

A team of Yale and Duke University researchers traced generosity all the way to the amygdala.

This is the instrument in the brain that signals reward and punishment.

The study on monkeys found that the subjects were more likely to share with companions when given a small dose of a human social hormone.

It suggests that its applications in the human brain may lead to pro-social behaviours, such as giving.

They compared their findings to the portrayal of wealth in Disney movies, that show good characters are more likely to be poor, than those with wealth.

The team gave the example of Cinderella, who is treated badly at home, but who with her pure heart wins the prince, or even the seven hard-working dwarfs who look after Snow White when she needs help.

However, as people get older, they tend to see things as not being that simple, told that a more realistic world is that the poor only think of making as much money as they can, and people in the middle class and up are the good ones.

Together with three colleagues from Aarhus University in Denmark, with Christian T. Elbæk as project leader, he has analysed data from over 46,000 participants.

The participants came from 67 different countries, and ‘considering previous research, we were surprised’ by the outcome, Otterbring said.

The researchers found that lower socioeconomic status, being from a poorer background, was directly linked to higher moral attitudes and behaviour.

‘Socioeconomic status’ is a term that is used when talking about both social and economic inequality. It is often used in the same way as the term ‘social class’ but is less politically charged.

The findings from the survey show that individuals who had grown up in environments with low resources had a stronger moral identity compared to others.

They were more likely to donate money to charity, and they placed more emphasis on cooperation, the team discovered.

When comparing countries, the researchers found that in those with a high degree of social inequality the population had a stronger moral identity than in countries with small differences in inequality.

Moral identity was measured by presenting participants with statements such as ‘It would feel good to be a person who is [quality]’. 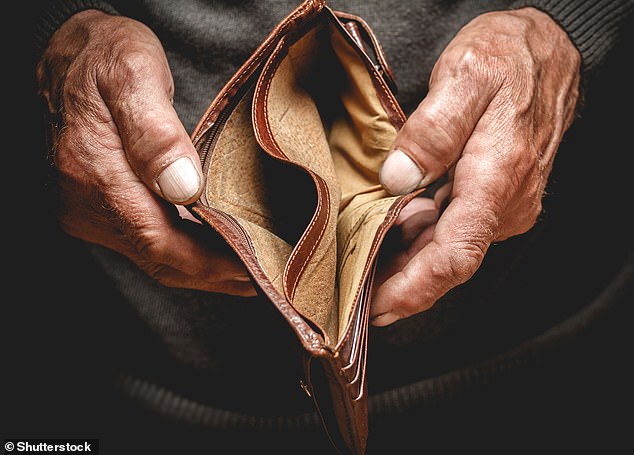 Analysing data from 46,000 people across 67 countries, including information on wealth and levels of morality and moral behaviour, helped a team from the University of Agder in Kristiansand, Norway, to make their discovery

Older people are more likely than younger people to do things that benefit others, such as social distancing during the Covid pandemic and making charitable donations, new research suggests.

Women in general were found to be kinder than men, while wealth appeared to have a negative effect on philanthropy, with those who perceived themselves as being better off donating less to good causes.

There is also a big divide in the types of charities age groups prefer to help, according to the researchers.

Younger people are more likely to donate to international charities, while older adults preferred to give to causes within their own country.

The answer options were on a scale from 1 to 10 on qualities such as caring, fair, kind, generous, helpful, hardworking, honest and kind.

‘Those who live in poverty are probably more dependent on other people. Perhaps they are also more sensitive to their social environment’, Otterbring said.

‘If a poor person does something kind for another, the recipient may be more inclined to give something back.’

On the other hand, people who are better off may think that they can manage on their own and do not need other people in the same way, the researcher believes.

‘This is interesting to consider for those of us who live well in Norway,’ said Otterbring, adding that ‘perhaps our findings can inspire those with high socioeconomic status to think more about people outside their circle of friends and family, and act accordingly.’

The researcher points out that although the correlations are found in the data, they are not particularly strong. He calls them ‘weak, but significant’.

‘We found this association even when controlling for other variables,’ said Otterbring.

‘We can imagine that even if only a small part of people’s morality can be explained based on their socioeconomic status, it will have major consequences when considering the entire world.’

Otterbring notes that the figures may have been influenced by the pandemic, and that it may have reinforced some of the findings.

Like other studies of this kind, it is also based on what the participants say about themselves, which may not reflect real world behaviour.

The findings are available as a preprint article, not yet peer reviewed.