The news comes following a highly controversial visit to Riyadh by Mr Biden last month after the CIA openly stated that de-facto leader Mohammad Bin Salman had been in the loop over the brutal murder of journalist Jamal Khashoggi by Saudi agents. Following the arrival of Mr Biden to the White House, he vowed to make Saudi a pariah state, yet energy demands forced Washington to double back on its threat.

With China potentially becoming the world’s largest economy by the year 2024, the move to secure ties with Saudi Arabia could see Beijing gain a vital grip on the Kingdom’s oil resources, putting further pressure on the US.

With the trip widely expected next week, reports suggest President Xi will receive a welcome on par with former President Donald Trump’s trip to the West Asian nation.

Tweeting about how big a deal the trip could be, Arnaud Bertrand, a regular commentator on Twitter said: “Wow, if confirmed this is huge!

“He wouldn’t go there if he wasn’t guaranteed a welcome that will be a stark contrast with Biden’s.

“Also let’s remember the USD is backed by Saudi oil: a step towards the end of the petrodollar?” 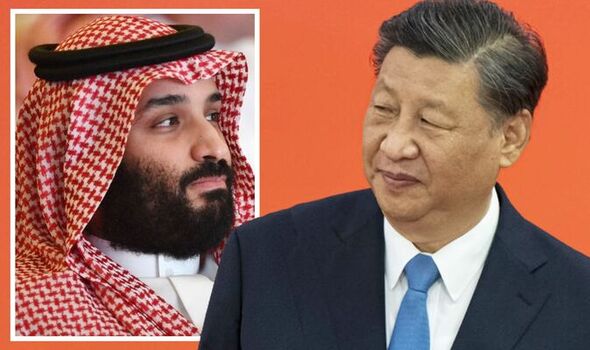 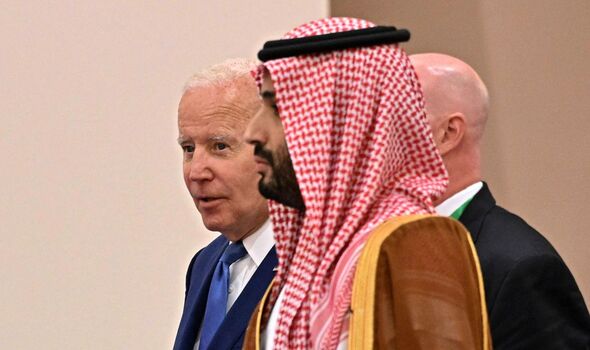 China and Saudi Arabia have been growing closer over two decades, but ties have deepened as Bin Salman accumulated power in the kingdom from 2016 onwards.

Riyadh has defended China’s treatment of its Uyghur Muslim minority and Hong Kong’s draconian national security law, placing it at odds with the US on key human rights issues. 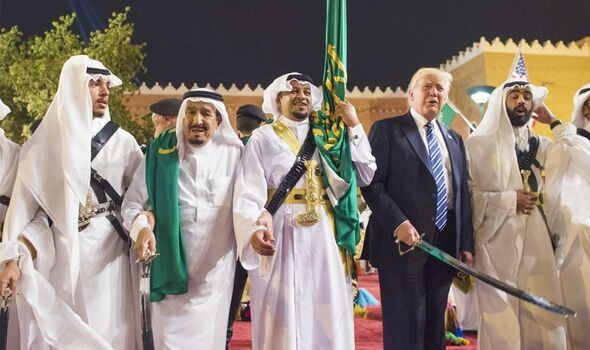 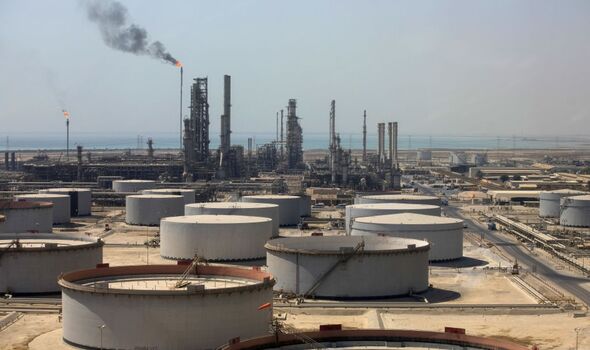 “It is the largest buyer of Saudi oil.

“China is very important in the region geopolitically.

“It has been eyeing military bases in Africa and elsewhere.

“In the past, its interests had been purely mercantilist, focused entirely on commerce.

“Now they’re increasingly looking at things through a strategic lens.

“They are particularly interested in ensuring the free flow of oil.

“This is the same for China as the US.

“The Americans say there is a diversion of bandwidth away from the region to focus on countering China in a pivot to Asia.” 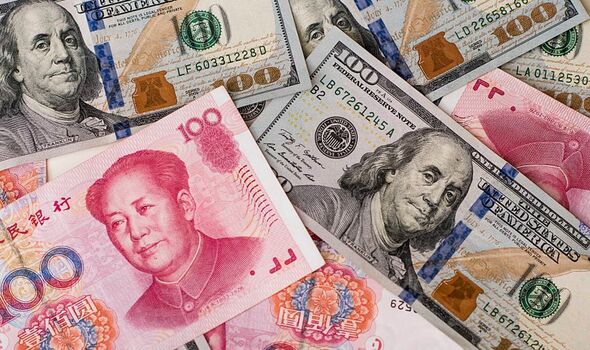 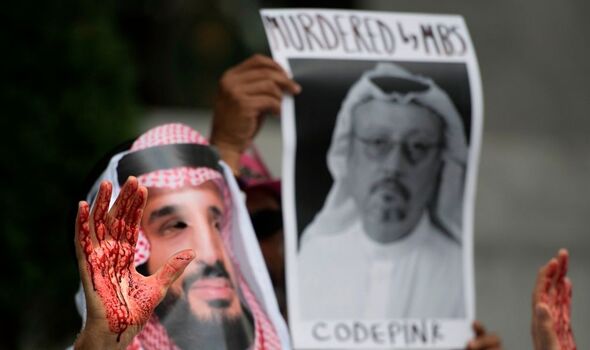 Speaking of Saudi being back on the market following the Khashoggi affair, one official from the kingdom said: “Saudi has its swagger back.

“Friends don’t just arrive here, demand things and give nothing back.”

In preparation for the visit, which is expected to take in Riyadh, Jeddah and the planned megacity of Neom on the western Saudi coast, plans were underway to hoist thousands of Chinese banners and receive hundreds of dignitaries.