More tock on the clock! TikTok ditches its 60 second limit and will now let users post videos up to three minutes long

TikTok is now letting users film and upload videos up to three minutes in length, the company has announced.

The Chinese-owned app, which lets users make clips to share with their followers, previously had a 60-second limit on videos.

According to the firm, the changes will be rolling out for users worldwide over ‘the coming weeks’.

TikTok said the change will pave the way ‘for even richer storytelling and entertainment’ on the platform. 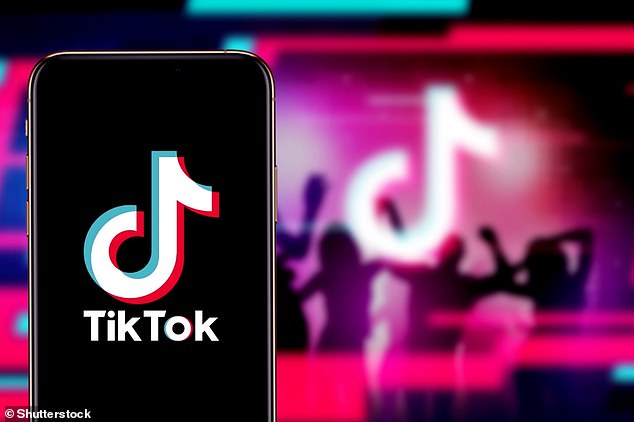 TikTok is a Chinese social media app where users can create videos, live streams and Gifs with a host of functions.

The app is most popular among children and young people who use it to film themselves dancing and lip-syncing to chart hits.

In 2019, it became the second-most downloaded app globally behind Whatsapp.

The changes were outlined by Drew Kirchhoff, product manager at TikTok, in a blog post published on Thursday.

He said longer videos are a ‘tool’ people can use to ‘captivate the community with their creative expression’.

‘With longer videos, creators will have the canvas to create new or expanded types of content on TikTok, with the flexibility of a bit more space.’

TikTok users will receive a notification once the change has been rolled out to their account.

Kirchhoff said some TikTok users will have noticed videos longer than 60 seconds on the platform already.

This is because it has been letting users around the world experiment with the expanded format.

‘We’re excited to see how people continue to entertain and inspire with a few more seconds – and a world of creative possibilities,’ said Kirchhoff.

On Wednesday, the social media giant revealed it had removed more than 62 million videos from the platform during the first three months of 2021 for breaking its content rules.

It also took down more than 7.2 million accounts due to suspicions they belonged to someone under the age of 13 – the minimum age limit for having a TikTok account.

Although TikTok allows users as young as 13 to create an account, it has a minimum age requirement of 16 to use its direct messaging feature.

It also prevents users from receiving unsolicited messages from other users who they are not friends with and has a 16-and-over age limit for a user to host a live stream.

As well as this, the social network, which is owned by Chinese company Bytedance, doesn’t allow videos or images to be shared within direct messaging.

TikTok quietly changed its privacy policy in the US last month to notify users it may start collecting ‘faceprint and voiceprint’ and other biometric data.

The app did not specify what the data would be used for but said it would ask for permission first, ‘where required by law’.

The data could include ‘identifying the objects and scenery that appear, the existence and location within an image of face and body features and attributes, the nature of the audio, and the text of the words spoken,’ the company said.

But it could also include personal biomarkers, like ‘faceprints and voiceprints,’ TikTok added, without clearly defining those terms.

The revelation was soon followed by news that US President Joe Biden had revoked an executive order put in place by former president Donald Trump to ban the app in the US.

TikTok came under heavy scrutiny in the Trump era because of its Chinese roots, and the ongoing concerns, particularly in the US, over whether links to the country could be a security risk for users.

The White House dropped Trump-era executive orders that attempted to ban the popular apps TikTok and WeChat, it was revealed in June 2021.

Biden’s administration will conduct its own review aimed at identifying national security risks with software applications tied to China.

TikTok came under heavy scrutiny in the Trump era because of its Chinese roots, and the ongoing concerns, particularly in the US, over whether links to the country could be a security risk for users.

Trump’s administration had worked to ban TikTok and force its Chinese owned company, ByteDance, to sell the app.

President Donald Trump signed executive orders in August 2020 putting in place a ban of TikTok and WeChat in 45 days if they were not sold.

The TikTok order alleged that the app ‘automatically captures vast swaths of information from its users’ which ‘threatens to allow the Chinese Communist Party access to Americans’ personal and proprietary information – potentially allowing China to track the locations of Federal employees and contractors, build dossiers of personal information for blackmail, and conduct corporate espionage.’

However, a preliminary injunction was approved and the ban was never carried out.

Now, a new executive order from Biden directs the Commerce Department to undertake what officials describe as an ‘evidence-based’ analysis of transactions involving apps that are manufactured or supplied or controlled by China.

Officials are still concerned about apps that collect users’ personal data or have connections to Chinese military or intelligence activities, however.