Spotify is offering TikTok users in the UK four months of Spotify Premium Individual – one of its four Premium options – which normally costs £9.99 a month.

But once the four months are up, any new sign-ups will be automatically charged the monthly billing price unless they choose to cancel the service. 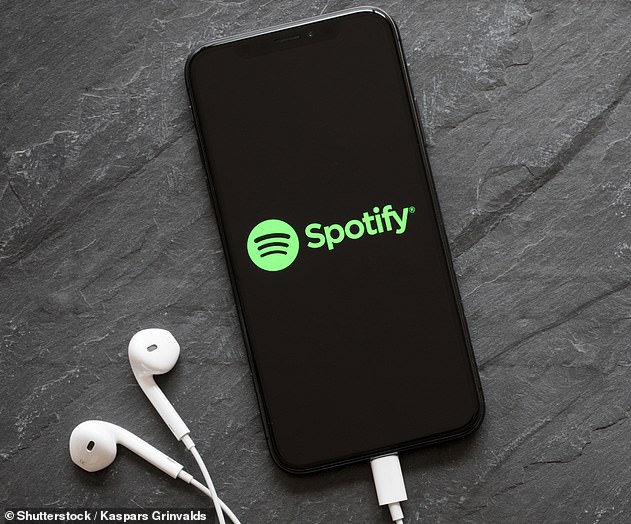 HOW TO REDEEM THE OFFER

Those who are eligible will receive a unique code that will enable them to redeem the Spotify Premium offer.

TikTok users can find the offer on their mobile in a few ways:

– On their ‘For You’ and ‘Discover’ Pages

– By searching for ‘Spotify’ on TikTok

– Or by clicking on this link from their mobile devices

The offer is available from today for TikTok users in seven countries – the UK, France, Germany, Italy, Spain, Poland and Turkey.

The free period lasts for three or four months, depending on the market. People in the UK, Germany and France get four months free, while those in Italy, Spain, Poland and Turkey get three months free.

Eligible users have to be aged 18 and over. They also need to have a TikTok profile and can’t have been subscribed to Spotify Premium previously.

Those who are eligible will receive a unique code on TikTok that will enable them to redeem the offer.

TikTok users can find the offer on the smartphone app, either on their ‘For You’ and ‘Discover’ Pages; on a profile icon on the ‘Me’ Page; by searching for ‘Spotify’ on TikTok; or by tapping this link while on their mobile devices.

‘TikTok is a sound-on, immersive experience, with music sitting at the heart of how people create and engage with content on the platform,’ said David Nunez, head of growth for Europe at TikTok, which is known for letting users make short lip-syncing clips to share with their followers.

‘We’re delighted to bring this offer with Spotify Premium to our community, helping them gain even more enjoyment from the artists and tracks they’ve known on TikTok.’

Spotify offers both free and premium accounts – although users who opt for the free option have to endure ads and certain account restrictions (including the inability to download music).

In the UK, Spotify usually offers only a one-month free trial for its Premium service, which itself is separated into four options (Individual, Duo, Family and Student).

Likewise, new Apple Music users can cancel the free trial before it ends if they don’t want to start paying the monthly charge. 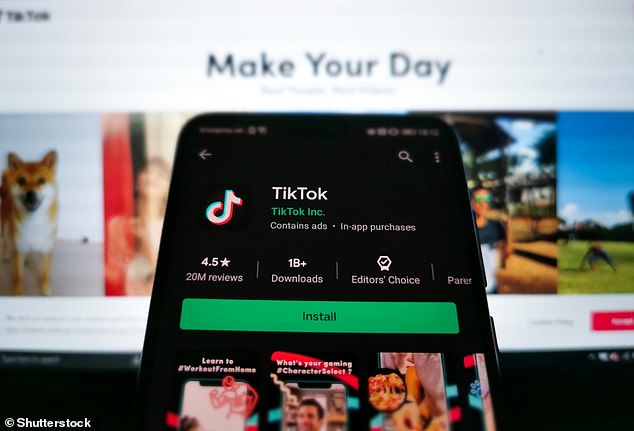 Spotify recently increased the prices of three of its four premium subscription options in the UK – although a single month of unlimited music on the platform is still cheaper than just one new vinyl LP.

The remaining Premium option – Premium Individual – stayed at £9.99 a month.

Several frustrated users took to Twitter to discuss the price increase, with one claiming that Spotify is getting ‘too big for its boots’.

In June, Spotify launched a new in-app experience called ‘Only You’, in a fresh attempt to personalise its user experience and give users value for money.

Only You is like a year-round version of its annual Wrapped feature, which is released in December and reveals to users the songs they played the most over the year.

Also under the Only You umbrella – which Spotify refers to as a ‘campaign’ – is a new personalised feature called Blend, which is currently in beta but available to users globally.

According to the firm, Blend is a new way for two friends to merge their musical tastes into one curated playlist.

Spotify: The Swedish streaming service that took the music world by storm in just 14 years

Founded as a small start-up firm just 14 years ago, Spotify has quickly risen to take the music world by storm. From its humble beginnings, the music streaming service, which boasts a library of 60million songs, now has a staggering 320million monthly active users and is worth an estimated $23billion.

The meteoric rise began in Stockholm, Sweden, in 2006. The company was co-founded by Daniel Ek, the former boss of popular fashion-based browser game Stardoll, and Martin Lorentzon, co-founder of digital marketing firm Tradedoubler.

The small start-up was set up as a response to the growing piracy problem the music industry was facing. It launched two years later with a free registration service for users to stream music via the internet.

This model allowed users a freemium service – allowing users to listen for free with adverts – or a paid subscription service.

It set Spotify aside from the rival Apple’s iTunes store, from which users bought digital copies of songs or albums to build their own library which they could listen to whenever they liked.

By 2009, the company had reached the UK. Its popularity surged after the release of its mobile service. 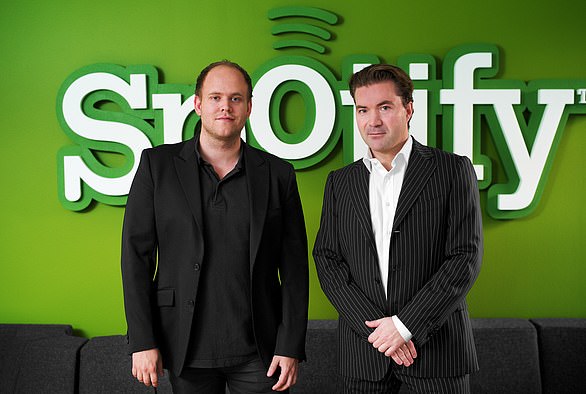 The meteoric rise began in Stockholm, Sweden in 2006, when the company was co-founded by Daniel Ek, the former boss of popular fashion-based browser game Stardoll, and Martin Lorentzon, co-founder of digital marketing firm Tradedoubler

By March 2011, five years after it was founded and three years after its launch, Spotify had one million paying subscribers across Europe. Within six months, that number had doubled.

In the same year, Spotify launched in the US, again to great success. By 2012, the streaming service had 15million active users, four million being paying Spotify subscribers.

But despite its meteoric growth, the company, which has an annual revenue of £6billion, has historically struggled to produce profits.

It has also faced criticism from those in the music industry, including Taylor Swift, who have argued that the service does not compensate musicians fairly. The company distributes approximately 70 per cent of its total revenue to rights holders, mostly record labels, who then pay artists based on individual agreements.

In a bid to drive its profits into the green, the owners of Spotify, Spotify AB, was floated on the New York Stock Exchange as a publicly traded company in 2018.

The move came after the company made losses of nearly £870m over the previous three years.

Despite being floated publicly, Spotify did not issue new stock when being floated in 2018, instead selling shares that were held by its private investors. The aim of the scheme was to raise investment for its expansion plans.

In 2019 the $23billion company posted an operating profit of $60million – only the third time in its history it had posted a profit.

Despite past losses, the company has continued to make big money deals, and has lately pushed into increasingly in the area of podcasts.

It is not known how much the Spotify contract is worth, but the streaming service agreed a £75m ($100m) deal with US comedian Joe Rogan in May.