The team at OceanGate Expeditions have released an 8K video of the iconic ship on their Youtube channel, revealing an “astonishing level of detail”. In the video, the ship’s bow, the portside anchor, hull number one, and an enormous anchor chain are visible in unprecedented detail. OceanGate’s Rory Golden said: “One of the most amazing clips shows one of the single-ended boilers that fell to the ocean’s floor when the Titanic broke into two.

“Notably, it was one of the single-ended boilers that was first spotted when the wreck of the Titanic was identified back in 1985.”

The famous ship went down on April 15, 1912, after striking an iceberg, during her maiden voyage from Southampton, UK, to New York City.

Titanic now rests at the bottom of the Atlantic Ocean, about 4 kilometres below the surface.

It was not until 73 years later, in 1985, that a team headed by retired US Navy officer and oceanography professor Dr Robert Ballard discovered the wreckage.

Mr Goldern noted that in the footage, the name of the ship’s anchor maker, Noah Hingley & Sons, is also clearly visible on the portside anchor. 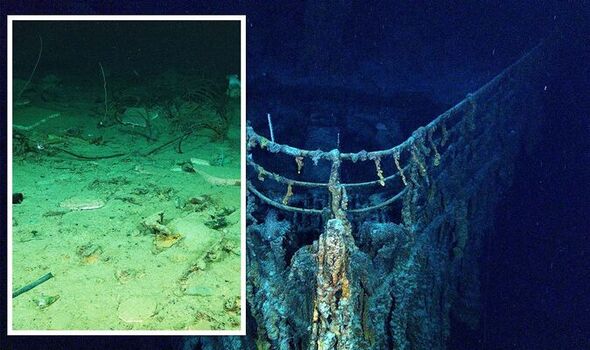 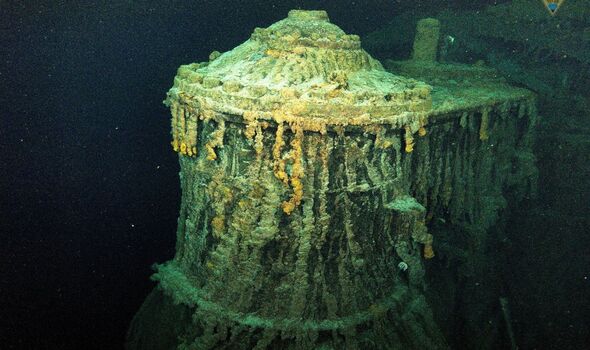 He said: “It is exciting that, after so many years, we may have discovered a new detail that wasn’t as obvious with previous generations of camera technologies.”

The footage from OceanGate is part of their ongoing research looking at the rate of decay of ship, comparing it to previous years’ missions.

Since its tragic sinking, many have questioned why no one on the ship had spotted the iceberg until it was too late.

Tim Maltin, a British author, historian and TV presenter, spent more than six years trawling through the first-hand account of those who survived the disaster. 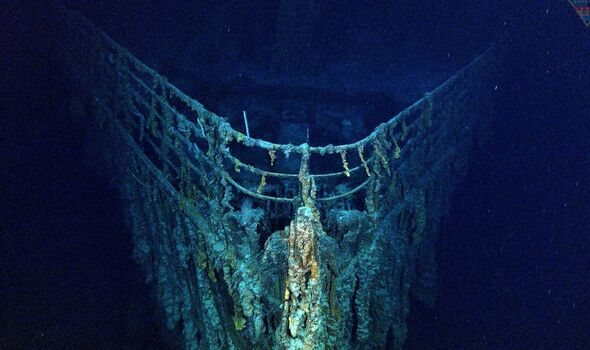 He believes that the ship sank as a result of an optical phenomenon known as a mirage that prevented the crew from spotting the iceberg.

The main clue he noted from all the testimonies was that many passengers and officers described it as “the clearest night in history,” which contradicted the lookouts who recorded a “haze” around the horizon.

He continued: “This led me to the discovery that there was a haze, and it was the clearest night in history because there is a thing called a miraging haze which looks like a haze but it’s not caused by water droplets like a normal haze.

“It’s caused by the amount of air you can see through on a really really clear night. 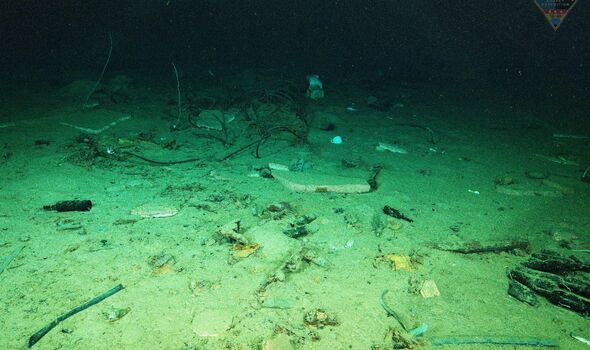 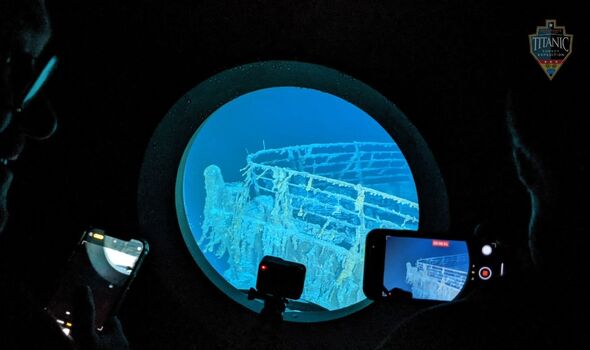 “So if you can see 80 miles when you can normally see 20, they would get this haze effect which was really light scattering in the molecules in the depth of air they could see through.”

This illusion is said to have taken place when the ship was in a particular part of the Atlantic Ocean where the freezing waters of the Labrador Current met the warm currents of the Gulf Stream.

This creates a phenomenon known as thermal inversion, where the warmer air from the Gulf Stream sits on top of the very cold air near the icebergs, essentially trapping the cold air down.

Because of the thermal inversion, the cold air near the sea acted as a lens that bent the light downward.