Top 10 most popular paranormal beliefs – including ghosts and aliens 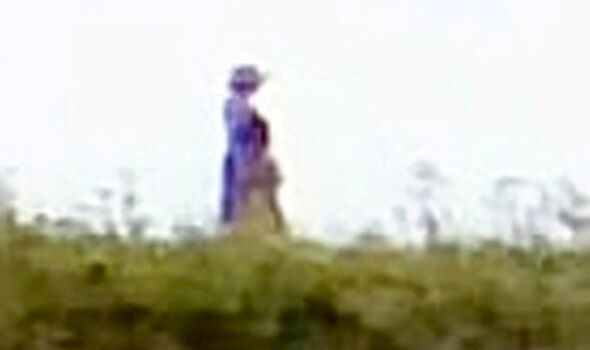 The Northern Irish were most hopeful for a Bigfoot sighting, and those on the Humber were open to mindreading and psychic powers being legitimate.

But Londoners consider themselves the most spiritual in the country – while those in the West Midlands are most likely to be sceptical of all supernatural phenomena.

The issue of an afterlife splits the country down the middle, with the study revealing an even divide between those who believe in life after death and those who don’t.

And 14 percent have dabbled with a Ouija board to try and contact souls from beyond the grave.

Jamie Morris, director of programmes at Sky, which commissioned the research to launch its new mystical drama series, Souls, said: “I find it intriguing to see how spiritual, or indeed how sceptical, British people really are.”

The study also found Londoners marked themselves as the most susceptible to the supernatural, being the most likely to believe in many legendary beings and conspiracies – including demons, zombies, and that Elvis still lives.

And 43 percent of all adults consider themselves believers in the spiritual side of life, although 33 percent are more sceptical.

It also emerged almost half (49 percent) followed an organised religion, while 24 percent opted for an atheistic viewpoint, and 13 percent chose agnostic.

However, 70 percent feel there are some things in life that science and rational thought cannot explain.

Of those who believe in the supernatural or paranormal, more than half (52 percent) were spurred on by evidence they discovered themselves, or a first-hand experience which proved to them their belief was real.

And 35 percent just have a “gut feeling” that, whether their belief is ghosts, little green men, or werewolves, the truth is out there.

However, a quarter of those surveyed (24 percent) are embarrassed about one or more of their feelings.

And 26 percent have received mocking comments at some point for sharing their unconventional views.

The study, carried out via OnePoll, also found 23 percent have seen or spoken to a deceased relative in a dream, and 22 percent have felt a “presence” in their home.

An open-minded 21 percent have visited a psychic to have their palm read or future told to them, and 16 percent have scoured the night sky in search of alien life.

Souls, which is on Sky Atlantic and NOW, centres on three women whose lives are turned upside down when, after a car accident, 14-year-old Jacob believes he remembers his former life as the pilot of a lost passenger plane.

Jamie Morris added: “Souls dives into what can only be described as the unknown, exploring the afterlife, premonitions, and the spiritual world.

“The show will certainly give viewers food for thought – whether they’re disbelievers, doubters, or more spiritually minded.”