Trump-inspired Washington chaos unearths Bible prophecy: ‘God is going to strike you down’

Chaotic scenes unfolded in Washington DC as it was confirmed Democrat candidates won both Georgia senate elections, giving the party control of Congress. Mr Trump, who had given a speech earlier in the day claiming the election had been stolen, told supporters “I love you” and described those who stormed the Capitol complex as “patriots”. The violence brought a halt to a congressional debate over President-elect Joe Biden’s election win, but Congress has now formally approved the victory and Mr Trump has said there will be “an orderly transition”.

But after the US capital was placed into curfew, it appears some Trump supporters have moved online to share their opinions – with a tweet by Christian author Mark Taylor gaining popularity.

Sharing a video of lightning striking the Washington Monument in June, the retired firefighter claimed: “A Prophetic sign is given!

“God is going to strike down his enemies (Prophets of Baal) in the political and religious arena.

“This is Biblical. God spoke this in the Prophetic word ‘Operation Let my People Go’.” 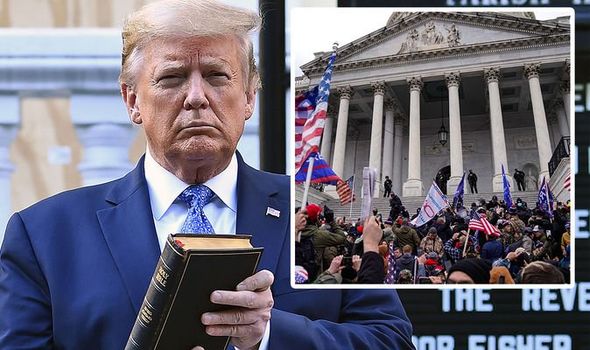 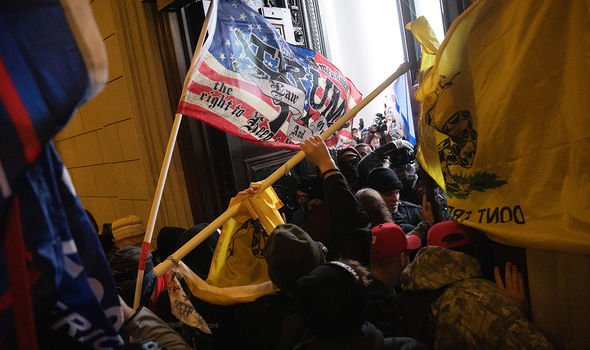 One reply reads: “This is definitely a sign from God.”

Another added: “God is getting ready to show his power and might, we are taking back what the devil has stolen from us.

And a third claimed: “True justice is right around the corner. Bring on Jesus.”

And since last night there have been scores of tweets comparing yesterday’s events to the Prophets of Baal. 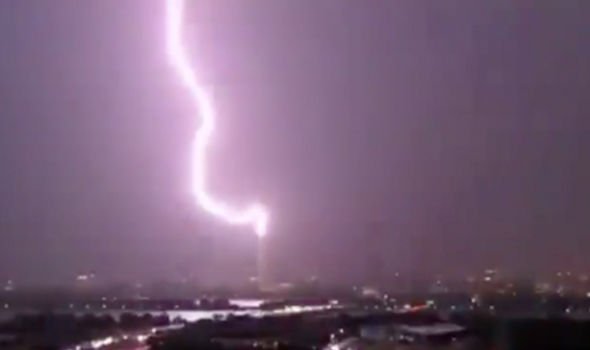 The reference comes from the Book of Kings which tells the story of Elijah, a prophet and a miracle worker who lived in the northern kingdom of Israel during the reign of King Ahab.

According to the tale, after Israel went three years without rain as a judgement for their idolatry, Elijah confronted the evil king Ahab and challenged him to a spiritual showdown.

The king was to have all Israel gather at Mount Carmel, along with the 450 prophets of the “false god” Baal.

Elijah then apparently challenged the prophets of Baal to prepare a bull as an offering and the god who answered with fire from the sky would be considered the true God. 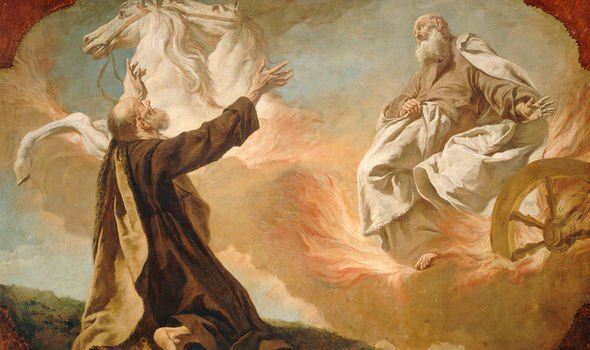 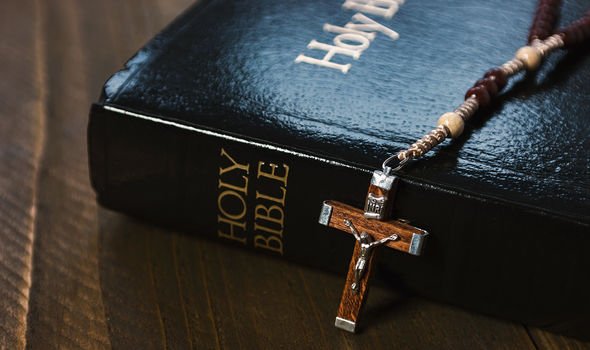 The prophets of Baal are said to have gone first, crying out from morning till noon with no answer from Baal.

Elijah then called the people in front of him and prepared the altar for the Lord.

Once the sacrifice was ready, the book says that Elijah prayed: “Lord, the God of Abraham, Isaac and Israel, let it be known today that you are God in Israel and that I am your servant and have done all these things at your command.

“Answer me, Lord, answer me, so these people will know that you, Lord, are God, and that you are turning their hearts back again.”

According to the story God then sent fire from heaven and the people of Israel bowed down and declared the Biblical Lord as God.