Father and son, 7, join volunteer team and help discover two new gaseous planets orbiting a star 1.5times the size of the sun more than 350 light-years away – by poring over NASA data

Two exoplanets orbiting a star larger than the sun that is 352 light-years from Earth have been spotted by a group of citizen scientists, including a father and his seven-year-old son.

Planet c is approximately 5.8 times as large as Earth and spends anywhere between 19 and 35 days orbiting HD 152843.

For comparison purposes, Mercury, the closest planet to the sun in the solar system, has an orbit of 88 days. 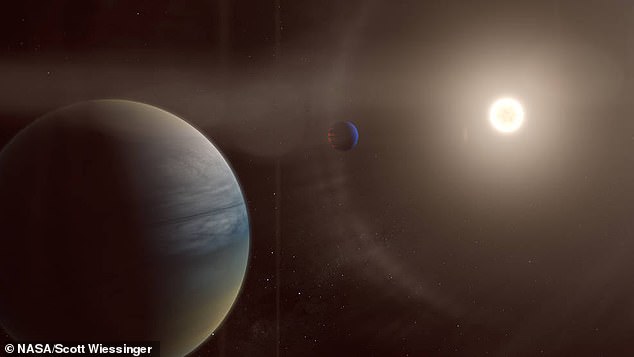 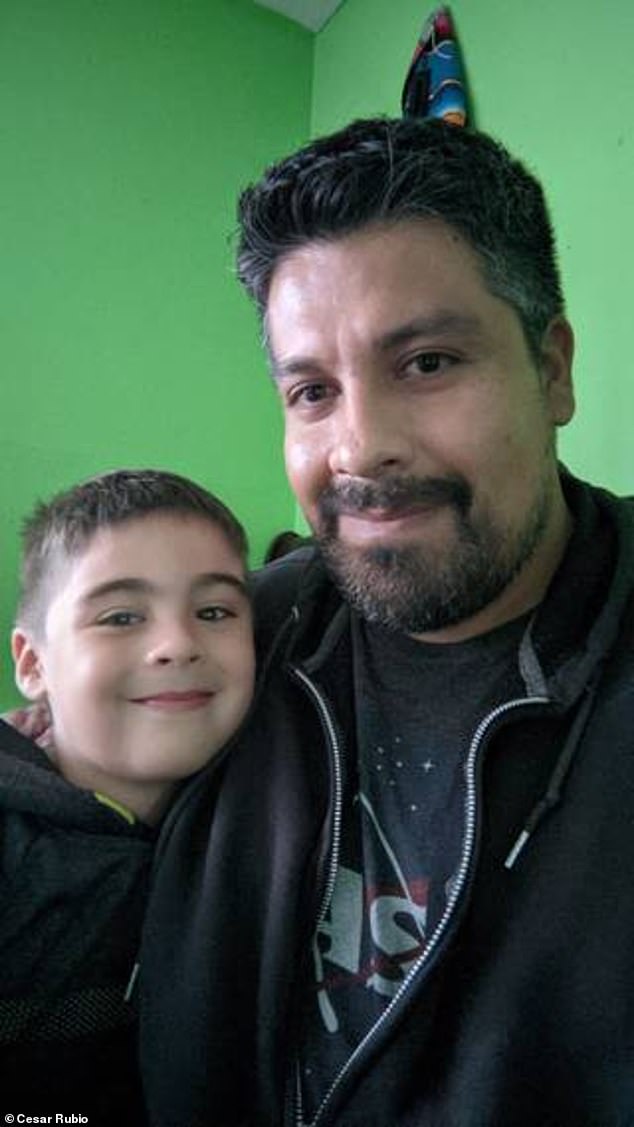 Planet b has a mass roughly 12 times that of Earth, while planet c’s mass is roughly 28 times.

The citizen scientists – of which there are 15, including Cesar Rubio and his son Miguel – were able to make the discoveries thanks to Planet Hunters TESS – NASA’s funded project that brings together astronomers and members of the public to find exoplanets – planet’s outside the solar system.

‘Studying them together, both of them at the same time, is really interesting to constrain theories of how planets both form and evolve over time,’ said the study’s lead author, Nora Eisner, a doctoral student in astrophysics at the University of Oxford, in a statement.

Rubio, a machinist from Pomona, California, said he felt like was making a contribution to science by being a part of Planet Hunters TESS.

‘I feel that I’m contributing, even if it’s only like a small part,’ Rubio explained, noting that the father and son sometimes look at the TESS website together.

More than 29,000 people around the world analyze data from NASA’s Transiting Exoplanet Survey Satellite (TESS) in search of exoplanets.

In January 2020, it discovered its first Earth-sized planet in a habitable zone, TOI 700 d, almost 102 light-years from Earth.

The 15 citizen scientists looked at a plot of HD 152843 showing its brightness and light curve after being observed by TESS for one month.

The curve showed three dips, signifying at least one planet orbited the star and ultimately two transits were flagged, resulting in an inner planet and an outer planet.

The planets are too hot and too gaseous to support life – as they are located inside the star’s habitable zone – but the researchers hope to learn more about them, including getting a definitive answer about their masses, thanks to the James Webb Telescope, set to launch later this year.

‘We’re taking baby steps towards the direction of finding an Earth-like planet and studying its atmosphere, and continue to push the boundaries of what we can see,’ Eisner added.

The study was recently published in the journal Monthly Notices of the Royal Astronomical Society.

Research by Ohio State University claims that within five years of it coming online, James Webb will have found signs of alien life on a distant world.

The telescope will be used to look back to the first galaxies born in the early universe more than 13.5 billion years ago.

It will also observe the sources of stars, exoplanets, and even the moons and planets of our solar system.

Officials from the space agencies responsible for the telescope say the cost may exceed the $8 billion (£5.6 billion) program cap set by Congress.

NASA has already poured $7 billion (£5 billion) into the telescope since it was first proposed as a replacement for the long-running Hubble space telescope.

James Webb is designed to last for five years but NASA hopes it will operate for a decade or more, although due to its distance from Earth it can’t be easily repaired.

It is 66ft by 46ft and will operate at the Sun-Earth Lagrange point about 930,000 miles from the Earth – almost four times further out than the moon.

disco, gaseous, planets, two, Were
You may also like: