The US Navy has picked up sonar data showing mysterious fast-moving objects underwater that cannot be explained by experts or current technology. Washington Examiner’s Tom Rogan said that US Navy “has the data” to prove the bizarre encounters. Some of these encounters could be included in the US Government task force which is preparing to brief Congress on its UFO findings next month.

This comes amid a flurry of footage showing bizarre encounters between US pilots and navy officers and unexplainable objects.

Last week, a newly-emerged video showed a dark spherical object move across the sky near a US Navy stealth ship, before suddenly veering into the water and disappearing.

The Pentagon later confirmed that the video, believed to be from 2019, was taken by US Navy personnel. 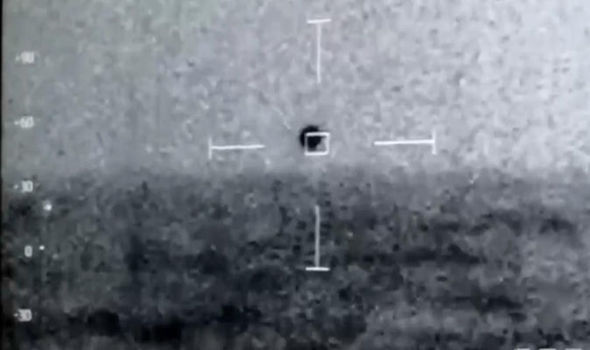 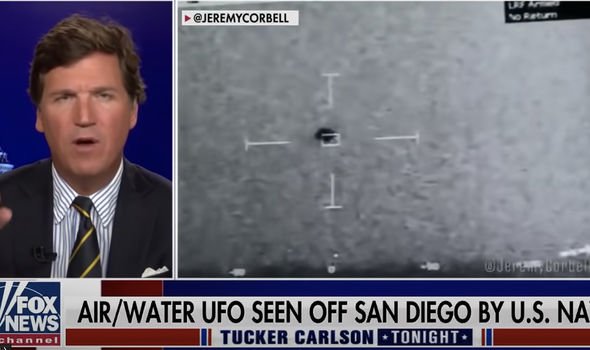 Mr Corbell said no wreckage was recovered from the sighting and the craft remains unidentified.

Speaking to Fox News’ Tucker Carlson about the new footage, Mr Rogan said: “Relevant to this video, an area we will learn more about is the interaction between US Navy submarines – nuclear ballistic submarines and attack submarines – picking up sonar contact of things moving at hundreds of knots under the water.

“There is an undersea dimension to this, on top of what the pilots are seeing above water.”

Mr Carlson responded: “Hundreds of knots under water? I don’t think people can even digest that.” 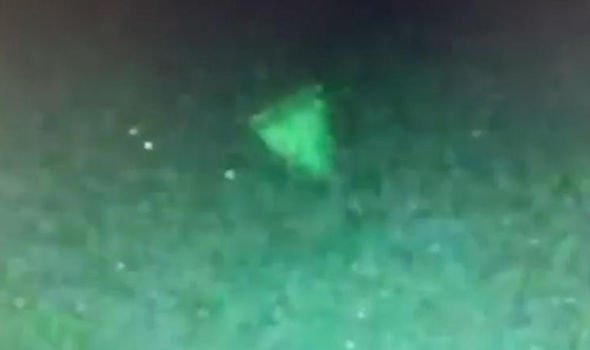 Mr Rogan added: “That is what I have heard from very good sources and that the US Navy has the data.”

Last month, Mr Corbell shared a video of another mysterious triangle craft flying near another US Navy ship.

He said: “Whether this being is worldly or otherworldly, we don’t know.

“It’s just part of a much larger series of events we are going to be learning about.” 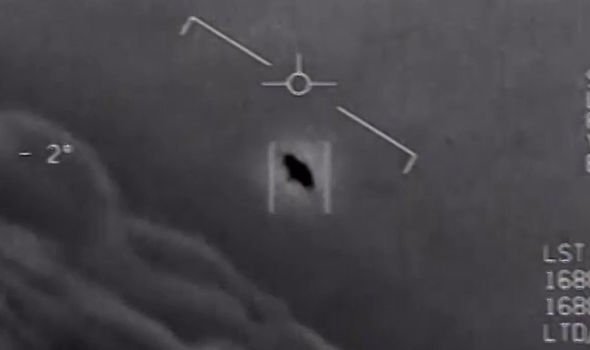 Even former US President Barack Obama confirmed that “footage and records” of unidentified objects exist.

He told CBS last week: “What is true, and I’m actually being serious here, is that there’s footage and records of objects in the skies, that we don’t know exactly what they are, we can’t explain how they moved, their trajectory.

“They did not have an easily explainable pattern. And so, you know I think that people still take seriously trying to investigate and figure out what that is.”

Also on CBS’ 60 Minutes programme, a former navy pilot said he had seen unidentified aerial phenomena (UAP) “every day for at least a couple years”.

In March, John Ratcliffe, Donald Trump’s former intelligence director, said the disclosure would reveal that there have been “a lot more” sightings of UFOs than have been made public.

Lue Elizondo, former director of the Pentagon’s Advanced Aerospace Threat Identification Program, said some of the UAPs that have been seen defied physics as we know it.

He said: “Imagine a technology that can do 6-to-700 g-forces, that can fly at 13,000 miles an hour, that can evade radar and that can fly through air and water and possibly space.

“And oh, by the way, has no obvious signs of propulsion, no wings, no control surfaces and yet still can defy the natural effects of Earth’s gravity. That’s precisely what we’re seeing.”