Freeloaders! ‘Vampire’ catfish which crave blood may travel through the Amazon river by using their larger hosts as taxis, study finds

The vampire fish, or candiru is known for being a parasite, sucking the blood of larger fish, and in one unusual case, swimming up a person’s urethra.

However, a new study suggests that this species of catfish lurches on to a larger host in order to traverse the difficult waters of the Amazon river.

While conducting research in April 2019, Chiara Lubich, an ichthyologist at the Federal University of Amazonas, saw there were several inch-long candiru of the Paracanthopoma species that were attached to the sides of thorny catfish (Doras phlyzakion). 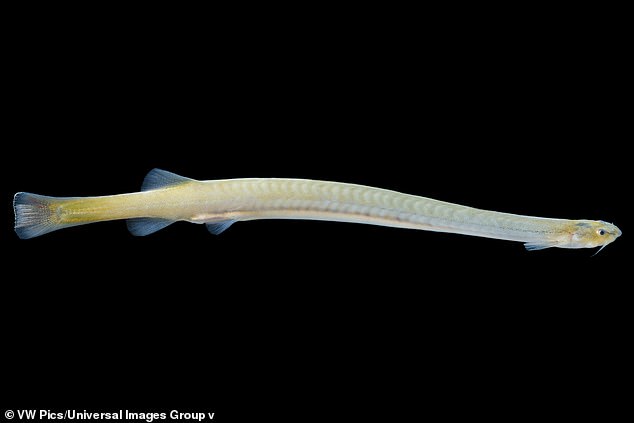 A new study suggests that vampire fish, or candiru, lurches on to a larger host in order to traverse the difficult waters of the Amazon river 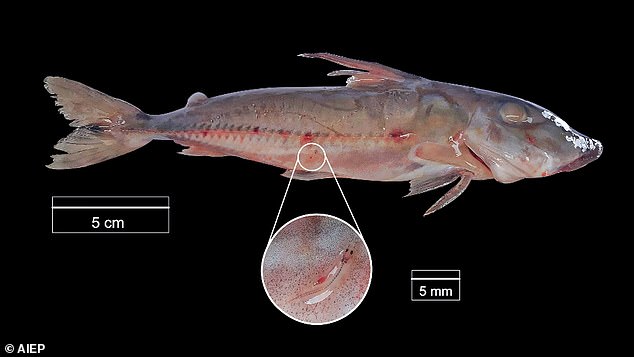 While conducting research in April 2019, ichthyologist Chiara Lubich saw there were several inch-long candiru of the Paracanthopoma (inset) that were attached to the sides of thorny catfish

All together, Lubich and the other researchers found nine thorny catfish, with a combined dozen candiru stuck to their sides.

‘Apparently, [the candiru] hook up and travel with the host for reasons other than food,’ Lubich said in an interview with Gizmodo, which first reported the news.

Some species of candiru have been seen with their heads in their host’s abdomens, Gizmodo noted.

Other species eat their host’s scales, mucus and some of their flesh, henceforth their vampire fish name.

The researchers were surveyed and collecting fish species in the Rio Negro, a major tributary river of the Amazon when they made their discovery. 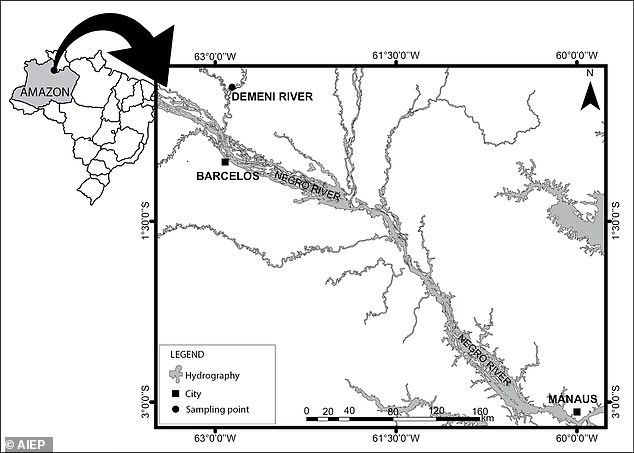 The researchers were surveyed and collecting fish species in the Rio Negro, a major tributary river of the Amazon when they made their discovery

Candiru, which can reach up to 16 inches in length in some species, are usually see-through, making it difficult for predators to see them.

It’s unclear at this time why the candiru attach themselves to the thorny catfish; it’s possible it could be for ‘protection or as a phoretic association,’ the researchers wrote in the study’s abstract.

‘It seems to me to be a plausible explanation,’ Larry Page, an ichthyologist at the Florida Museum of Natural History who was not involved with the research, said of the idea that the candiru are using the larger fish as a taxi.

‘But it seems likely that they are using the larger fish to move long distances, or perhaps they are doing both: feeding and hitching a ride.’

The fact that the Paracanthopoma were discovered attached to the fish without any contents in the stomach (such as blood, skin, flesh or mucus) highlights that the relationship between the parasite and the host ‘may be more complex than previously understood.’

‘I believe that much remains to be answered and known about this relationship, not only with thorny catfish, but the relationship between vampire fish and other species that we have not yet encountered and have not been reported on,’ Lubich told Gizmodo.

The study was published earlier this month in the journal Acta Ichthyologica et Piscatoria.