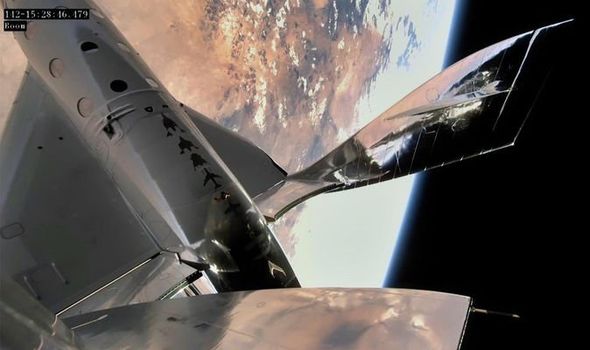 Sir Richard Branson and his crew of three flight specialists have been forced to reschedule today’s anticipated flight into space. The mission, dubbed Unity 22, was due to launch from New Mexico’s Spaceport America after 2pm BST (9am EDT). However, bad overnight weather in the launch area has forced the company to reschedule and push the flight back.

The good news is though the launch will still go ahead today (July 11) albeit more than an hour late.

Unity 22 is Virgin Galactic’s 22nd overall flight and its fourth venture into space.

The company tweeted this weekend: “Join us July 11th for our first fully crewed rocket powered test flight, and the beginning of a new space age.”

Flying aboard the VSS Unity spacecraft, Sir Richard and his crew will soar to an alitude of more than 50 miles.

While in space, the crew will experience about four minutes of weightlessness.

This is a breaking story. Refresh the page to see more.