The ‘evil stepmother’ has been a classic literary trope in the fairy tales of old, including Cinderella, Snow White and Hansel and Gretel.

But while Cinderella had a difficult upbringing – abused by a cruel stepmother – a new study suggests she may have outlived her evil stepsisters.

Researchers from East Carolina University, looked at data from more than 400,000 individuals born between 1847 and 1940 in the state of Utah.

Regardless of the gender of their remarried parent, stepchildren were shown to have lower rates of mortality than non-stepchildren, the researchers found. 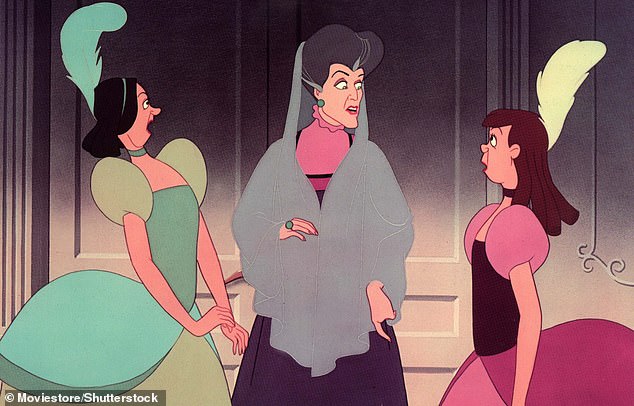 The evil stepmother Lady Tremaine, who has two daughters of her own, Drizella (left) and Anastasia (right) in the Disney adaptation. Inspired by portrayals of stepmothers, researchers investigated survival differences between stepchildren and their step-siblings

A stepmother went viral in December with a horrifying post asking for advice on how to ‘get rid’ of her fiancé’s four-year-old daughter.

Explaining the situation, the woman said she is seven months pregnant and engaged to a widower whose late wife died with their daughter was born.

She claimed the little girl is a ‘constant’ reminder of her fiancé’s late wife and said she fears their bond will ‘take away’ from her baby’s relationship with him.

The woman was blasted as ‘evil’ and likened to Cinderella’s evil stepmother.

Read more: Stepmother asks how to get rid of her partner’s child

The study was conducted by Ryan Schacht, an anthropologist at East Carolina University in the US, and other experts at the University of Utah.

‘The loss of a parent, the arrival of stepparents, and the birth of half-siblings all affect step-child survival,’ the study authors say.

The team wanted to investigate whether successful outcomes in life are linked to being related to one’s elders in a family.

Previously, it’s been thought that parents are expected to ‘prioritise investments’ in their biological children and be less concerned over children they may have inherited.

This belief may be to blame for the negative portrays of stepmothers in fiction – perhaps most famously in the folk tale Cinderella, adapted for the big screen by Disney in 1950.

‘Stepchildren are commonly reported to have poorer life outcomes – lower survival, more abuse and neglect – than children from homes with both biological parents,’ Schacht told MailOnline.

‘The interpretation was that stepparents were to blame for these negative outcomes.

‘This relationship was dubbed the “Cinderella Effect” as a nod to the fairy tale, but was rooted in evolutionarily-based arguments.’

In the story, Cinderella’s widowed father marries the wicked Lady Tremaine, who has two daughters of her own, Anastasia and Drizella.

Cinderella’s father dies shortly after, and the hero is forced to work as a scullery maid for Lady Tremaine and her two stepsisters, who are assumed to have lost their biological father.

The wicked stepmother characterisation is also used for some adaptations of the Evil Queen in Disney’s Snow White and the cannibalistic witch in Hansel and Gretel.

‘Folk tales of step-parental abuse abound cross-culturally and are embedded into stories taught to children,’ the researchers say.

‘We target this time period because it is marked by natural fertility, large families and an agrarian lifestyle – all characteristic traits of the family and economic conditions from which folk tales of step-parental mistreatment emerged,’ the team say. 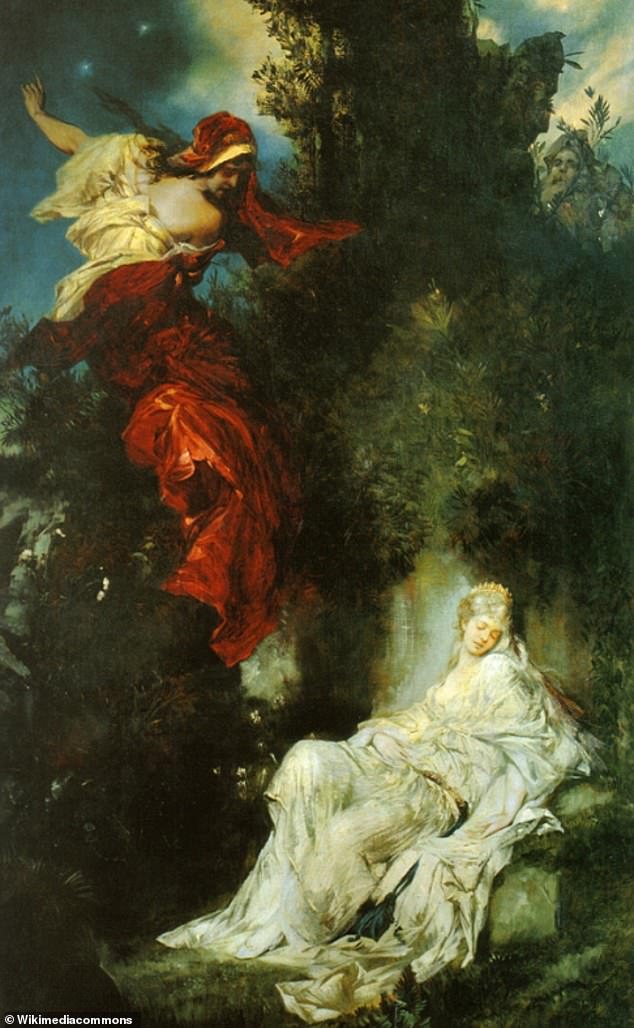 Researchers compared individuals who became stepchildren and those who did not – and found it was stepchildren with the lower rates of mortality.

As well as this, stepchildren faced no worse survival than other children who also lost a parent but whose other, surviving parent did not remarry.

‘We found that remarriage and the introduction of a step-parent into the household was not associated with increased mortality risk for stepchildren,’ they report.

‘When we specifically look at which parent died, we find that regardless of the gender of the remarrying parent, stepchildren have lower mortality risks than non-stepchildren.’

In another stage of their analysis, the researchers found stepchildren even had enhanced survival over their half-siblings (birthed by their biological parent and stepparent), although they’re not sure why.

Overall, among both stepchildren or non-stepchildren, maternal, but not paternal, death was significantly associated with excess mortality for both sons and daughters.

This potentially throws a spanner into the study’s findings, because Cinderella lost her mother at an early age.

The team conclude that their work helps address problems between stepparents and stepchildren in the modern era.

They stress that stepchildren are ‘integral to household functioning’ today, by caring for their siblings and ‘stabilising relationships’.

Stepparents should also invest love and support to their stepchildren as a form of ‘relationship commitment’ in order to develop and maintain their second marriage.

‘This work contributes to the increasingly recognised importance of cooperative relationships among non-kin for childcare and household functioning,’ they say in their paper, published in Philosophical Transactions of the Royal Society B.

The real ‘wicked stepmother’: Duchess of Sutherland shocked Victorian society with her scandalous affair and left her stepchildren seething as she tried to deny them their inheritance

In 1875 the Hyde Park Gate townhouse became the London home of Mary Caroline Blair (nee Mitchell) and her husband Captain Arthur Blair, who she had married in 1872.

Captain Blair had served since 1861 as the land agent and financial advisor to George Sutherland-Leveson-Gower, 3rd Duke of Sutherland (1828-1892). At the time the duke was one of the richest people in Britain, owning 1.4million acres of land and Lancaster House, a private palace on the Mall adjacent to Buckingham Palace.

At Hyde Park Gate the Blairs entertained the 3rd Duke of Sutherland, the Duke’s sister Constance (the Duchess of Westminster), Lord Ronald Gower (the Duke of Sutherland’s younger brother), and Oscar Wilde, who was a close friend of both Constance and Lord Gower.

In 1882, Mary Blair became the Duke of Sutherland’s mistress and in 1883 when her husband died after a shooting accident gossips speculated that it was suicide or murder, although the official verdict was accidental death.

As documented by biographer Catherine Layton in her 2018 book Power Play: The Life and Times of Mary, Dowager Duchess of Sutherland, the affair between the married Duke (whose wife Anne was a friend of Queen Victoria) and the widow continued after her husband’s death. 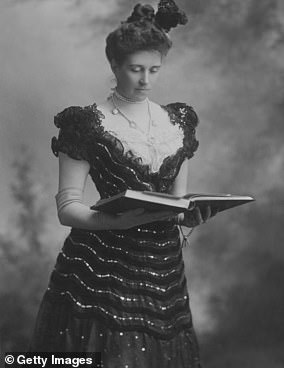 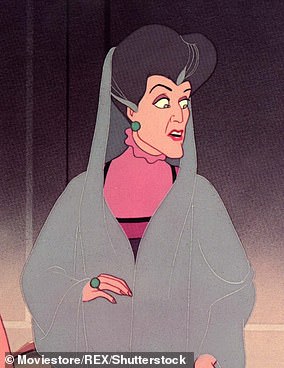 But in 1889 Mary caused scandal when she and the Duke married only four months after the death of the Duke’s estranged wife. The marriage broke aristocratic convention that widowers should not remarry for a year, and went against a written request to the Duke from Queen Victoria who was still grieving over Anne’s death.

The new duchess was pushed away from society, and in 1892, when the duke died, he left Mary his fortune, instead of leaving his estate to the children from his first marriage; his son Cromartie, 4th Duke of Sutherland, and his daughters, Lady Florence and Lady Alexandra.

Although the will was contested, the court case was complicated by the duchess having the document (which laid out provisions for his children) burnt. Mary was jailed for contempt of court but to avoid further scandal, the 4th Duke of Sutherland reached an agreement with his ‘wicked stepmother’.

She was given sufficient funds to build Carbisdale Castle in Scotland and maintain the townhouse at Hyde Park Gate.

Mary’s antics at Hyde Park Gate influenced Oscar Wilde, with a photograph of the duchess appearing alongside an ad and editorial about A Woman of No Importance, published in The Illustrated London News on 29 April 1893.

PR savvy Oscar Wilde scheduled the play to premier the evening the Dowager Duchess went to Holloway Jail which generated further publicity for both the play and Mary.

a, Cinderella, fairytal, Just, was
You may also like: