NASA’s most sophisticated rover yet is about to attempt a plunge to the surface of Mars.

Perseverance — or “Percy,” as NASA engineers have nicknamed the robot — will end its seven-month, 300-million-mile journey through space on Thursday. To brake its fall, the rover will depend on a parachute and a jetpack to help it navigate safely to a flat landing spot.

“I don’t think I’m exaggerating when I say that entry, descent, and landing is the most critical and most dangerous part of a mission,” Allen Chen, who leads that process for Perseverance, said in a recent press briefing.

If Perseverance survives the landing — a feat accomplished by only half the spacecraft that have attempted it — its wheels will touch Martian soil at about 3:44 p.m. ET on Thursday. It’s aiming for an ancient lake bed called Jezero Crater, where Perseverance will hunt for fossils of ancient alien microbes.

NASA will provide live coverage of the landing attempt from mission control, where engineers and mission managers will pace the floors and (perhaps metaphorically) bite their nails. They have a special nickname for this phase of a Mars mission: “seven minutes of terror.”

Because it takes 11 minutes for signals from Perseverance to travel to Earth, nobody will know what’s happened to the rover until about 3:55 p.m. If the rover has landed successfully, the mission control room will surely burst into cheers and applause.

“I don’t think that COVID is going to be able to stop us from jumping up and down and fist bumping. So you’re going to see a lot of happy people, no matter what, once we get this thing on the surface safely,” Matt Wallace, the mission’s deputy project manager, said in the briefing.

You won’t be able to watch the landing itself — but footage of that could become available soon after. Perseverance is set to record the first-ever video and audio of a Mars landing, and NASA has said it will make that footage available to the public in the weeks following landing. The first clips could reach Earth as early as this weekend.

On Thursday, however, NASA TV will air a live broadcast with commentary to explain what’s happening in real time, starting at 2:15 p.m. ET. You can watch below:

A Spanish-language broadcast will begin at 2:30 p.m. ET. NASA will also provide a live feed of mission control chatter without commentary. We’ll embed both of those livestreams here once they’re available.

Entry, descent, and landing milestones to listen for 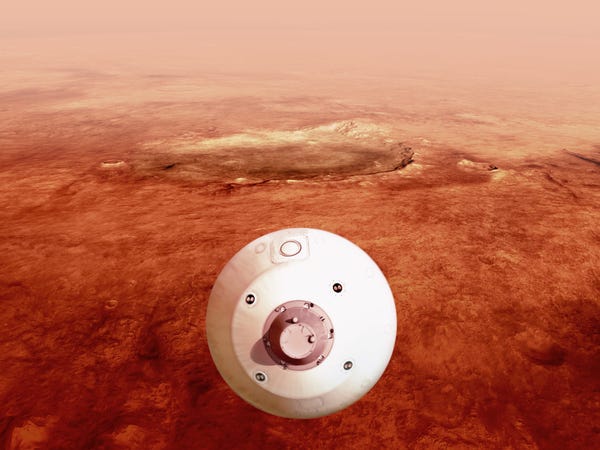 To plop down on Mars without crashing, the rover’s landing apparatus must perfectly execute a series of precise, automated maneuvers.

Mission controllers on the livestream will likely call out each signal from the rover as it comes in, indicating that it has completed a major step of the high-speed landing process. Here are the call-outs to listen for, and when to expect them: 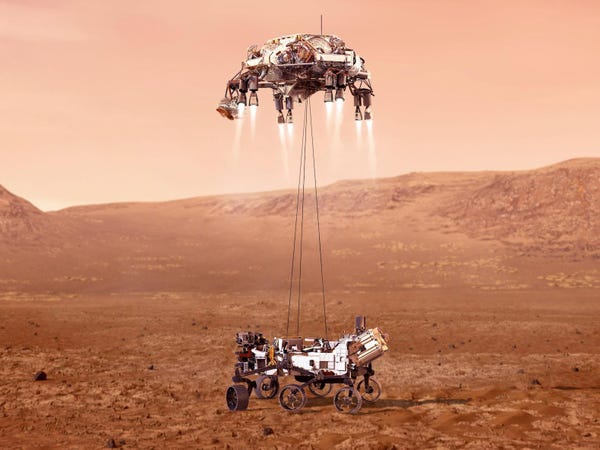 Jennifer Trosper, deputy project manager for the rover at NASA’s Jet Propulsion Laboratory, said in a briefing on Tuesday that “Perseverance is operating perfectly right now, and that all systems are go for landing.”

If Perseverance lands successfully, it will spend its first few weeks on Mars checking all its systems and pinpointing any issues so that engineers on Earth can troubleshoot. Once everything is determined to be in working order, the rover will open its belly panels to release a small drone called Ingenuity. The little helicopter is set to attempt the first-ever rotocraft flights on another planet. Perseverance will attempt to record video of Ingenuity’s test flights.

Then the rover will set out on its hunt for alien fossils in the cliffs and sandy plateaus of Jezero Crater.

COVID-, Mars, Nasa, rover, Thursday
You may also like: