Follow
Home » Science » What are the chances of earth being hit by an asteroid?

NASA successfully smashed its Dart probe into an asteroid on Monday, an intentional collision designed to test whether the space agency could safely knock asteroids off a collision course with Earth. But how much of a risk is this, really?

Scientists have identified approximately 750,000 asteroids to date, most of which are part of the solar system’s main asteroid belt and remain many millions of miles from Earth.

The chances of an asteroid hitting the Earth decrease with the size of the object – thousands of meteorites pass through the atmosphere each year but the probability of an asteroid causing significant destruction is extremely low.

According to NASA, asteroids are small rocky bodies that orbit the Sun. These differ from what we call comets which are composed of rock, ice and gas.

The majority of the asteroids in our solar system are found in the main asteroid belt, a region between Mars and Jupiter.

Every so often, comets and asteroids will be nudged by the gravitational attraction of nearby planets into orbits that thrust them to within 120 million miles of the Sun into the Earth’s vicinity. 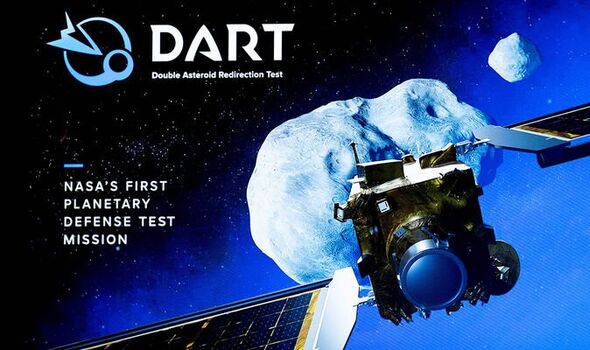 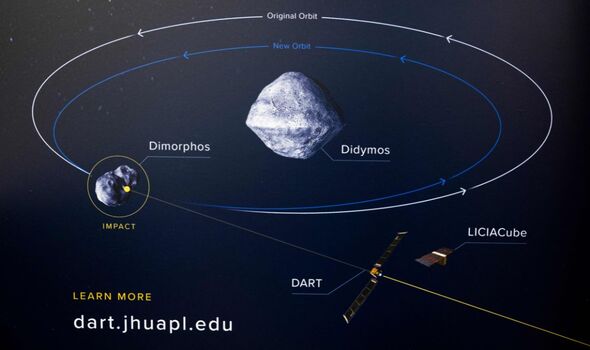 Most NEOs have orbits that don’t bring them very close to Earth and pose little risk of impact, but a small portion – those heading within 4.6 million miles of Earth’s orbit around the Sun – are deemed Potentially Hazardous Asteroids (PHA) and are tracked very closely.

On September 9, NASA raised the alarm for a PHA it called Asteroid 2008 RW. At 310 feet wide and travelling through space at over 22,800 miles per hour, it came closest to Earth on September 12 at just 4.1 million miles.

Most recently, on September 26, NASA issued a warning for an NEO named Asteroid 2022 SY4 that was travelling towards the Earth at 26,239 miles per hour and set to come within 572,000 miles of our planet.

The same day, NASA’s Double Asteroid Redirection Test (DART) mission intentionally crashed a probe into an asteroid seven million miles away to test the feasibility of preventing a dangerous asteroid’s collision with Earth.

A total of fourteen asteroids are destined to become NEOs in the next three days.

Roughly four billion years ago our planet was regularly bombarded by large asteroids and comets – events scientists have credited with bringing the water and carbon-rich materials that enabled life on Earth.

Astronomers estimate that there are several million asteroids with the potential to hit our planet, but ones sufficiently large to pose a risk to humans are rare.

By analysing the size of craters on the Moon, scientists found an inverse relationship between the size of the object and the frequency of impacts – the bigger the asteroid the less likely it is to collide with another object.

An asteroid with the potential to compromise the planet for human life – with a size of six miles or more in diameter – is expected to fall to Earth once every 100 million years.

These are would be classed as an impact event –  a collision between astronomical objects causing measurable effects.

The last known impact event on Earth was the 3.1 to 9.3-mile wide asteroid that caused the Cretaceous–Paleogene extinction event, which wiped out the dinosaurs along with up to 70 percent of life on Earth 66 million years ago. 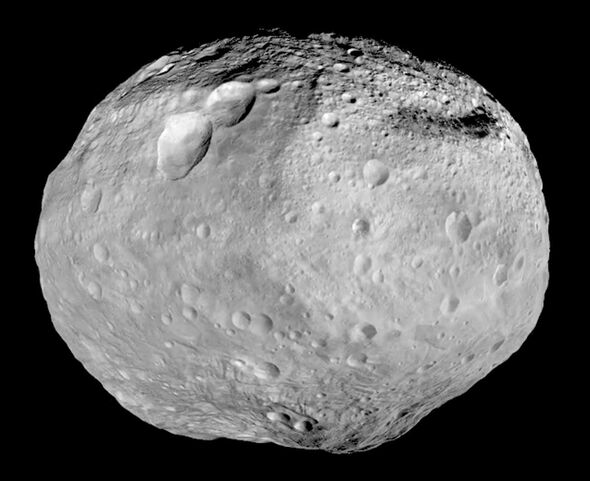 Large collisions – with objects of up to three miles in diameter – occur approximately once every 20 million years.

Asteroids between 50 and 100 meters (164 to 328 feet) across can strike much more frequently, approximately every thousand years, yet still have the potential to destroy a large city.

However, thousands of smaller asteroids come into contact with the Earth’s atmosphere each day, burning up into smaller pieces or vaporising completely.

Asteroids bigger than three meters in diameter hit the Earth about once a year, generally noticeable by nothing more than a bright flash in the sky.

Asteroids to which this happens are called meteors or shooting stars, while the chunks that break through and hit the surface are known as meteorites.

According to a stuffy by the University of Manchester and Imperial College, there are about 17,000 of them a year. However, these typically go unnoticed because they fall in unpopulated areas or into the oceans and seas.

The chances of being killed by an asteroid or meteorite are astronomically small – far smaller than that of being hit by lightning.