What your favourite song lyrics say about your attachment style

What your date’s favourite song lyrics say about them: People who love Adele’s ‘Someone Like You’ tend to be ANXIOUS, while those who prefer Sonny & Cher’s ‘I Got You Babe’ are more secure, study claims

When going out on a first date, you might think the best topics to chat about are hobbies and interests.

But a new study suggests that the best thing to discuss to find out if you are a perfect match is your date’s favourite song lyrics.

Researchers from the University of Toronto say that the words to our most-loved tunes reveal our attachment style, whether that’s ‘anxious’, ‘avoidant’ or ‘secure’.

Lyrics like ‘guess she gave you things that I did not give to you’ from Adele’s ‘Someone Like You’ reflect an anxious attachment style, according to the study.

Individuals with an avoidant attachment style may gravitate towards Tina Turner’s ‘What’s Love Got to do With It?’, which includes the words ‘who needs a heart when a heart can be broken?’.

However, those with a secure attachment style may like ‘there ain’t no hill or mountain we cannot climb’ from Sonny & Cher’s ‘I Got You Babe’. 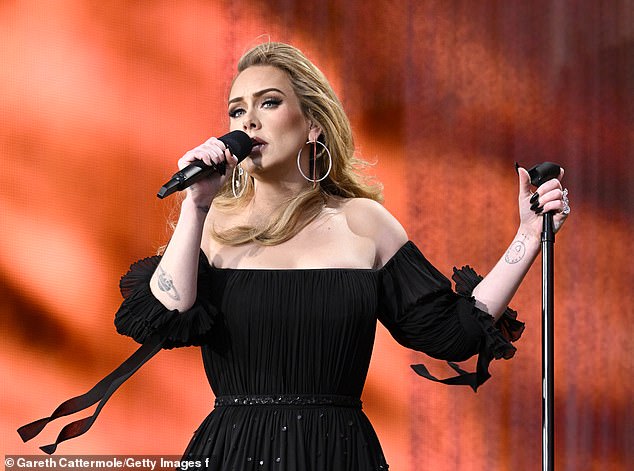 Lyrics like ‘guess she gave you things that I did not give to you’ from Adele’s ‘Someone Like You’ reflect an anxious attachment style, according to the study 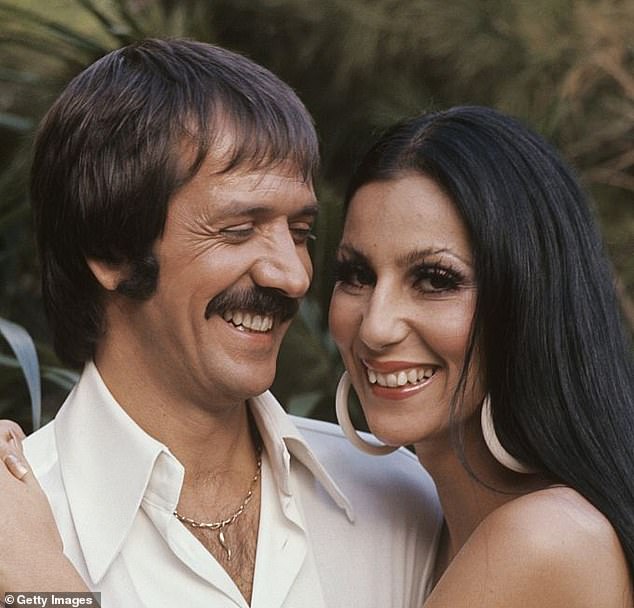 However, those with a secure attachment style may like ‘there ain’t no hill or mountain we cannot climb’ from Sonny & Cher’s ‘I Got You Babe’

WHAT ARE THE THREE MAIN ‘ATTACHMENT STYLES’?

Anxious – Anxiously attached people are often needier in romantic relationships and need more reassurance, as they fear rejection or the loss of a relationship. Around 20 per cent of the population have an anxious attachment style.

Avoidant – Avoidants are much more likely to avoid intimacy altogether and keep other people at a distance. They are wary of closeness and can feel trapped by romantic relationships. Approximately 25 per cent of people have an avoidant attachment style.

Secure –  Securely attached people have little trouble communicating with their partners. They don’t shy away from intimacy, but they are also comfortable on their own. They find it easier to form long-lasting and fulfilling relationships.

Previous studies have revealed that an individual’s music taste can reveal a lot about their personality.

For example, tesearchers from the University of Cambridge found that Ed Sheeran’s song ‘Shivers’ appeals to extroverts, while Nirvana’s ‘Smells like Teen Spirit’ is enjoyed by those with neurotic traits.

A Spotify survey also found that people who like Aretha Franklin and soul music tend to be more agreeable, and lovers of folk music are more likely to be open.

In the new study, published in Personal Relationships, the researchers set out to understand whether music taste also reflects our attachment style in relationships.

People with a secure attachment style are capable of building and maintaining long-lasting relationships, as they are comfortable with proximity.

However, an anxious attachment style indicates that the individual fears rejection or the loss of a relationship, and therefore tends to be overly attentive of their partner and seeks constant reassurance of their bond.

Meanwhile, individuals with an avoidant attachment style feel uncomfortable when their partner starts to get too close, and may have difficulty trusting them or pull away.

The research team asked 502 people to list at least seven of their favourite English language songs about relationships.

‘i hate u, i love u’ by Gnash and Olivia O’Brien – Anxious and Avoidant

The participants then took assessments to determine their attachment style and levels of the ‘Big Five’ personality traits – extraversion, agreeableness, openness, conscientiousness, and neuroticism.

Their favourite songs were then analysed to establish whether the lyrics portrayed an anxious, avoidant or secure attachment style.

After comparing the results with the participants’ attachment styles and personality traits, it was found that avoidant people tended to like lyrics that reflect their attachment style.

The same trend was not seen for those with an anxious attachment style, as instead they seemed to like music with ‘validating and self-expressive themes about relationships’.

Those who scored high in the personality traits of neuroticism and conscientiousness typically enjoyed lyrics that express anxiety.

Surprisingly, those who scored high in openness did not prefer lyrics that expressed secure attachment.

In a second study, the researchers analysed the lyrics of the 823 most popular songs from 1946 to 2015 to determine which attachment styles their plots expressed.

It was found that the subjects of chart-toppers have become more avoidant over time.

The authors wrote: ‘We found evidence suggesting that Western culture’s diminishing orientation toward social engagement is reflected in the rise of avoidant popular music.

‘We hope that these findings will stimulate consideration of the value that lyrics can hold for describing, representing, and potentially influencing individuals’ perspectives on and approaches to relationships.’

The Big Five personality framework theory uses these descriptors to outline the broad dimensions of people’s personality and psyche.

Beneath each broad category is a number of correlated and specific factors.

Here are the five main points:

Openness – this is about having an appreciation for emotion, adventure and unusual ideas.

People who are generally open have a higher degree of intellectual curiosity and creativity.

They are also more unpredictable and likely to be involved in risky behaviour such as drug taking.

These people are self-disciplined and act dutifully, preferring planned as opposed to spontaneous behaviour.

They can sometimes be stubborn and obsessive.

Extroversion – these people tend to seek stimulation in the company of others and are energetic, positive and assertive.

They can sometimes be attention-seeking and domineering.

Individuals with lower extroversion are reserved, and can be seen as aloof or self-absorbed.

Agreeableness – these individuals have a tendency to be compassionate and cooperative as opposed to antagonistic towards other people.

Sometimes people who are highly agreeable are seen as naive or submissive.

People who have lower levels of agreeableness are competitive or challenging.

Neuroticisim – People with high levels of neuroticism are prone to psychological stress and get angry, anxious and depressed easily.

More stable people are calmer but can sometimes be seen as uninspiring and unconcerned.

Individuals with higher neuroticism tend to have worse psychological well-being.