Follow
Home » Science » WhatsApp crashes for users across the UK

WhatsApp crashes for users across the UK

WhatsApp is DOWN: App crashes for frustrated users across the UK – leaving them unable to send or receive messages

It’s the go-to messaging app for many people around the world, but it appears that WhatsApp is experiencing issues this morning.

According to DownDetector, the problems started at around 08:20 BST, and are affecting users across the UK.

MailOnline tried to access the app and was unable to send or receive messages or photos. 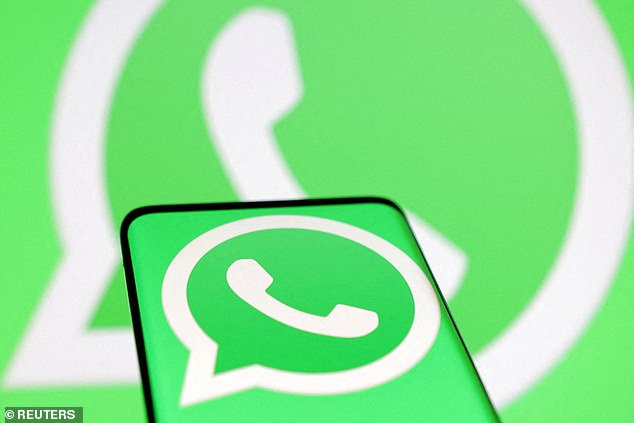 It’s the go-to messaging app for many people around the world, but it appears that WhatsApp is experiencing issues this morning

So far, more than 60,000 issues have been logged on DownDetector

So far, more than 60,000 issues have been logged on DownDetector.

Of those who logged a report, 55 per cent said they were having issues sending messages, 41 per cent were experiencing a server connection, and five per cent simply said there was a problem with the app.

While WhatsApp is yet to comment on the outage itself, several frustrated users have taken to Twitter to discuss it.

One user wrote: ‘So I was blaming my WiFi but actually I got to check on Twitter that the WhatsApp is down.’

Another added: ‘Is WhatsApp down? Is it me or are you all facing an issue? I haven’t received a message in the last 30 minutes and it’s unusual.’

And one joked: ‘When your WhatsApp is playing up but you come to Twitter and see that everyone else is having the same problem.’

The outage comes shortly after WhatsApp launched ‘stealth mode’, which allows you to select who can see when you’re on the app.

The tool was one of three privacy features announced by Mark Zuckerberg, founder and CEO of WhatsApp’s parent company Meta, in August.

‘We’ll keep building new ways to protect your messages and keep them as private and secure as face-to-face conversations,’ Zuckerberg said.

Stealth mode has been rolled out to all users, and allows you to choose who can see when you’re online.

‘Seeing when friends or family are online helps us feel connected to one another, but we’ve all had times when we wanted to check our WhatsApp privately,’ WhatsApp explained.

‘For the times you want to keep your online presence private, we’re introducing the ability to select who can and can’t see when you’re online.’ 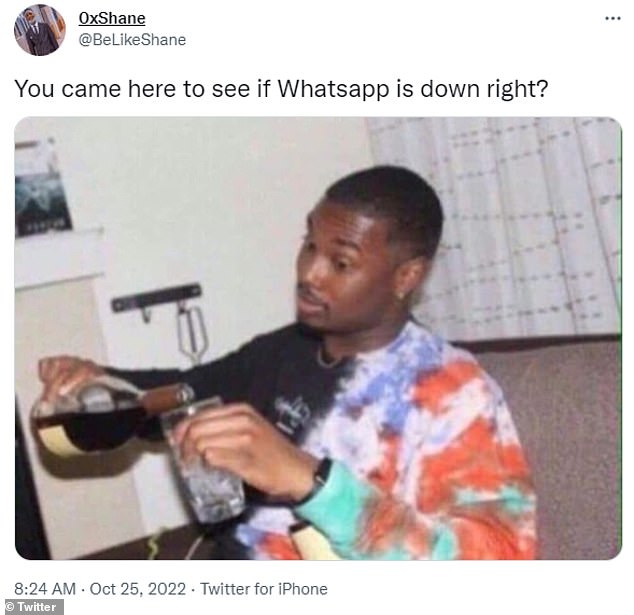 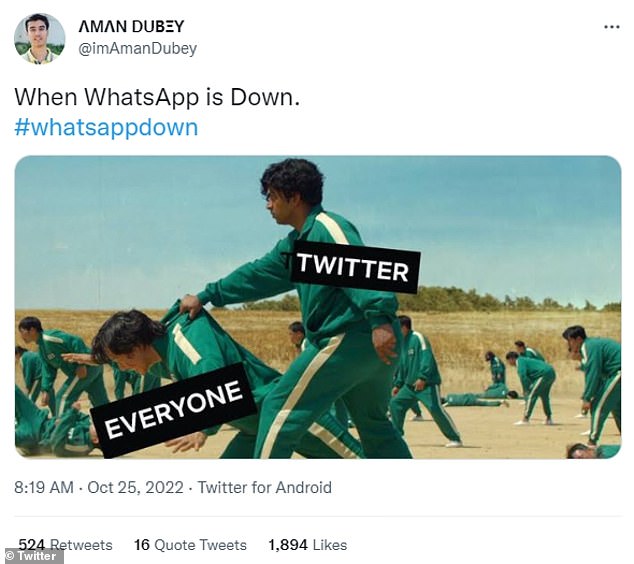 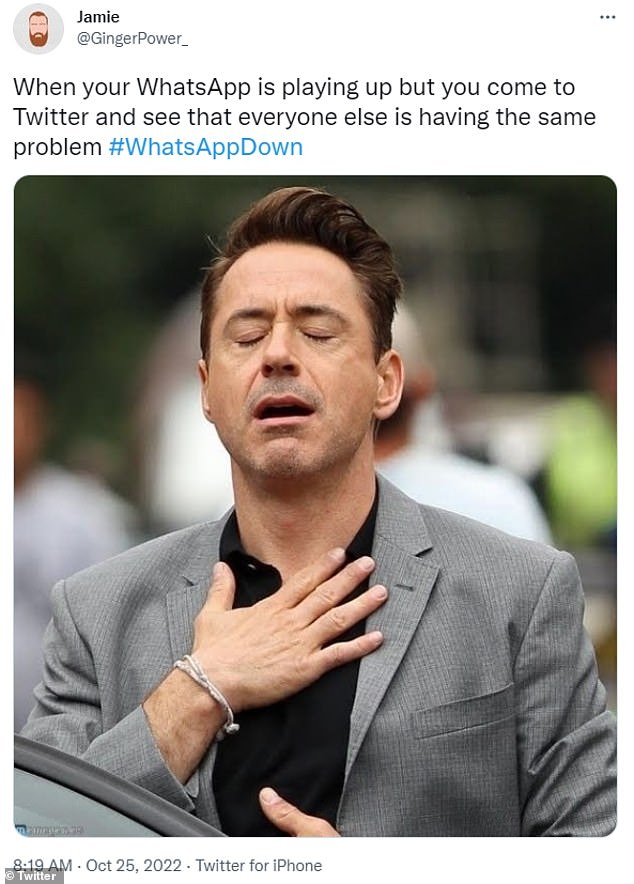 While WhatsApp is yet to comment on the outage itself, several frustrated users have taken to Twitter to discuss it