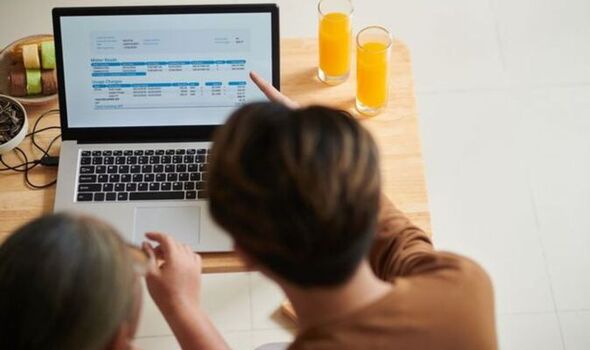 A woman who frequently argued with her husband about money and bills says it drove her to have an affair and that her lover now pays thousands towards her monthly mortgage – without her spouse’s knowledge.

But she says the cost of living crisis has put their relationship under unbearable strain, with arguments breaking out every night over how they can afford to keep a roof over their heads.

Julia* turned to an infidelity website to escape from everyday pressures, and after seeing the stress she was under, her lover offered to help front some costs, reports The Mirror.

Although the mum-of-three feels guilty for going behind her husband’s back, she says it has helped relieve a lot of stress.

“It got to the stage where every single night it would come up – everywhere you look is news of mortgages, bills, and interest rates,” Julia* said.

“It’s suffocating, especially when you’re already struggling to afford it before any of this happened.”

Six months ago, Julia* turned to the marital affairs site Illicit Encounters, which is where she met her secret partner.

Seeing the stress she was under, he then offered to help her out – without her husband knowing.

It is not something Julia says she asked him for but, with money being so tight and arguments over finances being one of the main reasons she turned to an affair in the first place, she is letting it happen.

“He was just really friendly and obviously attractive,” she explains.

“The money stuff had never crossed my mind – we’ve talked about money when we were together and he knew about my situation at home and the stress it is causing.

“He’s quite successful and really genuine and wanted to do it.”

Her lover pays into her personal account which she uses to pay her share of the mortgage each month.

And while she is petrified about her husband finding out, she says it has massively relieved her money woes.

“We’ve got children so the house has always been the biggest worry for me,” she states.

“You can make cheaper meals, have the heating on less, and cut back, but how do you cut back on your mortgage?

“The worries are obviously still there and coming up in conversation all the time but having that bit of extra support has helped so much.

“It’s up to him as to how long he keeps paying, not me. No one knows when this whole financial crisis will blow over.”

Now her children are either in nursery or at school, Julia* is able to meet up with her secret lover a couple of times a week.

On whether she will eventually leave her hubby of a decade, she says it’s “still early days.”

“It’s not something I’ve thought about at the moment. I’m enjoying spending what time I can with him at the moment,” she adds.

“Interest rates, mortgages, household bills are all the highest they’ve been for decades,” she comments.

“It’s piling the pressure on couples and we’ve seen evidence it’s creating an environment for increased affairs across the country.

“October is now the third consecutive record month for sign-ups – having reported a 100 per cent increase month-on-month.

“We recently polled 1,000 of our members on the question; do you think the cost of living crisis is impacting your marriage and making you more likely to cheat? With an overwhelming 85 per cent answering yes.

“Furthermore, an increased number of members are admitting that their partners are now helping them financially, which has spiked from 4 per cent to 16 per cent in the past five months.”

*Julia is not her real name. A pseudonym has been used to protect her anonymity.