Have YOU regretted a one night stand? Women tend to feel guiltier about casual sex than men, study reveals

Women tend to regret casual sex more than men – but not enough to stop themselves from having more one-night stands, a new study reveals.

But women who do regret a one night stand don’t feel bad enough about it to change their behaviour for next time – likely due to the power of a high sex drive. 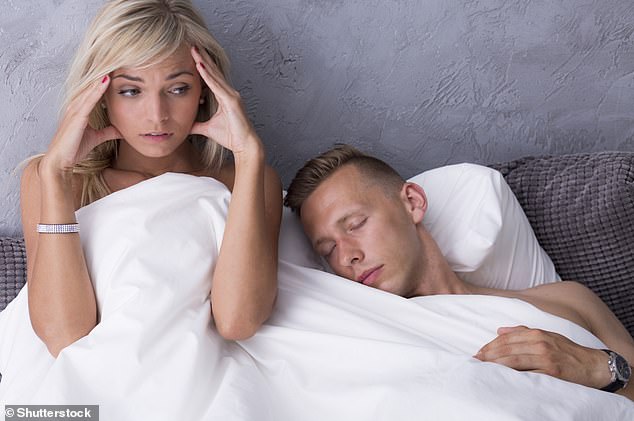 CASUAL SEX IN THE COVID ERA

Covid-19 has made us rethink everything – especially sex.

The sexual freedom many previously enjoyed – having commitment-free sex that is no longer frowned upon – is no longer just a swipe away.

Dating studies say lots of people, particularly women, stopped looking for a prospective partner once it became clear the virus was dangerous.

The Kinsey Institute in America launched an ongoing sex and relationships study in March 2020 and found about half of those involved are less sexually active than before.

Research indicates the same is happening in the UK and Australia.

Video platforms are also making sexual activity virtual in the time of Covid.

Read more: Sexpert Tracey Cox reveals how to hook up safely during the pandemic

The experts found little evidence that sexual regret is ‘functional’ – in other words, it doesn’t really contribute to any real change in behaviour.

In women, this change of behaviour would be reducing the number of one-night stands, as well as choosing better quality partners and shifting strategies to long-term relationships.

‘We are not that surprised,’ said study author Professor Leif Edward Ottesen Kennair at the Norwegian University of Science and Technology (NTNU).

‘For the most part, people continue with the same sexual behaviour and the same level of regret.’

The research team previously found 35 per cent of women feel guilty about having casual sex, compared with 20 per cent of men.

Factors that drive this difference include pregnancy concerns, STD infections and getting a bad reputation, they revealed.

This new study looked at the potential of ‘sexual regret’ to alter future behaviours.

Many psychologists assume that regret and other emotions have a function – that they’ll influence our behaviour so that we modify it.

For example, after experiencing negative emotions, we may change our behaviour to reduce the risk of having those negative feelings later.

Likewise, a feeling of disgust can protect us against infection, while fear can protect against danger.

‘Researchers have found that most people believe this is true for regret,’ said postdoctoral fellow Trond Viggo Grøntvedt at NTNU.

‘They assume that regret is actually a helpful negative feeling. People assume it guides them not to repeat what they regretted.’

For their study, researchers recruited 621 participants who answered a questionnaire about sexual regret two times, at approximately 4.5 month intervals.

This approach made it possible to study changes over shorter periods of time.

‘We wanted to examine if their level of regret contributed to a change in behaviour the next time around,’ said Professor Mons Bendixen, also at NTNU.

Both women and men regretted what they did the last time an opportunity for casual sex arose, but they often regretted completely different choices.

In other words, women – and some men too – feel regret for engaging in casual sex, but this emotion isn’t powerful enough to overcome human lust.

As the researchers point out, when the opportunity for sex arises ‘and horniness takes over’, we probably react just like the time before.

‘If regret helped, would not most sinners eventually become saints?’ said Professor Kennair.

‘We have repeated that regret is adaptive in all our articles on the subject in recent years – and now we have tested it.’

While men regretted passing up on one-night stands, researchers found ‘no clear evidence’ that this inaction regret was enough for them to engage in more one-night stands.

This may be because men aren’t necessarily going to hook up with someone just because they want it to happen.

The study has been published in Evolutionary Psychology.

35% OF WOMEN FEEL GUILTY ABOUT HAVING CASUAL SEX: 2017 STUDY

In 2017, NTNU scientists found 35 per cent of women tend to feel guilty after having a one night stand.

But just 20 per cent of men regretted getting into bed and doing the deed with a stranger.

60 per cent of men are annoyed by their decision to turn down their most recent opportunity of casual sex.

And the reason why women tend to feel guiltier could be down to evolution, they suggest.

To assess the attitudes towards one night stands, researchers questioned Norwegians – supposedly of a more sexually liberal background.

263 students aged between 19 and 37 who had experienced one casual sexual encounter were surveyed.

It was far more common for women to regret saying yes (35 per cent), the researchers from Norwegian University of Science and Technology discovered.

Only 30 per cent reported feeling happy with their most recent one night stand. But more than half of men said the same.

At the same time, nearly 80 per cent of women were happy they refused their previous chance of having casual sex.

But just 40 per cent of men feel that they made the right decision in passing up the opportunity.

‘Men enjoy casual sex considerably more, but this doesn’t explain the gender difference in regret, because gender is the most important influencing factor for both orgasm probability and sexual regret after casual sex.’

They are less happy about the experience – mainly due to their worries of pregnancy, STIs and getting a bad reputation.

While it is conceivable that women feel more regret due to them not achieving as much sexual pleasure, evolution could also be to blame, with men and women both having varying attitudes towards sex.

The researchers pointed to the fact that, theoretically, men can father thousands of children.

This was used frequently in the past to boost the chances of having children that would survive.

But this meant that the quality of their sexual partner is compromised.

The researchers said this has caused many males to care only about the number of sexual opportunities possible to them.

However, women are more focused on quality partners.

casual, More, regret, Sex, t, Women
You may also like: