Follow
Home » Science » WWI canon found 4,000 miles away from where it was last fired

WWI canon found 4,000 miles away from where it was last fired 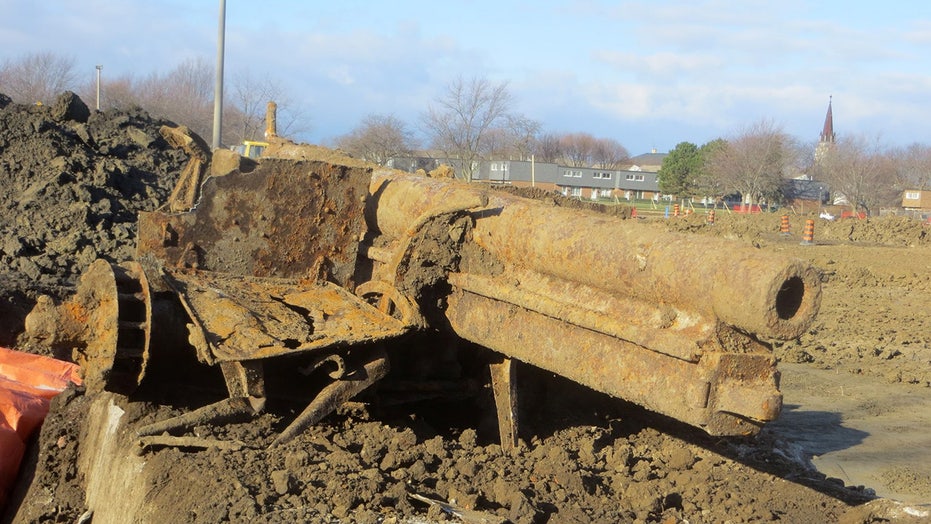 A canon used by the Germans during World War I has been discovered — nearly 4,000 miles away from where it was last fired.

The Feldkanone 96 was discovered in Amherstburg, Ontario, where builders were bulldozing an old baseball field to make way for a new school.

The town's mayor, Aldo DiCarlo, said the discovery was "unusual" because so many people forgot about it after it was captured by Canadian troops during the war. 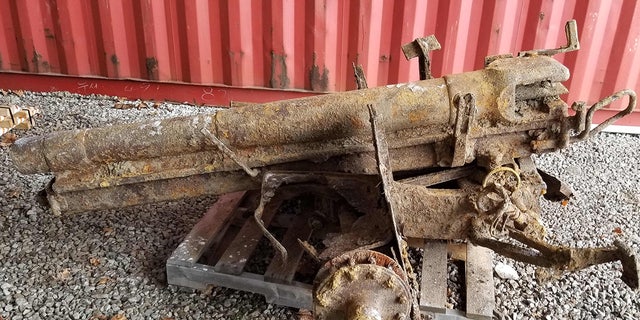 "[We've] already received communication from a number of military historical associations that are interested in what we're doing with it and have even offered to help restore it," DiCarlo told CBC News last month. "The historical significance I think just can't be overstated, it is really something."

In an interview with The Sun, DiCarlo said the canon was one of more than 1,100 other trophies, including howitzers, trench mortars and field guns, that were shipped back to Canada in 1922.

DiCarlo added that the cannon was originally put on display in 1922 as part of a cenotaph, but by 1971, the school acquired additional land and with the cannon in such disrepair, it was not moved when the cenotaph itself was moved.

The exact history of the gun is still being researched, but DiCarlo noted it's possible it could have been obtained during the 1918 victory in Cambrai, 3,935 miles away from where it currently resides.

"What is interesting about this piece is that it's breech block is intact," DiCarlo continued. "Often, if an enemy was going to capture a weapon the crew would attempt to sabotage it to prevent it being used against them later. It appears, however, that when this weapon was taken, it likely happened too quickly for that to occur."

It's expected that the German canon will be restored and preserved and put on display, DiCarlo said. 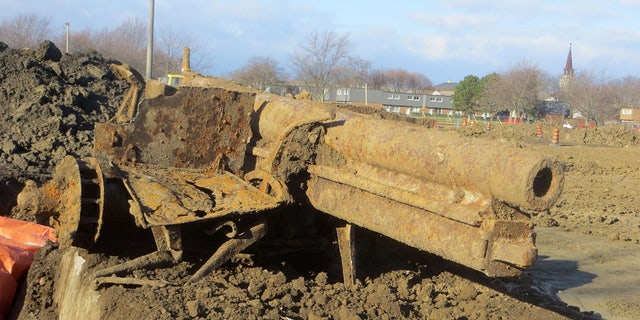 AMHERSTBURG, ONTARIO, CANADA A lost German artillery gun from the first world war has been uncovered by stunned Canadian builders, an estimated 4,000 miles from where it was last fired (Credit: Pen News/Robert Honor)
(Pen News/Aldo DiCarlo)

A number of artifacts from World War I have been discovered in recent memory. In June, a northeast Maryland couple found a live World War I bomb while digging in their flower bed.

One family in England discovered a live World War I grenade that had been sitting on the roof of their house for more than 100 years in April.

WHILE PASSING THE TIME DURING THE CORONAVIRUS PANDEMIC, FAMILY FINDS LIVE WWI GRENADE

In February, a grenade from the Great War was discovered on a beach in the U.K. after a series of storms unearthed the object.

In February 2019, factory workers at a Hong Kong potato chip plant uncovered a German hand grenade from World War I that had not detonated.

Olympic athlete develops glasses that allow riders to see behind them