LEGEND has it Turkey’s beautiful Antalya region was founded in 200BC by King Attalos II, who ordered his soldiers to find him “heaven on Earth”.

With golden beaches and stunning Mediterranean waters, it is easy to see why Attalos called off his search and gave his name to the area. 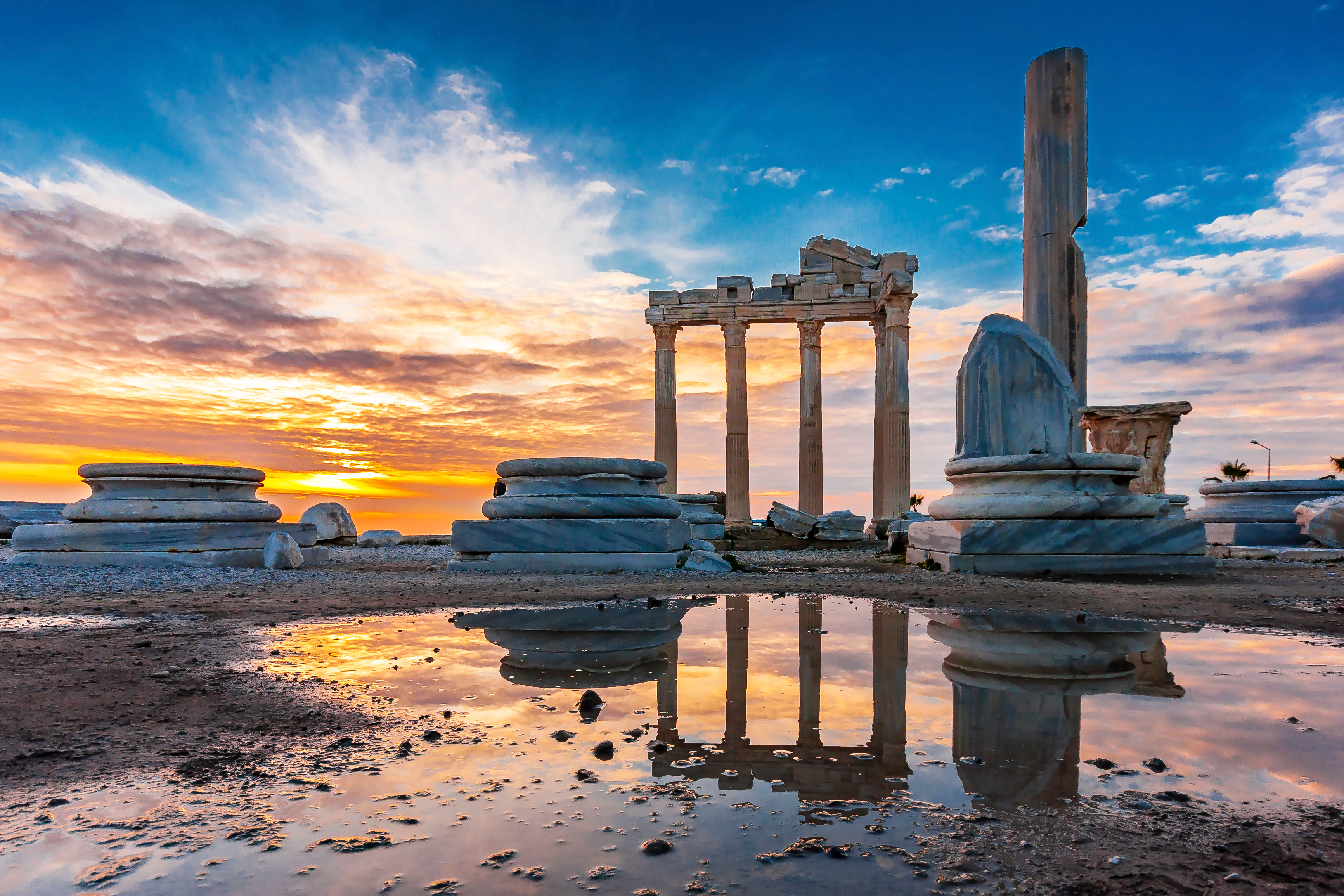 More than two millennia later, my kids Millie, eight, and Benji, five, are convinced they too have found an earthly paradise in Antalya.

They, my wife Michelle and I have just arrived at the Land Of Legends Kingdom Hotel after a four-hour flight from London Stansted — and are handed a complimentary pot of pick’n’mix.

The mega-resort boasts one of Turkey’s largest water and theme parks, so Millie and Benji are already bouncing off the walls with excitement at the thought of four days there.

The hotel has everything under the sun for kids, from free arcade games and a milkshake bar to a cinema and even a funfair-style wall of mirrors that talks to you when you scan your key card.

Rooms at the breathtaking 5H resort even feature a PlayStation and Haribo sweets.

With so much to do, it was clear the book I’d bought at the airport would be going to my dad for Christmas.

After dinner, we took in the spectacular evening show along the banks of the turquoise canal nestled between the rows of designer shops in the complex.

The next day, it was impossible not to be caught up in the excitement and we were among the first people into the Land Of Legends Aqua Park.

The 11 major slides, man-made beach with Wave Shock Pool and children’s play area — with a dozen more slides and a lazy river — are just the start.

It is fair to say we felt pretty pleased with ourselves queuing for the Tower Falls slide with a rubber ring under one arm in the 26C heat at the end of October.

Staying at the adjoining hotel, you can walk in and out of the aqua and theme parks at will.

A lot of the food and drinks are included, too.

After lunch, it was time for the rides and rollercoasters. Four hours later, it felt like we’d been on every ride at least once, with queues no more than ten minutes — even for the biggest and scariest, like the Typhoon Coaster.

We conquered all except one, the Hyper Coaster.

Thankfully, even adrenaline junkie Millie said the 203ft-high monster, which sends riders in a gigantic loop-the-loop at more than 70mph, was too much for her.

We finished the day with a drink at the bar while the youngsters played air hockey, before enjoying dinner at the buffet restaurant.

Even with so much to do in the resort, we were keen to explore the surroundings and took a 45-minute drive to the ancient city of Side.

Millie is studying the Romans at school and the incredible ruins, which were first excavated in 1947, include temples and an awesome amphitheatre built in 2AD.

Our tour guide Yusuf had some brilliant information to share about rich Romans’ toilet habits that Millie definitely would not have learnt at school.

Benji was just as chuffed, as he got to witness a “real-life skeleton”.

In keeping with the watery fun, we spent an afternoon at Antalya Aquarium, which boasts the longest glass tunnel in the world, giving you a jaw-dropping view of sharks and all manner of marine life.

Making it back in time to enjoy the theme-park rides one last time, we could hear screams of terror coming from the Hyper Coaster.

With no queues and time running out, curiosity got the better of Millie and I.

Had we not been able to walk straight on to the Hyper Coaster, we both agreed, we would have bottled it. Instead, we held hands, closed our eyes and screamed for two and a half minutes of heart-stopping fun.

It was an unforgettable ending to a truly memorable holiday. The kids reckon it was “the best ever”.

We will have to go some to top Turkey. 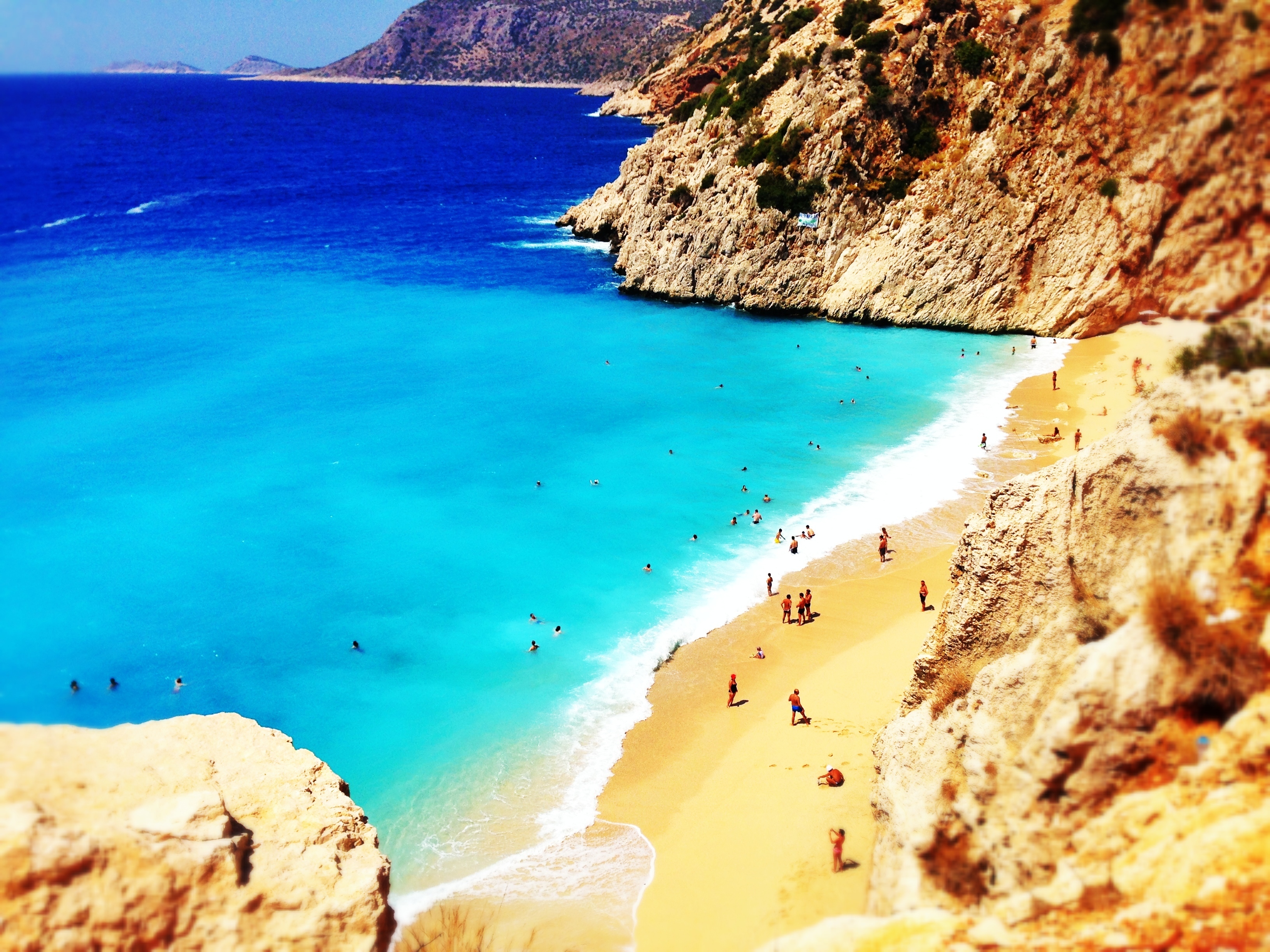 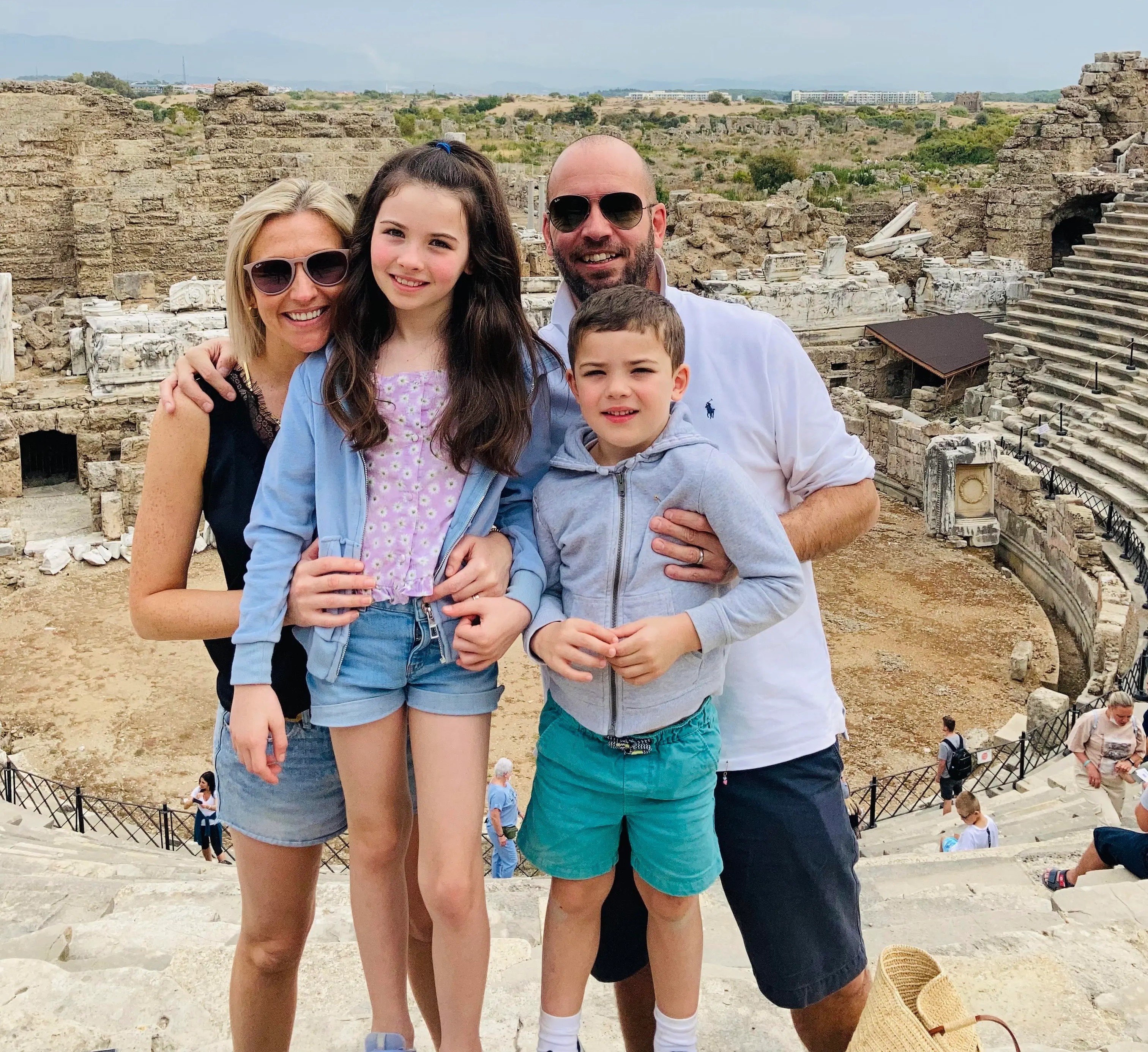 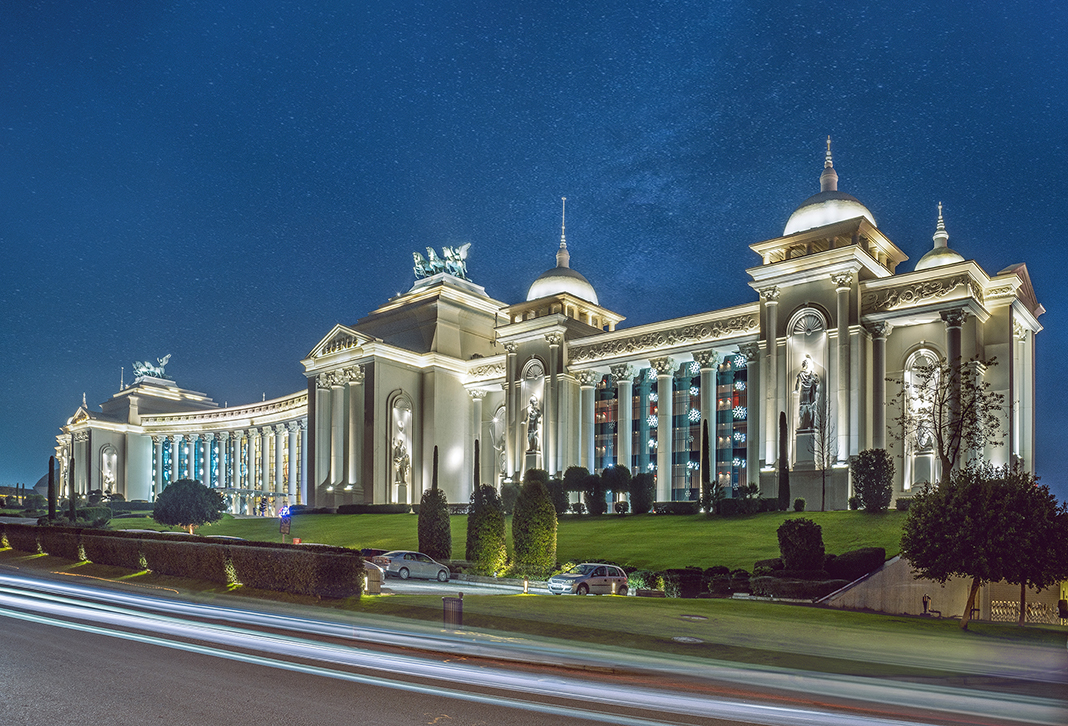 GETTING/STAYING THERE: Seven nights’ all-inclusive at the 5H Land Of Legends Kingdom Hotel is from £768pp including flights from Stansted in December.

Prices for next spring start from £1,077pp. To book, see jet2holidays.com.

COVID: All travellers aged six or over must have proof of ONE of the following: Full vaccination; recent recovery from Covid; a negative PCR taken within 72 hours of arrival or negative lateral flow taken within 48 hours.

For children under 11, no PCR test or vaccination certificate is needed.