Follow
Home » Travel » Can You Stay In ‘The Circle’s Apartments? Here’s What Happens After Filming Is Over

Can You Stay In ‘The Circle’s Apartments? Here’s What Happens After Filming Is Over 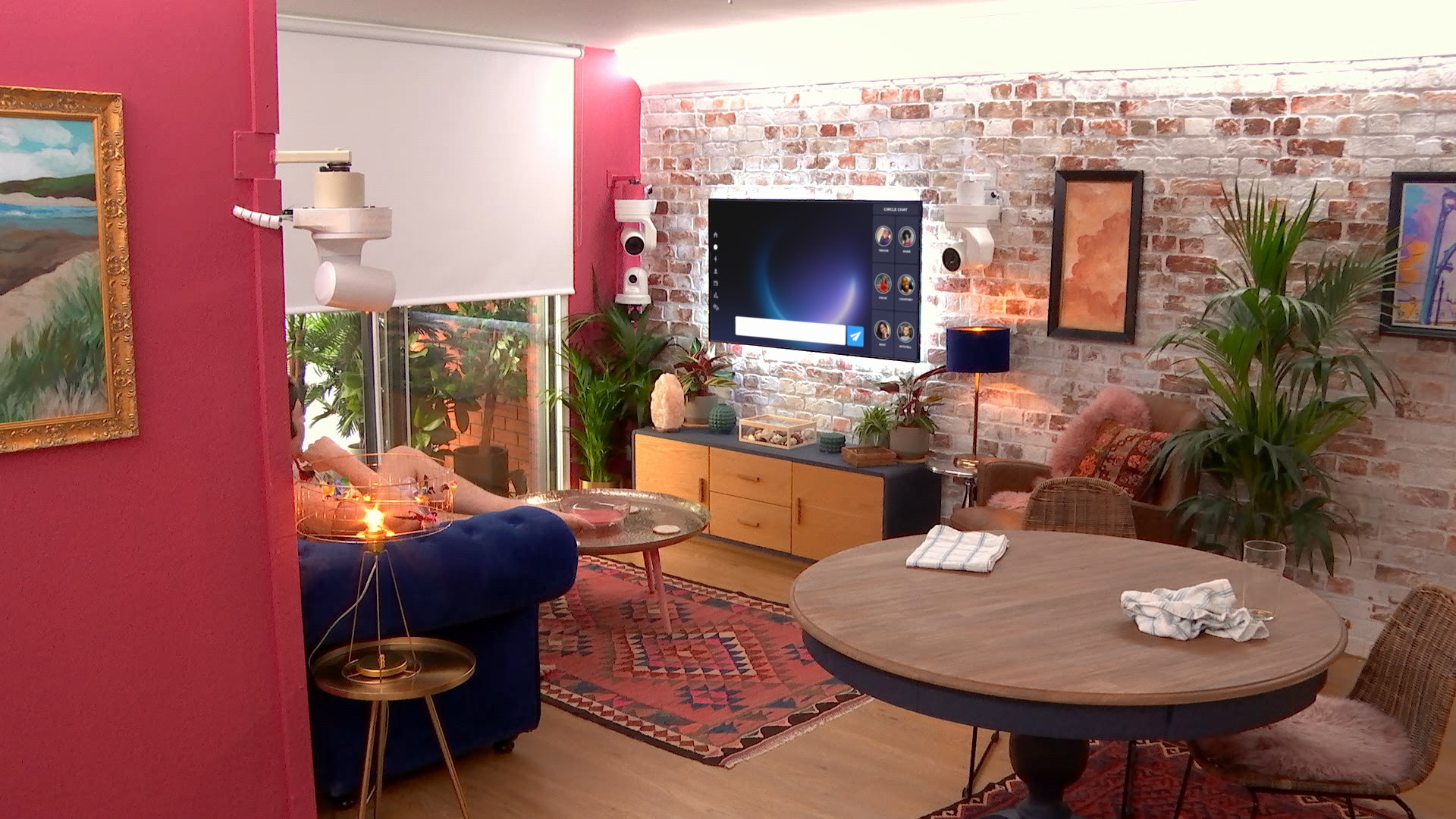 Netflix’s social media-inspired reality show, The Circle, has caught your attention for more reasons than one. There are, of course, the private chats and catfishes who are always keeping contestants on their toes. Then there are The Circle‘s apartments, which are decorated with the most colorful and seemingly tailored decor you can’t help but admire. As you anxiously await the next episodes to hit the streaming service, you’re probably wondering if you can stay in The Circle‘s apartments and influence all of your friends to book a trip sometime in the future, too. The answer is kind of up in the air at the moment, but… possibly.

Before you start messaging your besties, you should know that The Circle‘s apartments aren’t located in the United States. There are several versions of the show for audiences in the United Kingdom, France, and Brazil, with the U.K edition being the OG. Like the original iteration, the U.S. version was filmed in the U.K., in Salford, Manchester, according to a January 2020 interview with The Circle creator Tom Harcourt. This location stayed the same for both the first and second season.

U.K. music station Capital FM noted in a 2019 article that all the Circle chats, alliances, and betrayals went down in one section of the Adelphi Wharf apartment complex in the second season of the British version. This section is the same spot where the U.S. version was filmed. That means, if there ever comes a time when fans can stay in the apartments, you’ll have to take all the Centers for Disease Control and Prevention’s (CDC) travel and potential quarantine guidelines for the U.S. and the U.K. into account.

The biggest shock? The Circle apartments aren’t a staple in the Adelphi Wharf complex, and are actually returned to their original, less colorful forms once filming has wrapped. Elite Daily spoke with Catherine Land, the production designer for The Circle, to get the details fans shouldn’t be "blocked" from. As Deleesa (aka Trevor) would say, here’s the 411:

The Circle‘s apartments are designed prior to casting the contestants.

While it seems like each contestant’s apartment is tailored to their individual personality, style, or "catfish," Land notes that she’s tasked with creating 10 social media-worthy rooms before the cast has been selected. "They cast later than I design," she says, adding she’s allotted one "nice, lovely month" to design the rooms. In that time period, she pulls #inspo from hotels, artists in London, and wild color combinations.

She also uses the country the show will release in to inform her decisions and taste. When it comes to the U.S. version of The Circle, for instance, she’s brought the vibes of Los Angeles, Boston, and the Kardashians to life. She thinks about regions and history, and tailors the rooms like so. This helps her to distinguish one design from the next, which is key for her role in the show.

"I have to make every room different, every time," says Land. Even from one version of The Circle to the next, she can’t repeat designs she loves or the exact same aesthetic. By the time she wraps the series, she notes that she’ll have designed 100 rooms — one hundred different spaces with their own vibe and character — in addition to extra spaces like the gym and yoga space.

Luckily, beyond picturing the unique destinations of a country, she’s also found another way to design. "I imagine different characters living in the rooms," says Land. She imagines a single girl on vacation, who goes from one destination to the next, collecting unique items. She sees her room as a tapestry that reflects her free spirit and adventures. Land really began designing this way with the second season of the U.S. edition.

"I wanted to be a bit more sophisticated in the general view of America,” she says. That may be the reason why, when you’re watching The Circle, it seems like the apartments are made with the individual cast members in mind. In actuality, Land and her beloved team spend two weeks post-design painting and installing the decor.

Then, the show’s team matches the room with the cast member they think would be the best fit for each aesthetic. That’s likely why Terilisha’s hair matched the bright blue cabinets in her room, and Bryant’s chill line of work matched the Bohemian style of his space.

Here’s what happens to the apartments after filming a season of The Circle. 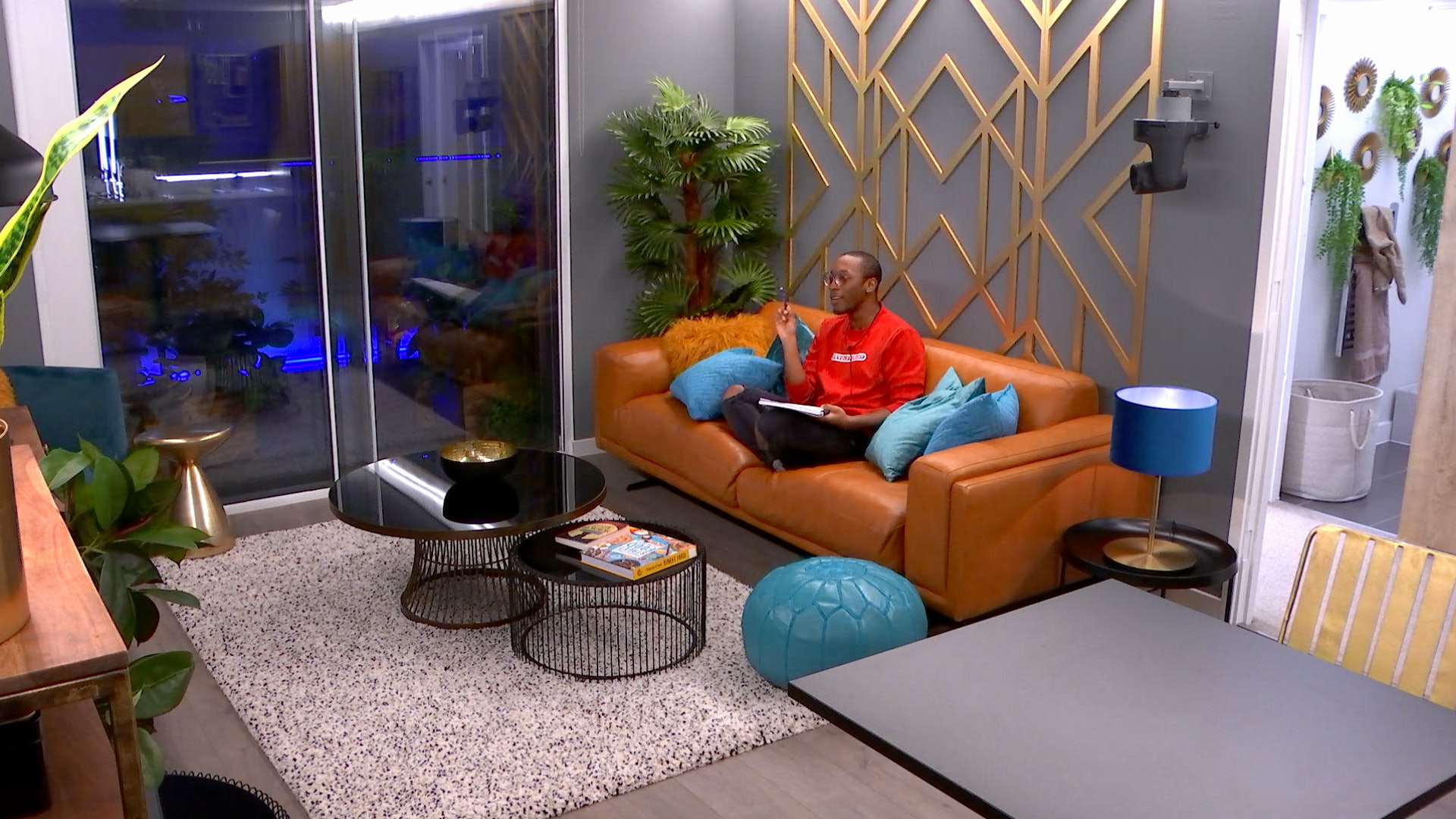 Once filming has wrapped, The Circle practically vanishes from the area. Land says there’s "no trace of us in there, whatsoever." The colorful and exciting apartments are returned to their original forms, in a pretty quick fashion. Gold lattices (which are Land’s favorite next to stark lines and luxe textiles) are taken off the walls, and the original paints jobs are reapplied. The only thing that’s really saved is the furniture, which can be used on another season.

“We save the furniture, because obviously that’d be really wasteful if we didn’t," says Land, noting that an item made of rattan can easily slip into another design. So, while you won’t see the same room twice, you might be able to spot a massive couch in another contestant’s space on a separate season.

Can you stay in The Circle‘s apartments?

Since The Circle apartments disappear post-filming, you can’t really stay in them as the contestants would. You can’t experience what it’s like to speak a text message into your TV and start a Circle chat with a potential catfish — yet, anyway.

ALERT! According to Land, the Circle team has thought of turning the iconic apartments into Airbnbs so fans like you can stay in them for a night and experience the show in some way. The team was circling the idea at the beginning of 2020, but the coronavirus pandemic put a pause on any real plans.

While it’s not set in stone — and out of Land’s hands — you might see a Circle stay pop up on Airbnb in the future. Keep your eyes out, influencers, as you know the apartments will score a high rating.