EAGLE-EYED passengers may have occasionally spotted what appears to be pieces of duct tape patching a plane together.

And it's even more worrying when you see it being applied to the aircraft just before you fly. 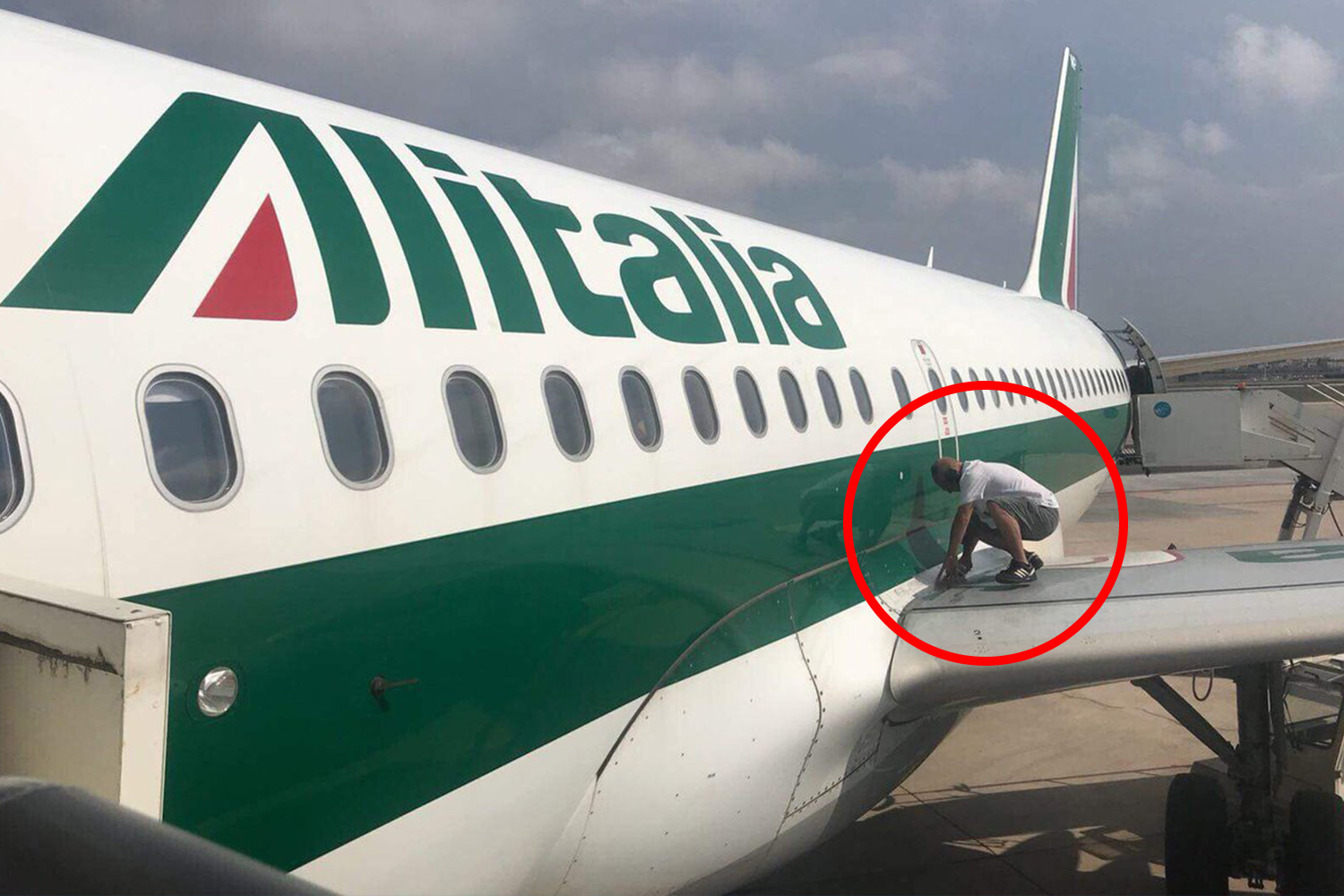 But despite appearances, it's actually completely safe when used correctly.

The tape being used for these repairs is actually known as Speed Tape, and are produced by specialists such as 3M.

The thick tape is made with a combination of silicone or acrylic adhesive, and cloth and aluminium backing, which means that it's not only incredibly sticky, but it's also very durable.

It will even withstand temperatures ranging from -54C to 149C, is flame resistant and virtually waterproof.

That's why these tapes can cost hundreds of pounds a roll.

According to one airline mechanic: "It’s approved by the manufacturer, FAA and company engineering department for certain repairs — always temporary."

On planes, they are used for minor repairs only, including small holes and tears, and they're only applied by airline mechanics and maintenance teams.

They're also used for repairs on non-essential parts – ones that won't cause a safety issue but could affect how the plane takes off or lands.

It reduces delays as airlines can patch up those small issues so the plane can take off, before it's taken in for a more extensive repair according to One Mile At A Time.

Sun Online Travel previously revealed how every second counts during a plane's turnaround at an airport, and small issues can mean delays to the flight.

BA is even planning to use AI to speed up the turnaround process.

We also explain some of the things that a pilot looks for before every flight.

Airlines, damaged, fix, How, plane
You may also like:

Can I go on holiday to Belgium and will I need to quarantine? Latest coronavirus travel advice as cases rise

Ibiza hasn't had a Covid death for 100 days – so Brit holidaymakers are ignoring the quarantine, say top hotel boss

Tenerife and Lanzarote will pay for the rest of your holiday if you catch coronavirus, including hotels and flights

France may be next on the UK travel ban list after 1,695 new cases and face masks are enforced – latest advice