Follow
Home » Travel » Loneliness and Its Antidote on Orcas Island

Loneliness and Its Antidote on Orcas Island

Facing a birthday alone on one of the busiest travel weekends of the year, the 52 Places Traveler learns some life lessons — and comes face to face with some whales.

Photographs and Text by Sebastian Modak 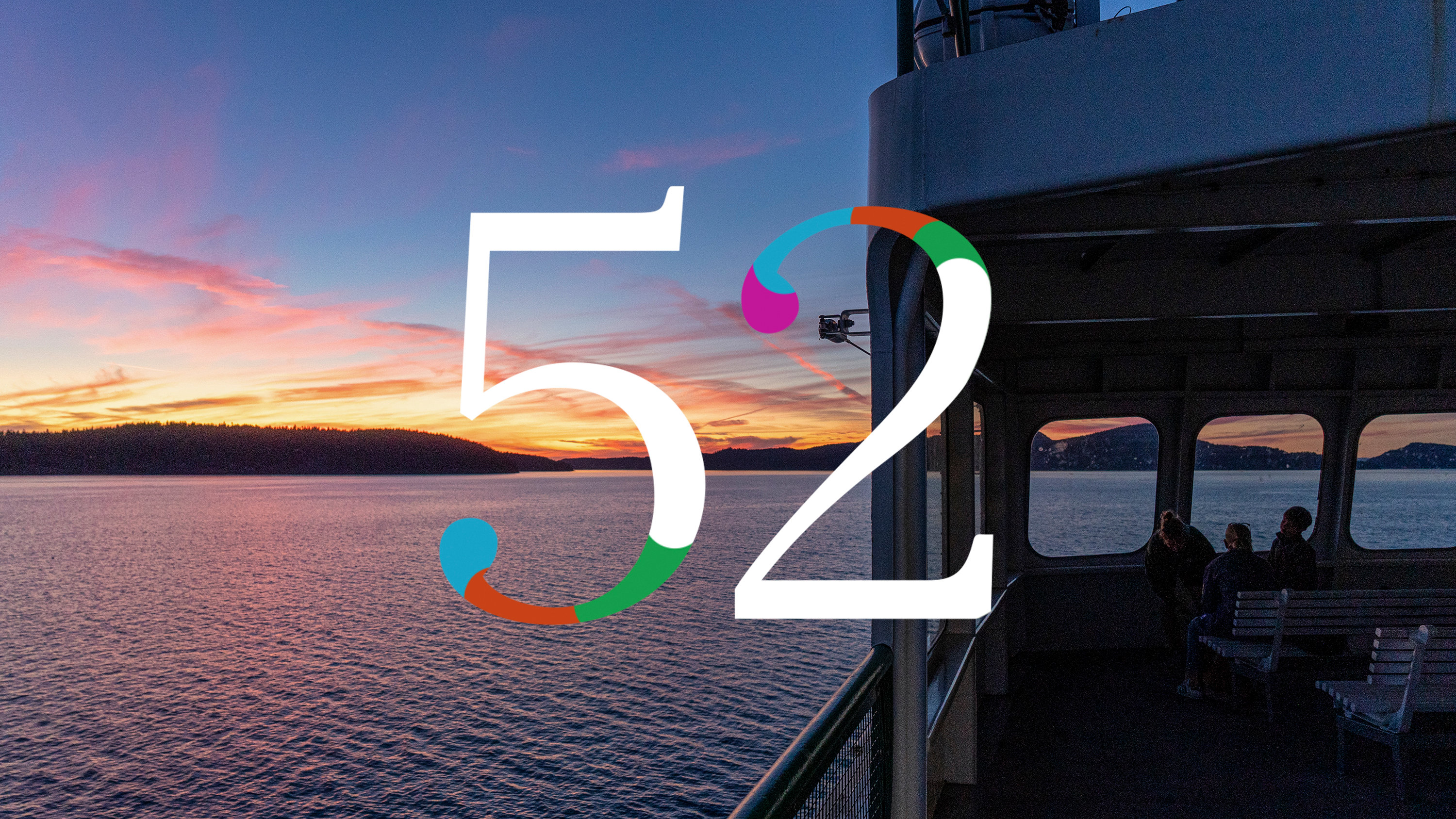 Our columnist, Sebastian Modak, is visiting each destination on our 52 Places to Go in 2019 list. Before Orcas Island, he wrote about the Azores and their Instagram-ready beauty.

It’s the question I get asked most, by old friends and new friends alike, usually right after the initial shock at the audacity of this yearlong trip has worn off.

On the personality spectrum, I lean toward extroverted: Though occasional time alone is nice, I feed off the energy of people around me. This year has taught me many things, but chief among them might be how to be comfortable with nothing but my own thoughts for company. I’ve found peace in solitude — on a full-day hike along the fjords of Norway, for example, or on an empty beach on Mexico’s Pacific Coast. But, occasionally, that tranquillity has slipped into crushing loneliness, like during all the nights I’ve spent in airport hotels, those uniformly strange and depressing places.

But nowhere has taught me as much about solitude and loneliness — the difference between them and how quickly those emotions can swing — as Orcas Island, a speck of land off the coast of mainland Washington State. 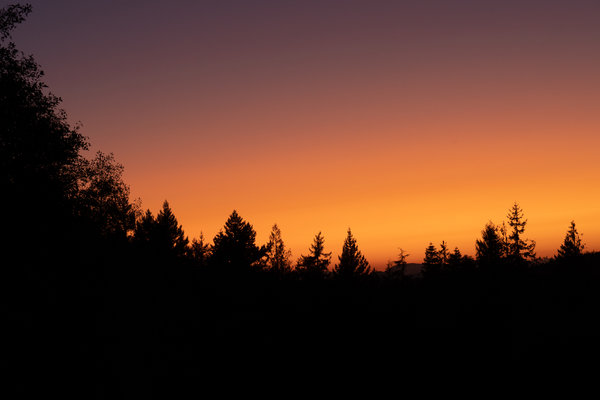 Orcas has all the ingredients of a perfect solo trip. There are miles upon miles of hiking trails that wind up through evergreen forests to viewpoints from which you can see the other San Juan Islands, little mounds of green charting the way into the horizon. On a clear day, from the top of Mount Constitution, the highest point on the island, you can see all the way to North Cascades National Park. Outdoorsy fun abounds, with mountain biking, kayaking and whale watching all ideal ways to eat up a summer day.

But, it was Labor Day weekend and I was in a major long-weekend destination in the Pacific Northwest. Extended families sat at long tables in restaurants, loudly laughing and trading inside jokes. Couples strolled along the beaches. Groups of friends at the grocery store in Eastsound, the island’s hub, filled their shopping carts with all the ingredients of beer-heavy cookouts.

And then there was me, awkwardly asking for a table for one, silently Googling “how to shuck an oyster” at Buck Bay Shellfish Farm and figuring out what to do with myself for long afternoons, when time flowed like molasses.

I found company in signing up for group activities, which allowed me to engage in small talk — something that, before this year, I never thought I’d miss — while also taking in the wild beauty of Orcas. I was there during the new moon and so booked a night kayaking trip with Shearwater. The darkness let the main attraction, bioluminescent plankton, shine even brighter. Each dip of the paddle cut through otherworldly light. There was laughter, too, as, an hour and a half into a two-hour journey, the man sharing my double kayak and I realized we both thought the other person was in charge of controlling the rudder (he was). Suddenly all the zigzagging made sense.

On a different day but at the same marina, Deer Harbor, I joined a whale watching tour. It was a small group, just seven of us (I was told the small group was because so many people were at weddings). Since childhood, I’ve been fascinated by orcas, amazed by their intelligence, their grace and the complexity of their social relationships. (The island isn’t named after the animal, but rather a Spanish viceroy with six names, one of which was “Horcasitas.”) We followed a group of four — two males and two females — as they skirted along a series of uninhabited islands. They dove deep every now and then, and we all scanned the horizon for where they would reappear.

Being alone let me reflect on my activities. Opinions are split on the possible environmental damage of whale watching tours, but there’s no doubt that some of the Pacific Northwest’s orcas are in serious trouble. We were following “seal eaters,” the transient population that feeds on other marine mammals and is considered for the most part stable. But also in these seas are the “salmon eaters,” a resident population that is severely endangered. Dwindling salmon numbers, as streams are rerouted and contaminants are dumped into rivers, are part of the problem. Some say the noise from boat traffic — including whale watching vessels — could be messing with the echolocation the orcas use to hunt. What everyone I talked to agreed on though, is that the United States government isn’t doing enough, even as the Canadians impose limits on whale watching in their waters.

Getting to Orcas isn’t exactly easy, but the ferry ride from Anacortes, about an hour-and-a-half’s drive from Seattle, is half the fun. Book early and, if tickets aren’t available, try again 48 hours before your intended departure as more tickets are released then. Time the ferry ride for sunset, when you’ll be given a full-on show. Alternatively, a number of companies offer flights on light aircraft or seaplanes from the Seattle area.

Orcas is having a food moment right now, one of the reasons it landed on the 2019 52 Places to Go list. For the most innovative fare, head to Hogstone’s for farm-to-table, wood-fired pizza or The Loft at Madrona for fresh seafood, killer views and craft cocktails. Still, you’d be remiss to skip classics like Buck Bay Shellfish Farm, where you pick (and shuck) your own oysters, washed down with a cold beer.

Hiking is the main activity on Orcas and between the more than 30 miles of trails in Moran State Park, and shorter hikes at hidden gems like Obstruction Pass State Park, you can do a hike a day and not get bored. Day passes to park your car at trailheads are $10, so consider investing in a Discover Pass, which, for $30, gives you access to all the state parks for a year.

To fill another afternoon, following one of many tips I received from readers (judging by my Instagram inbox, people really love Orcas), I went looking for some lakes. From the top of Mount Constitution, I hiked down through a series of switchbacks through dense forest. I had no one for company but a chipmunk who stared me down before ditching me for, probably, his friends. Despite my surroundings, breathing in air so fresh I could taste the oxygen, I felt a sadness creeping in. How much better would this be if I had someone to talk to; someone to marvel with at that woodpecker as its beak hammered a tree at the speed of a drumroll?

And then I reached the Twin Lakes, two oblong discs of deep green mirroring the pine trees that surrounded them. Having worked up a sweat, I figured, “Why not?,” and grabbed my towel for a quick and discreet change into my bathing suit. But then I realized there was no need for modesty. There wasn’t a human being in sight. There were no sounds, but the breeze passing through leaves and the faint chirping of a bird somewhere higher up.

The moment I hit the water, diving headfirst into the clean, refreshing cold, I felt my emotions swing from sadness to elation. I broke the surface of the water, laughing out loud. The clouds parted and the sun shone down on me. I yelled, just because I could. I felt a rush of unbridled, childlike ecstasy because I was alone. This was my moment, and only mine.

A long weekend like Labor Day can be a tough time to spend alone — and that’s especially true when your 31st birthday falls right on Labor Day. I don’t get overly sentimental about birthdays, but I was still sort of dreading this one.

But I’ve started to call 2019 my “Year of Strangers” for good reason: more times than I can count, strangers have saved the day.

I woke up, as I had every day on Orcas, feeling better rested than I have all year. I was staying at the Once in a Blue Moon Farm, a slice of idyllic country life hidden down a narrow road on the western side of the island. The nights were quiet, the mornings still, but for the quacking of ducks and the bleating of goats. I walked — as I had every morning — toward the main house, where I’d get a cup of coffee. I was greeted by Audrey Hepburn, the Border collie mix who runs the farm like a general, just as I had been every morning, and by Zach, the third of three generations living on the farm.

Zach and his family — his sister, mother and 102-year-old grandmother — had already shown great concern for my happiness. I had arrived to a box of freshly picked fruit — figs, plums of different shapes and sizes, the juiciest peaches I’ve ever eaten — and they’d also given me a goose egg that I ate for breakfast (verdict: intense, but delicious). In one of many conversations I had with Zach over the preceding days, I dropped a mention of my encroaching birthday.

“We’ve got to do something to celebrate,” he said.

So when I saw Zach walking up the driveway with a duck under his arm, I understood the celebration he had been envisioning. Though Once in a Blue Moon prides itself on being an animal sanctuary — eggs are collected and sold from the geese, ducks and chickens, but no meat, and the goats and sheep are beloved pets — an exception had been made. The farm was dealing with a duck overpopulation problem, and Zach had selected one of the older ones to be our dinner.

We got to work. After plucking the duck — my sole contribution to the process — Zach cut it up and left it to sit. I went out for a midafternoon hike to the ridges along Turtleback Mountain, an antidote to the more crowded trails of Moran State Park.

When I returned, we all gathered in the kitchen to cook: we prepared the duck in two ways, along with its liver, using ingredients fresh from the farm. Following Zach’s instructions, I mixed together an ice cream using the rich yolk of goose eggs and a jam made from Mirabelle plums.

We gathered around the table and it felt like family. I heard stories about growing up in Brooklyn from Zach’s grandmother. I told stories of my travels so far and gave tips to his sister, Sarah, who told me she feels “a draw” to Spain. They told me about life on the island and how, according to Zach, it’s undergoing a bit of a transition right now: “from hippie to hipster,” is how he put it.

At any other time this would have been a nice evening spent with new friends, something I’ve experienced again and again this year. But what I had felt over the preceding days threw the moment into relief. If I’ve learned how to deal with being alone this year, I’ve also learned to value that feeling. Knowing loneliness makes the moments you connect with strangers and the one-off conversations that stick with you feel like pure magic.

Sebastian Modak is the 2019 52 Places Traveler. Before being selected to report on the annual New York Times list, he worked at Condé Nast Traveler as an editor and staff writer. @sebmodak