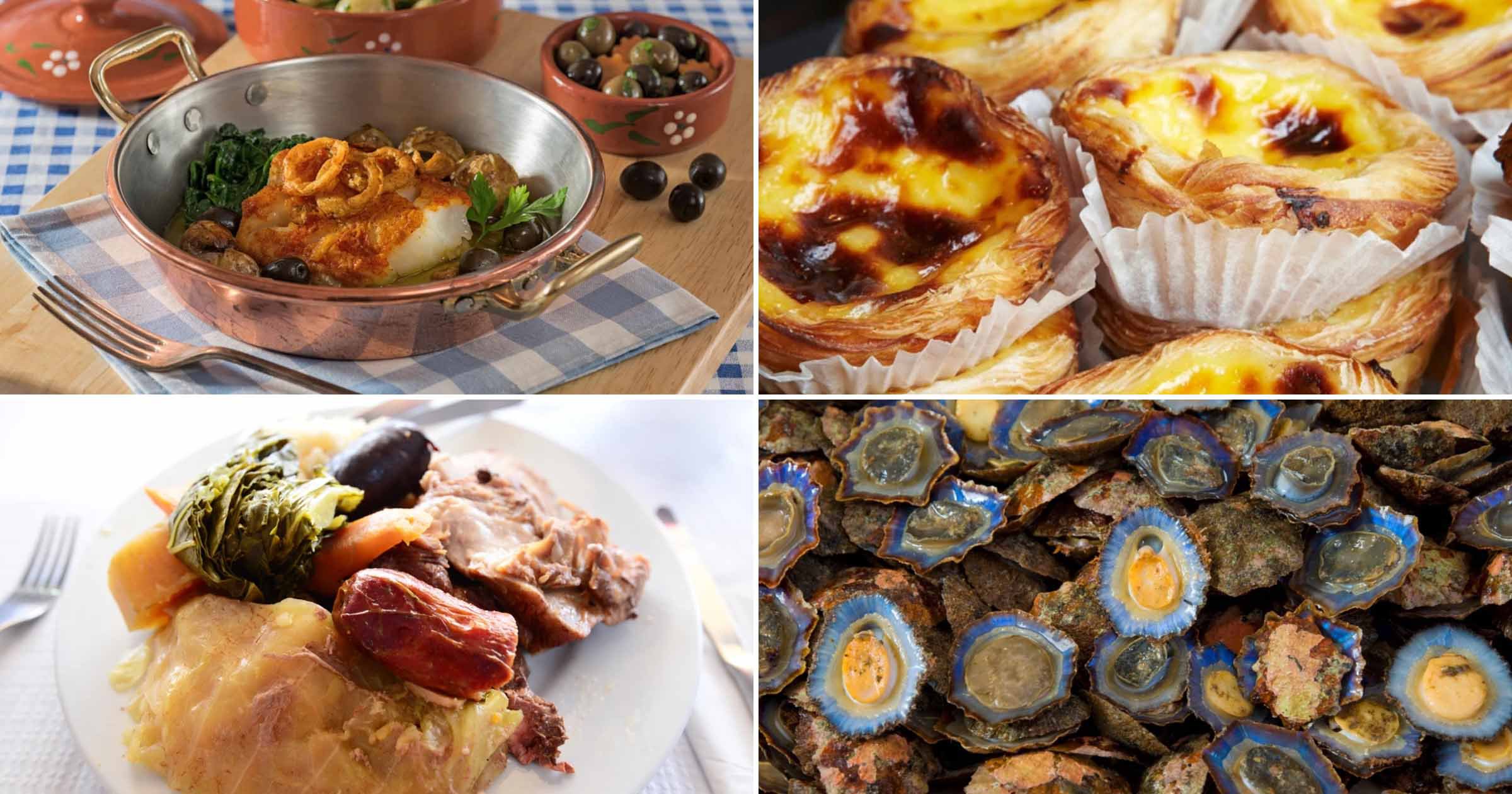 But what else do you know about the local cuisine on the Portuguese island?

Madeira is something of a foodie haven, with tropical dishes and drinks ranging from a famous fruity rum to delicious seafood.

Plus they serve up plenty of treats from the mainland too.

From ugly but yummy fish to deceptively strong drinks, here are the traditional delicacies you need to try.

This moreish, chewy, circular flatbread is made using sweet potato and traditionally baked on a hot stone slab.

You’ll usually find it slathered with garlic butter or used to make a steak sandwich (known as a ‘prego’).

The (incredibly) ugly black scabbard fish is a huge delicacy.

Found in the lowest depths of the sea, it makes for a tasty fillet when grilled and is typically served either in a bun or with a sauce made from local bananas or passion fruit.

Cubes of beef are placed on a skewer made from a branch of laurel and grilled on wood or charcoal.

They’re then served at the table hanging from an iron hook – andmore are brought depending on how much your tummy is rumbling.

Another popular dish, this is found all over the island but especially by the sea. These are limpets, usually served fried in butter and lemon.

Claimed to be Cristiano Ronaldo’s favourite cake, this banana loaf is made light, fluffy and – there, we said it – deliciously moist.

Loosen your trousers for this one. It’s a hearty stew typically made with salted pork, sausages and whole vegetables such as sweet potatoes, all cooked together over a wooden fire. It’s generally served with couscous.

Madeira’s national drink, this is made with local rum distilled from sugar cane, honey, sugar and either orange, lemon or passion fruit juice.

Sample with caution – while it’s served in a small glass, it’s deceptively strong.

Fishermen would drink it after coming back from the sea as a reviver and it’s said by locals to cure colds.

A fortified wine made on the island since the 15th century, this is renowned worldwide and was even used to toast the signing of the US Declaration of Independence in 1776.

Some of the most popular producers include Blandy’s, Justino’s and Pereira d’Oliveiras.

Practically the country’s national dish, this dried, salted cod turns up as an ingredient in hundreds of recipes.

Two of the most popular ways to enjoy it are bacalhau à lagareiro, served with roasted or grilled potatoes and red peppers, and bacalhau à gomes de sá, which is shredded cod served with caramelised onions, boiled eggs, potatoes, and olives.

You might develop an addiction to these delicious sandwiches made from thinly sliced fried pork marinated in garlic and white wine, then served on crusty bread soaked in the sauce.

You can’t miss having one of these for dessert or as a snack, or for breakfast…

Essentially an egg custard baked within a flaky puff pastry tartlet, the addition of powdered sugar and cinnamon elevates it to tartlet perfection.

A local aguardiente, or firewater, this fruit brandy is made with berries from the medronho tree. At about 50% proof, it’s best approached with caution…

Not dissimilar from Madeira wine, again, this is fortified and best sipped as an aperitif or after-dinner drink.

Some of the best comes from the Douro Valley region and these days it’s been adopted by Portugal’s younger, hipper drinkers who blend white port with tonic.