Want to help save the planet? Sign up to these eco volunteering projects 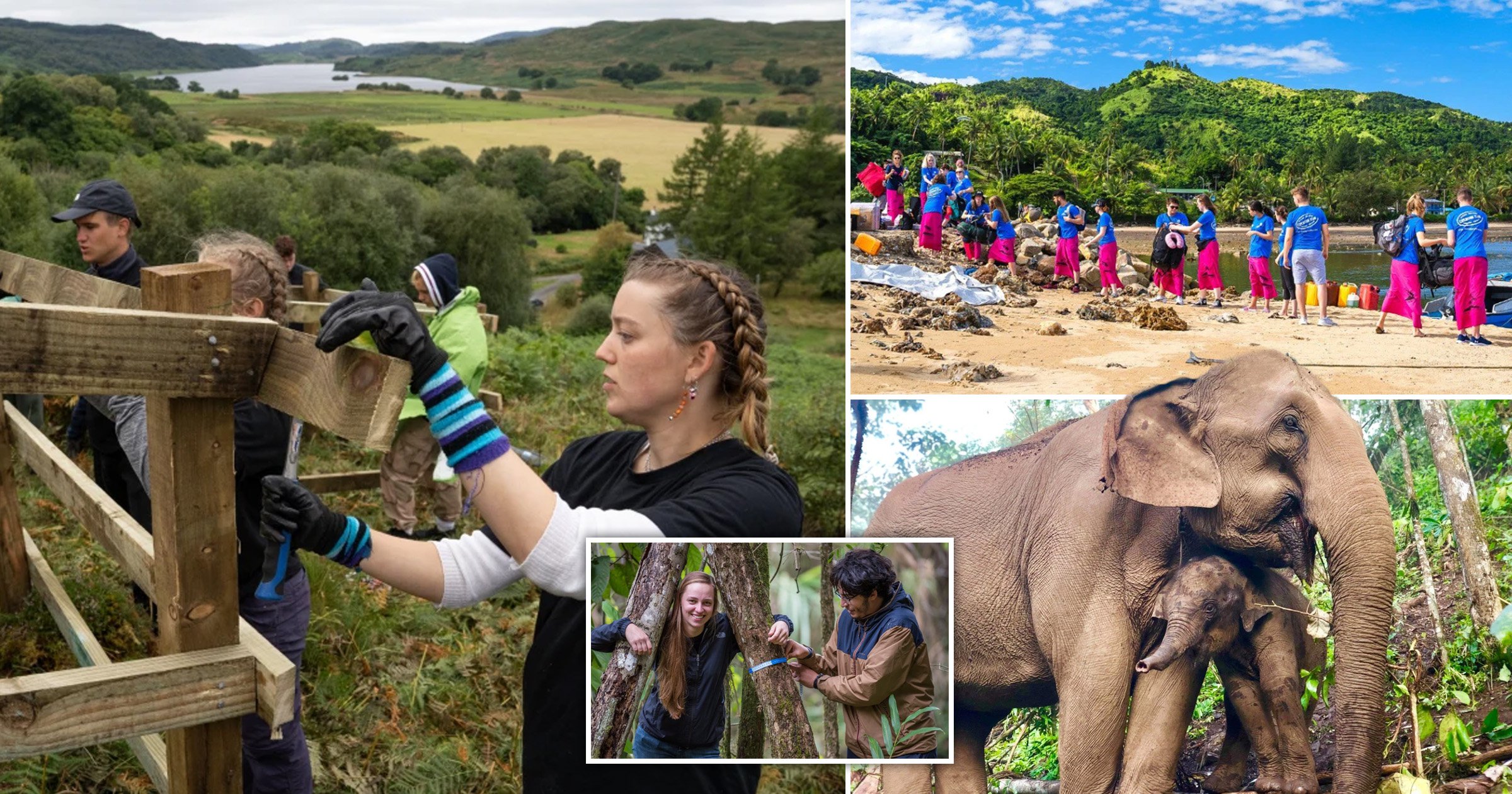 Has Cop26 helped inspired you to do your bit for Mother Earth?

That’s great news, but it can be hard finding ways to help out, especially outside the UK.

There are lots of incredible projects and programmes that need volunteers, from an initiative to save Fijian culture to a mission to restore the woodlands of Scotland.

From helping restore the Amazon Rainforest in Brazil to rehabilitating elephants in Thailand, here are some of the best schemes to sign up to.

Fiji was the president of the 23rd Climate Change Conference (COP23). It was an apt choice. The London School of Economics estimates that up to 1.7 million of the ten million people who live on the Pacific archipelago could be displaced by 2050.

Highlighting the threat of cultural loss, Think Pacific runs the epitome of a hands-on initiative, integrating its volunteers into Fijian daily life.

Partnered with the government’s ministry of health, ministry of youth and sports, and national employment centre, the social enterprise supports a vast array of community projects.

And, by the way, it’s not a holiday. Volunteers will be staying in remote villages with basic conditions so if your toes curl at the idea of a cold bucket shower, eating traditional food or sleeping on a roll-out mat in a tin house, this probably isn’t for you.

But to be guided by locals in a culture of collaboration means this is one of the few ways to learn the true ‘Kaiviti life’.

GVI runs programmes across 21 locations in 13 countries, engaging with more than 35,000 participants in 600-plus partnerships.

One of the most popular for volunteers, located in Chiang Mai province, Thailand, Project Dumbo focuses on the rehabilitation of our floppy-eared friends. A programme that lives up to GVI’s ‘work with local partners to develop global citizens’ ethos, volunteers work alongside mahouts.

The animals have been rescued from the tourism industry so there’s limited physical contact. That said, you will get your Elmer fix. Volunteers will learn all about elephant biology, sociology and behaviours. Keep your trunk out!

When we think of climate emergency our minds tend to turn to international crises – but our own woodlands are in trouble too. With that in mind, Re:Green is a conservation and leadership programme designed for 18- to 24-year-olds.

Located in the Scottish Highlands, this is Braveheart territory but you don’t have to wear face paint. The goal? To restore Scottish woodlands on an 11-day trek.

Launched earlier this year, Raleigh International’s first ever UK project (it also runs volunteer projects in Costa Rica and Nepal) is part of the Alliance For Scotland’s Rainforest.

At its green core, the project is about inspiration and education. The young people who take part are invited to join Raleigh’s global online community platform to share their leadership and conservation skills and whip their peers into shape.

Last month, Brazil’s ministry of agriculture estimated that each year leading up to 2030 a million hectares of the Amazon will be lost to deforestation. But it’s not only the Amazon we should worry about.

The scramble by anthropologists, archaeologists and palaeontologists to learn as much as possible is paying off, with 4,000-year-old arrowheads discovered, as well as the remains of megafauna such as the gargantuan sloth Eremotherium spillmann. Talk about lazy bones.

A short trek from the forest’s hub lies the Biodiversity Research Institute (IPBio), a non-governmental, non-profit organisation that develops and supports scientific research on biodiversity and ecology.

Whether you’re taking part in a tree inventory to measure forest well-being or bird monitoring to ensure a greater success of reintroduction, this is volunteer work on the frontier of climate action.

Need a break? Swim with dolphins, explore caves or river run in a giant inflatable balloon. You know you want to.