More than £115million of taxpayers’ cash was ‘wasted’ buying hundreds of homes along the section of the HS2 route that was scrapped this week.

A total of 455 properties were bought on the high-speed rail line’s original ‘eastern leg’, which was supposed to link Birmingham with Leeds.

But the Government announced on Thursday that this section will now only go to East Midlands Parkway, south-west of Nottingham. This means around two-thirds of the eastern leg has been axed – and it is understood most of the 455 properties were located along this section.

The homes were bought so they could be knocked down for the train line, but this will no longer be necessary. However, the properties cannot be sold off as ministers have reserved the right to revive the original route – with no cut-off date. 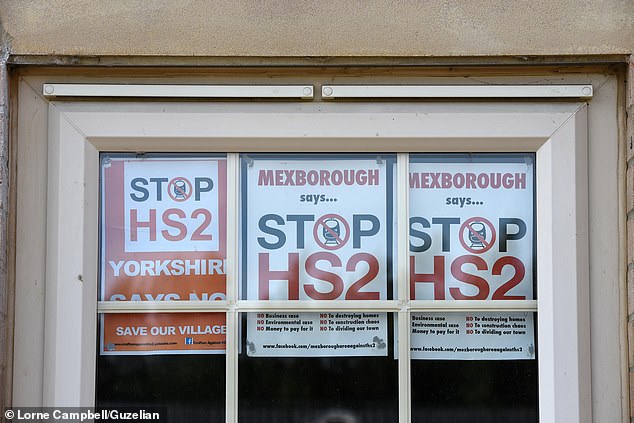 The homes were bought by HS2 Ltd, the company set up to deliver the high-speed rail project, on behalf of Transport Secretary Grant Shapps. In total £115,013,357 was spent, or an average of around £250,000 per property. Owners decided to sell after being told that their homes were along HS2’s eastern leg route. Many are understood to be near Toton in Nottinghamshire, where a new hub was to be built, and between Sheffield and Leeds. Some are now being rented.

Tory MP Greg Smith, who sits on the Commons transport committee, said: ‘It’s horrendous. I think there was a genuine change of heart from the Government about the eastern leg. But it’s disgraceful that people have been made to feel that they have to move out… before a project is 100 per cent signed off.’

Sarah Olney, the Lib Dem transport spokesman, said: ‘It’s a waste of money. This shows the consequences of the Government’s indecision. It has disrupted people’s lives who made plans – either to move home or make business investments – based on the promise the Government repeatedly made to deliver HS2.’ 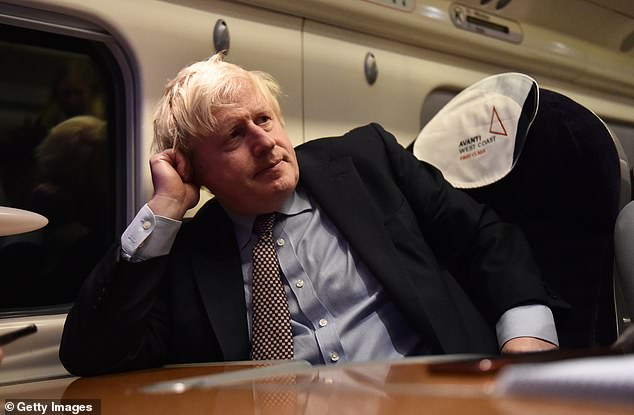 Thousands more homeowners along the original route have also been left in limbo for years by the Government’s revamped strategy, known as the Integrated Rail Plan (IRP). This is because ministers have decided the ‘safeguarding directions’ that protect the route are to remain in place.

This means homeowners are in effect still on notice that the Government could decide to proceed with the original HS2 route up to Leeds, and so their properties may still need to be destroyed. Ministers have not set a cut-off date for a decision.

It also means that under the law HS2 Ltd will be obliged to buy properties that homeowners want to sell, despite the fact that the line may never be built in full.

Harry Fone, of the TaxPayers’ Alliance, said: ‘Ministers should scrap the rest of HS2 before the bill spirals even further out of control.’ The Department for Transport said: ‘We recognise the impact HS2 has had on residents.

‘That’s why our compensation schemes go far beyond what the law requires. The Government has now committed to explore the most effective way to run HS2 trains to Leeds and it’s important we safeguard properties until final decisions are taken.’ 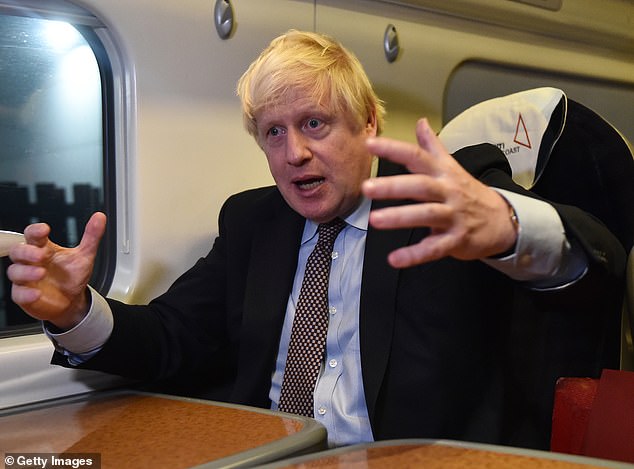 Thousands more homeowners along the original route have also been left in limbo for years by the Government’s revamped strategy, known as the Integrated Rail Plan

Our housing estate’s gone off the rails

BY CHRIS BROOKE FOR THE DAILY MAIL

For residents of a £30million housing estate, the on-off HS2 project has been a blight on their lives.

Even now, the legal possibility that the rail line could be revived in future has left the community in limbo.

What families thought of as ‘forever homes’ became worthless overnight when it was announced five years ago that the revised route would go through the Shimmer estate in Mexborough, South Yorkshire.

Years of stress followed as more than 160 homeowners from the estate – which was then still under construction – tried to negotiate a fair deal from HS2 Ltd to buy their properties.

Several described the company’s behaviour as ‘horrendous’ and at least one suffered a breakdown as a result.

The announcement this week that the eastern leg of HS2 was being scrapped means their suffering has been for nothing.

But even now communities along the route are unable to move on, as ‘safeguarding’ remains in place – meaning the potential for the line being revived remains. Thanks to the spectre of HS2, the once-prized townhouses, surrounded by picturesque countryside, are being rented out at low cost. Crime and anti-social behaviour has flourished, and just two of the original owners remain.

In July 2016, when the HS2 route was revealed, 166 houses of up to four bedrooms had been sold and occupied, with another 46 under construction or due to be built soon. About 400 people lived there.

Robert Hulme, 38, said HS2 was a factor in the break-up with his then-partner, who had lived with him on the estate for three years.

HS2 originally offered to buy his house for £149,000, the same price he had bought it for, but after almost three years of wrangling he accepted £163,000. By then his relationship was over.

‘We had to go through a lot of bartering to get the price up bit by bit, but then we split up and had no choice but to accept. From start to finish it was horrendous. 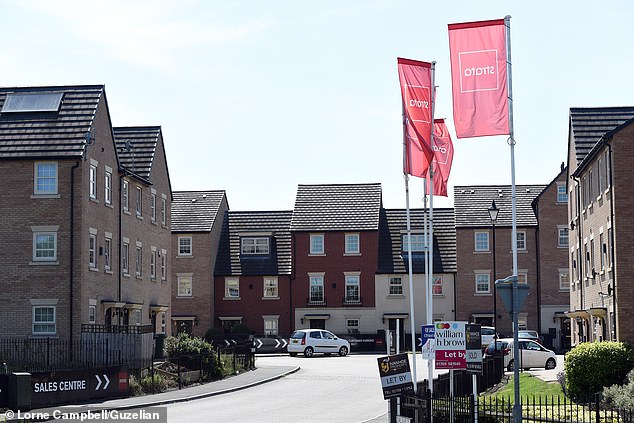 The newly-built Shimmer estate, Mexborough, South Yorkshire in 2017, where residents faced the demolition of their homes to make way for the HS2 railway line

‘It was heartbreaking. When we moved in we were delighted. It had a balcony, the neighbours were very nice and it was a nice estate.

‘There is a Facebook group and now they have problems with burglaries and kids throwing stones… they have moved social housing in now.’

Mr Hulme, an alarm installer, said he was now with a new partner and had ‘moved on’, but the U-turn to scrap the line was ‘annoying’ as it ’caused a lot of stress’.

Carer Leigh Smith, 56, and her teacher husband Michael were also forced to sell up – but moving out took three years.

Having initially been offered £12,000 less than the £140,000 they paid for the property, they eventually received a sum more or less matching it. However, they still made a loss given the cost of moving to a new home in Doncaster. ‘Our mortgage is now £50,000 more and the property is smaller,’ Mrs Smith said.

She added that the couple became ‘ill’ as a result of trying to move, which saw them continually reserving homes elsewhere only to lose out due to delays by HS2 Ltd in sorting out the Shimmer estate sale. ‘They were awful,’ she said. ‘It has been horrendous and I nearly had a breakdown.’ The couples’ suffering was made worse as the original property was ‘our dream come true, our forever home’.

‘We had only been there three weeks when the letter about the train line arrived,’ she said. ‘We hadn’t even done a meter reading.’

Another householder is still on medication from a breakdown resulting from their ordeal. Bev Chapman, a local councillor who has dealt with many of the residents, said: ‘People have literally had the rug pulled away from underneath them, it was awful.’

An HS2 spokesman said safeguarding of the route remains as a review is under way to look at how to bring high-speed services through South Yorkshire to Leeds.