16,000 hoarder homes flagged up as fire risks by authorities

England’s biggest HOARDERS: 16,000 homes have been deemed a fire risk because they are piled high with belongings and junk – with 6,333 in Merseyside and 1,675 in Greater London

Over 16,000 English homes have been deemed a fire risk due to dangerous levels of hoarding, with Merseyside and Greater London topping the regional list.

Newspapers stacked against doors, compressed gas cylinders and ‘biological hazards’ such as used incontinence products – these are just a few examples of the risks fire brigades have flagged up in homes around the country.

Crews in the worst-offending county conduct more than 50,000 inspectiions of properties every year, 10,000 of which are for premises deemed high fire risk.

Firefighters have a duty to report hazards to social services, if they fear the clutter could cause fires to rage out of control, as well as obstacles that could compromise escape routes. 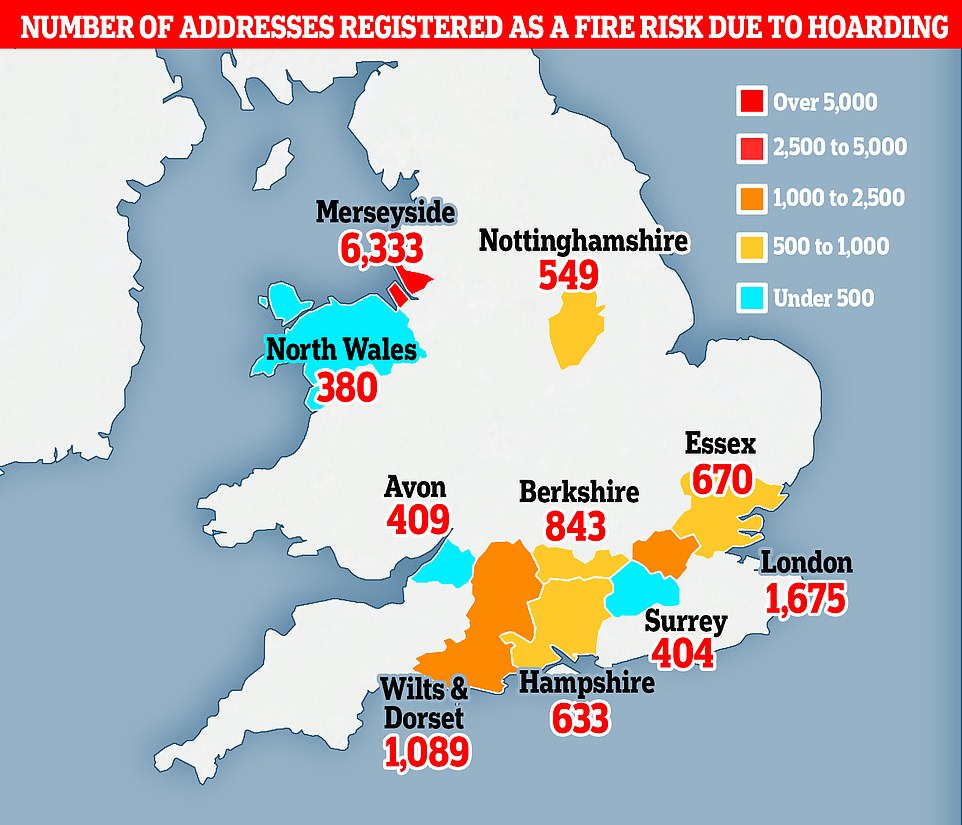 Merseyside has a table-topping 6,333 homes flagged up as fire risks due to hoarding, followed by Greater London with 1,675 and Wiltshire and Dorset with 1,089

The findings come from an exclusive MailOnline Freedom of Information (FoI) survey of the 45 fire brigades in England.

Only 31 of the nation’s 45 fire brigades responded to the FoI survey, meaning the total number of fire-trap hoarder houses could be closer to 20,000.

Mark Andrews, Assistant Chief Fire Officer at East Sussex Fire and Rescue Service, suggested domestic sprinkler systems could be fitted into houses with excess hoarding to significantly reduce the risk to the occupants in the premises’. 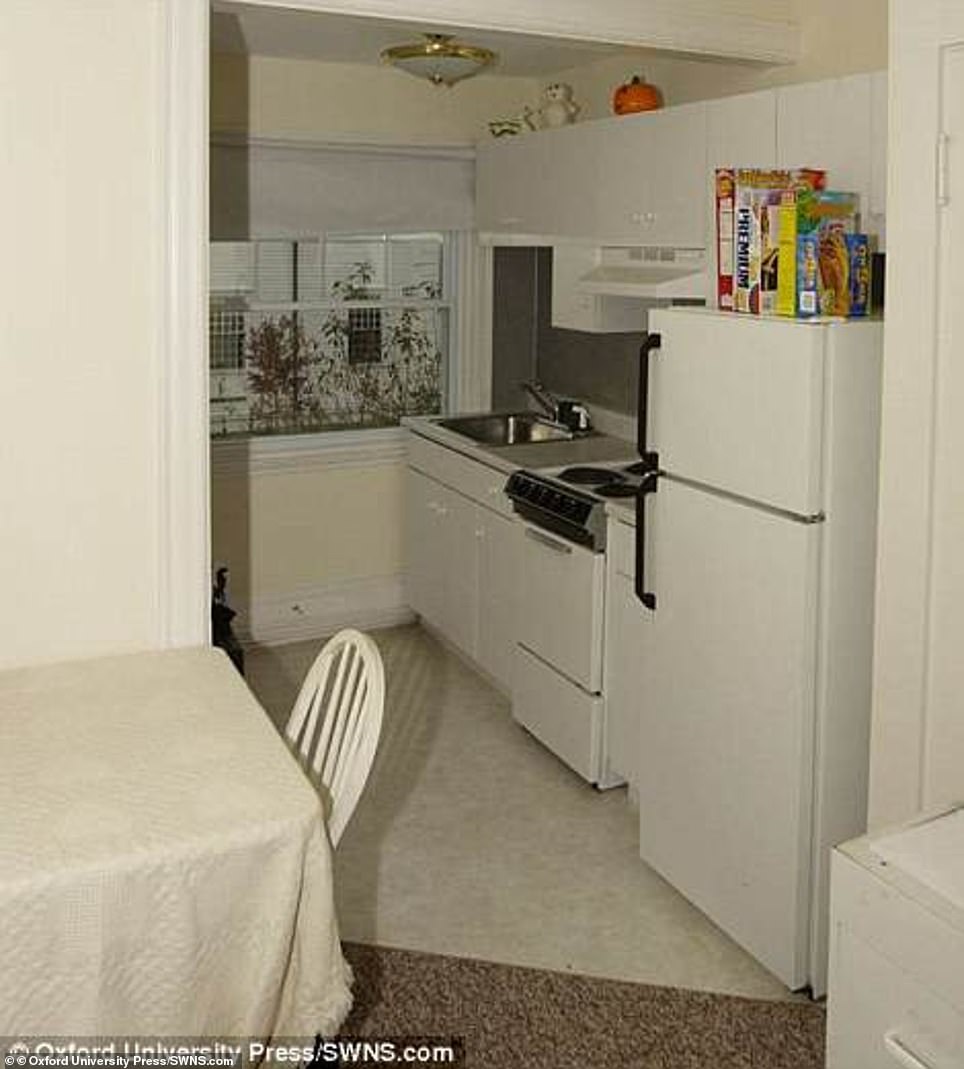 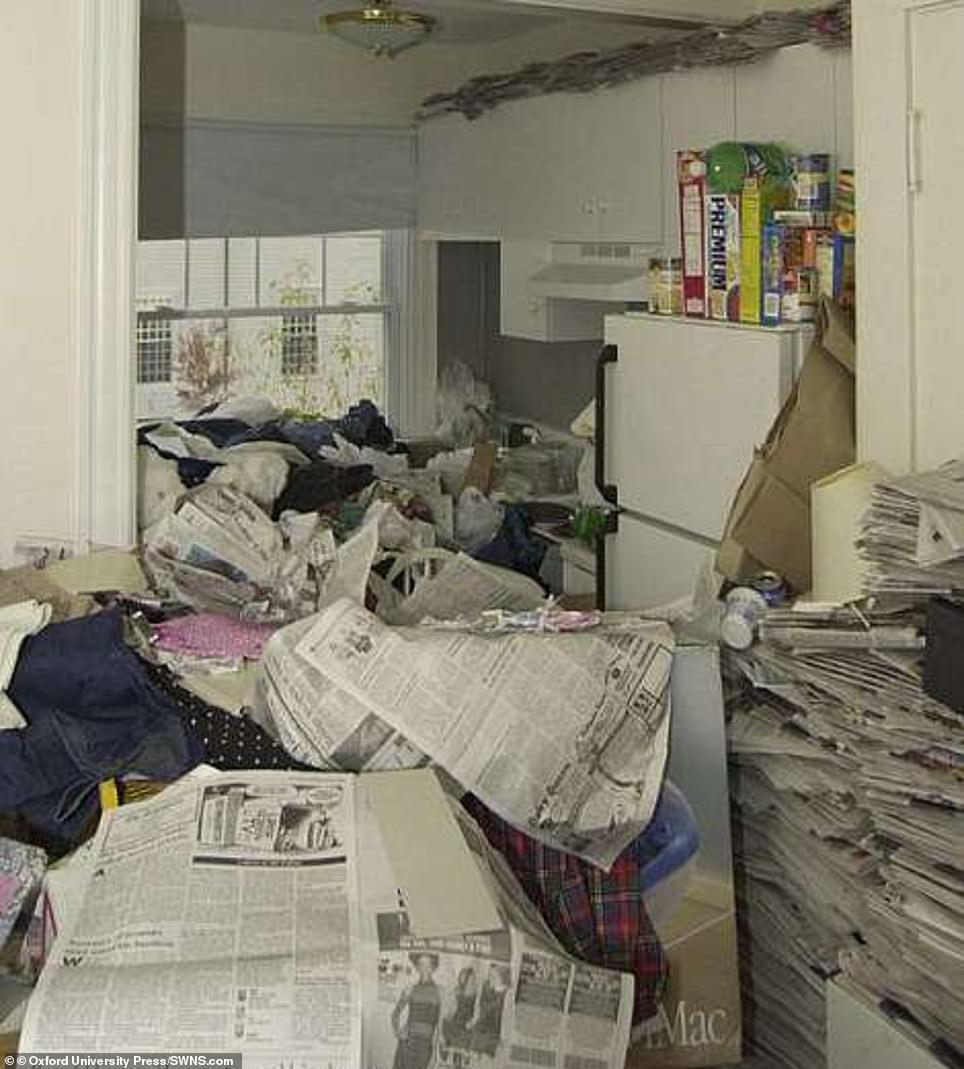 The Clutter Index: The International OCD Foundation has created a 1-9 ranking used by social workers to measure how bad hoarders’ homes are. A number of fire brigades said they kept a record of houses that scored higher than 7 (pictured, clutter index rankings 1 and 7) 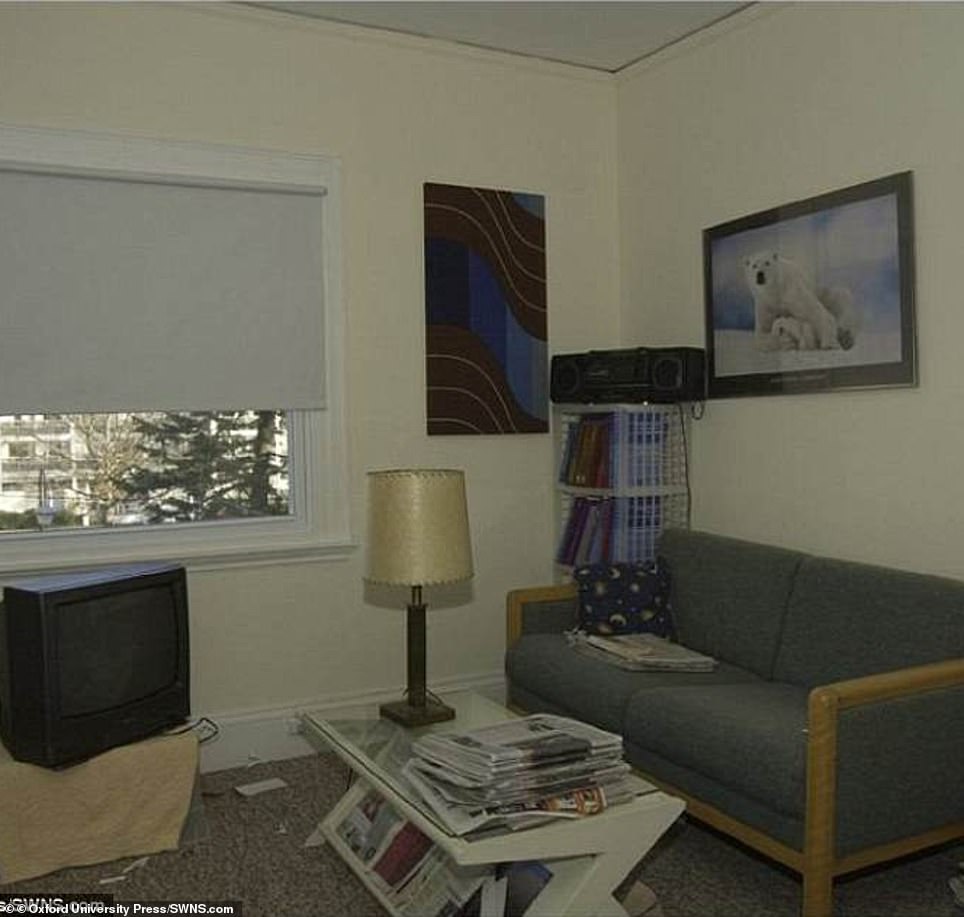 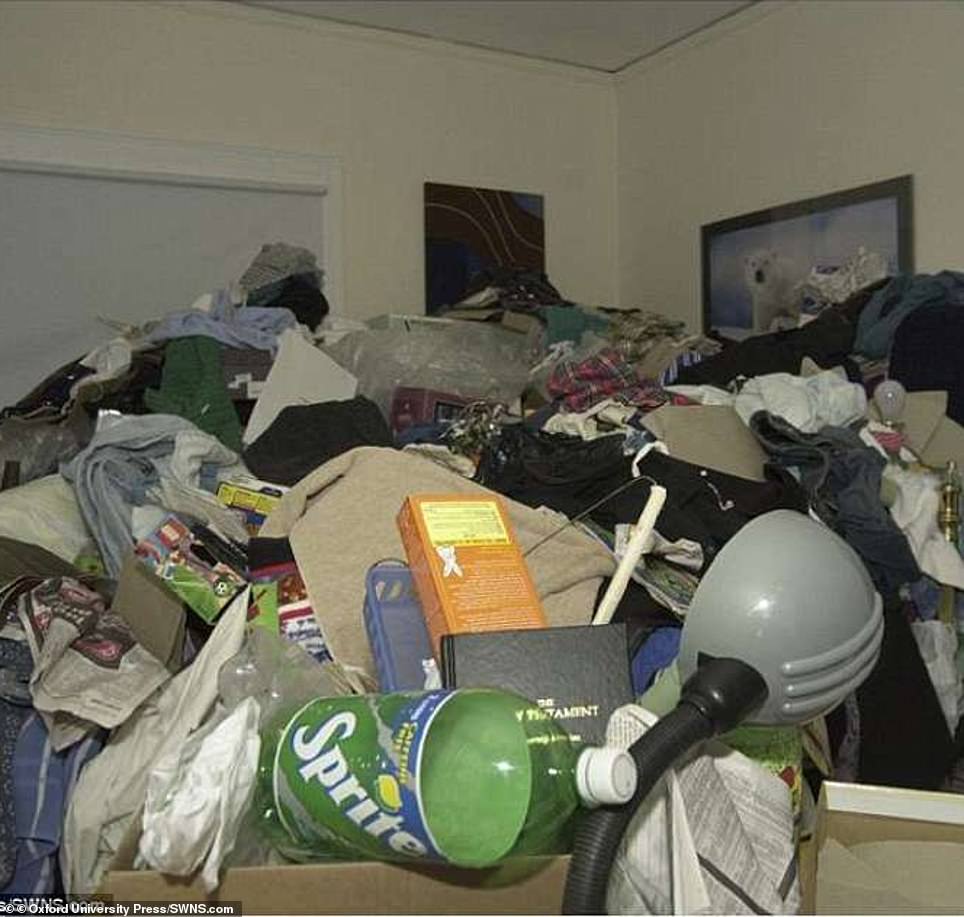 How messy is it? The Clutter Index allows social workers to communicate to fire brigades just how many obstacles they should expect when carrying out a rescue operation. As well as the level of clutter, some fire brigades keep records of the presence of ‘environmental health concerns’, like human waste or animal infestations 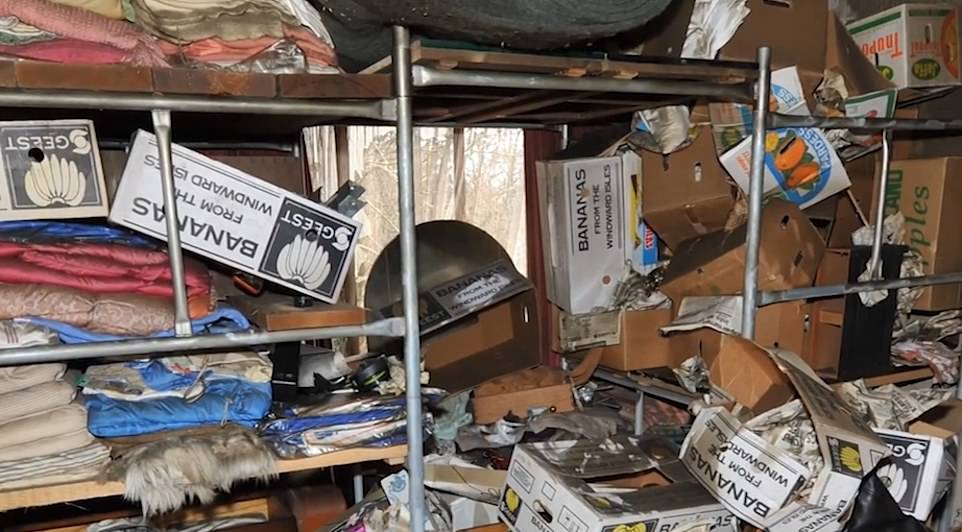 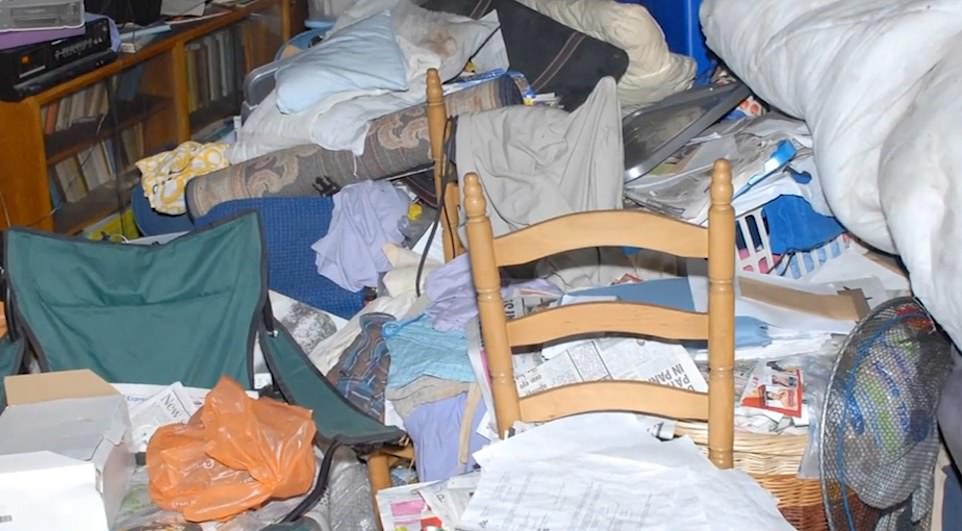 Mark Andrews, Assistant Chief Fire Officer at East Sussex Fire and Rescue Service, suggested domestic sprinkler systems could be fitted into houses with excess hoarding to significantly reduce the risk to the occupants in the premises’. 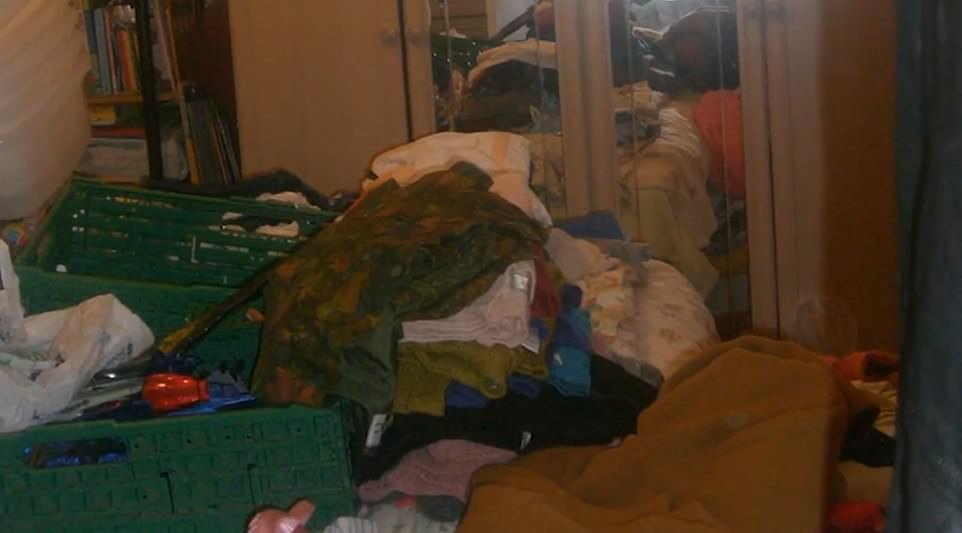 Firefighters in the worst area for hoarding, Merseyside, conduct 50,000 inspectiions of properties every year – 10,000 of which are for premises deemed high fire risk

He said: ‘It significantly reduce the risk to firefighters responding to what is a very difficult set of firefighting circumstances’, Mr Andrews said of his idea of fitting sprinkler systems into hoarder death-trap houses. His comments came in a video published by the Chief Fire Officers Association in May 2014.

Kevin Johnson, Strategic Safeguarding Lead for Merseyside Fire and Rescue Service, said: ‘Merseyside has some of the most deprived areas in England (as evidenced in the latest indices of deprivation) which may have some impact around living and environmental issues.

‘However, we work closely with partner agencies to ensure the safety of the most vulnerable in the communities we serve.

‘We do this through carrying out approximately 50,000 Home Fire Safety Checks (HFSCs) each year, as well as 10,000 high risk Safe and Well visits. 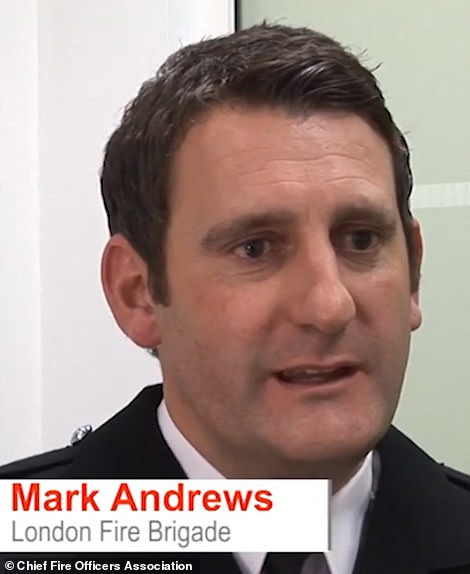 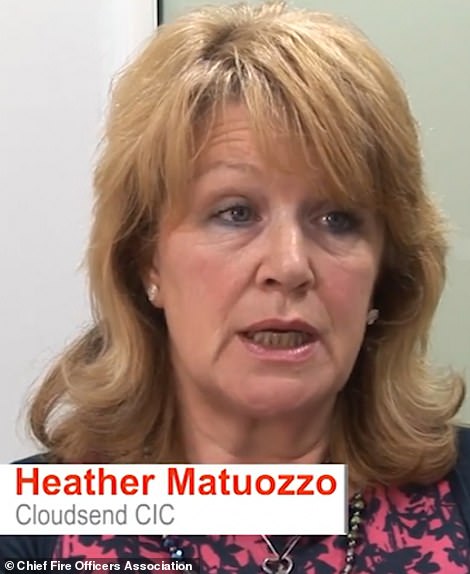 Mark Andrews said fitting domestic sprinkler systems in extremely cluttered houses could ‘significantly’ reduce the risk of firefighters, but Heather Matuozzo, founder and director of HoardingUK, said for hoarders, ‘hoarding isn’t the problem,  it’s their solution, so if you take their stuff away, that will make them more anxious’.

These visits help us to identify more vulnerable hoarders and allow us to have a collaborative approach with our partners to reduce or eliminate the risk of hoarding altogether. In cases of extreme high fire loading, we are able to submit a Safeguarding Referral to the local authority’s Adult Social Care Team to initiate a multi-agency response.’

Hoarding is defined as the ‘excessive collection and retention of any material to the point that it impedes day to day functioning’ by the Care Act 2014.

‘In hoarding situations, a person may have the ability to clean up or order a skip, but that doesn’t take into account the related emotions – the value of their possessions to them, emotional significance of the items, safety, anxiety or guilt’, according to guidance published by Merseyside Safeguarding Adults Board in 2019.

The International OCD Foundation quantify hoarding using a 1-9 ranking. A number of fire brigades responding to our survey said they kept a note of houses that scored 7 and above on the index.

‘A lot of people want to help in these circumstances’, said Heather Matuozzo, founder and director of HoardingUK, speaking in a video on the Chief Fire Officers Association’s YouTube channel.

‘But the key to being able to help is understanding the condition. It’s an anxiety-based condition. Their hoarding isn’t a problem: it’s their solution.

‘So if you take their stuff away, that will make them more anxious.’

Kimberley Gordon, also of HoardingUK, told MailOnline: ‘Between 25 and 30 percent of fire deaths in the UK are related to hoarding.

She continued: ‘If you or a loved one is living in a hoarded property, there are steps you can take to decrease the risk.

‘Firstly, create a safe route through the home so if there is an emergency it can be exited quickly.

‘Work towards being able to close all the doors in the home without having to move items.

‘Consider clearing spaces around electrical and gas appliances, boilers and outlets. This will reduce the risk of a fire starting and allow safety checks to take place to ensure the home is safe.’

A spokesperson for Merseyside Fire and Rescue Service said: ‘Hoarding is a problem that can develop in households over years and often it can be linked to a person’s mental health.

By the time people recognise there is a problem they may feel they are out of their depth or unable to make their homes safer.

‘Anyone who is concerned that they may be at higher risk of fire due to hoarding, or know someone who is, should contact their local Fire & Rescue Service for advice.’