San Francisco 49ers quarterback Jimmy Garoppolo left Sunday's game against the Miami Dolphins early in the first quarter with an ankle injury, and was subsequently ruled out.

After the game, head coach Kyle Shanahan told reporters that he broke a "few things" in his foot and is out for the season. The 49ers won the game with backup Brock Purdy at quarterback, 33-17.

“For the individuals for whoever it is you’re always crushed .”

“Jimmy’s a hell of a player, we were so fortunate to have him here but we need everybody.” pic.twitter.com/EbesUkMGoR

"Jimmy's a hell of a player," Shanahan told reporters after the game. "Like I said last week, we were so fortunate to have him here. But we need everybody.

Early in the first quarter, Garoppolo appeared to roll his ankle while being sacked by Miami linebackers Jaelan Phillips and Jerome Baker. He limped off the field and went to the medical tent, then was quickly carted off to the locker room.

Jimmy Garoppolo was carted to the locker room with an ankle injury… Brock Purdy is coming in at QB for the 49ers! pic.twitter.com/oFUXyIXRYx

Purdy took over after Garoppolo was carted off and helped lead the Niners to the win while completing 25 of 37 passes for 210 yards with two touchdowns and an interception.

Head coach Kyle Shanahan probably didn't think he'd have to play Purdy this season except for maybe a blowout. He probably also didn't think Garoppolo would be starting as much as he has. The Niners' season began with Trey Lance, their quarterback of the future, sustaining a season-ending injury in Week 1. Jimmy G, who was supposed to spend the entire season as Lance's backup, took over from then on.

Now the 49ers are forced to regroup again at the game's most important position. 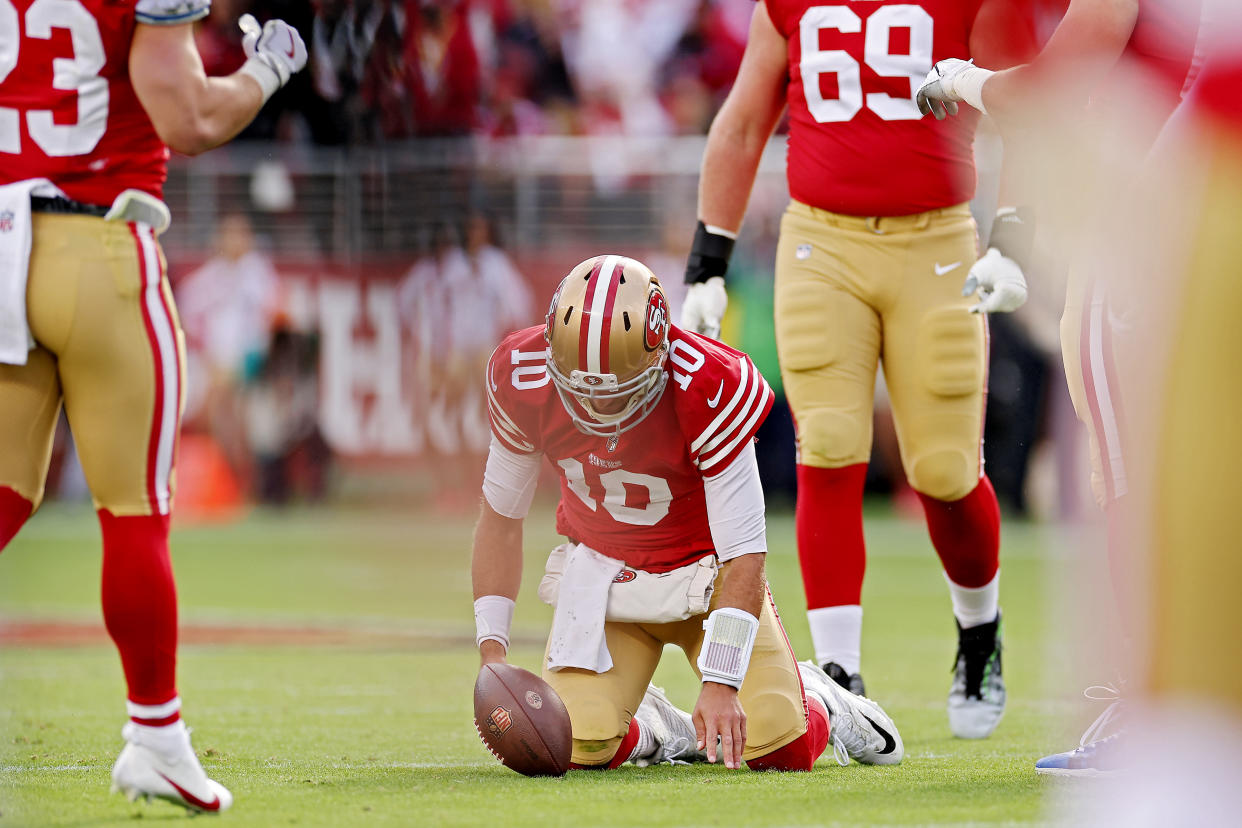