The helicopter involved in the incident was a Vietnam-era aircraft being used for tourism purposes, according to a local NBC affiliate.

The Logan County Office of Emergency Management said the crash was reported at around 4:45 p.m. near Kelly Hollow.

As first responders arrived on the scene, they were able to confirm that six people had been killed in the crash, it said.

The Federal Aviation Administration said a Bell UH-1B helicopter had crashed near Route 17 in Logan County. 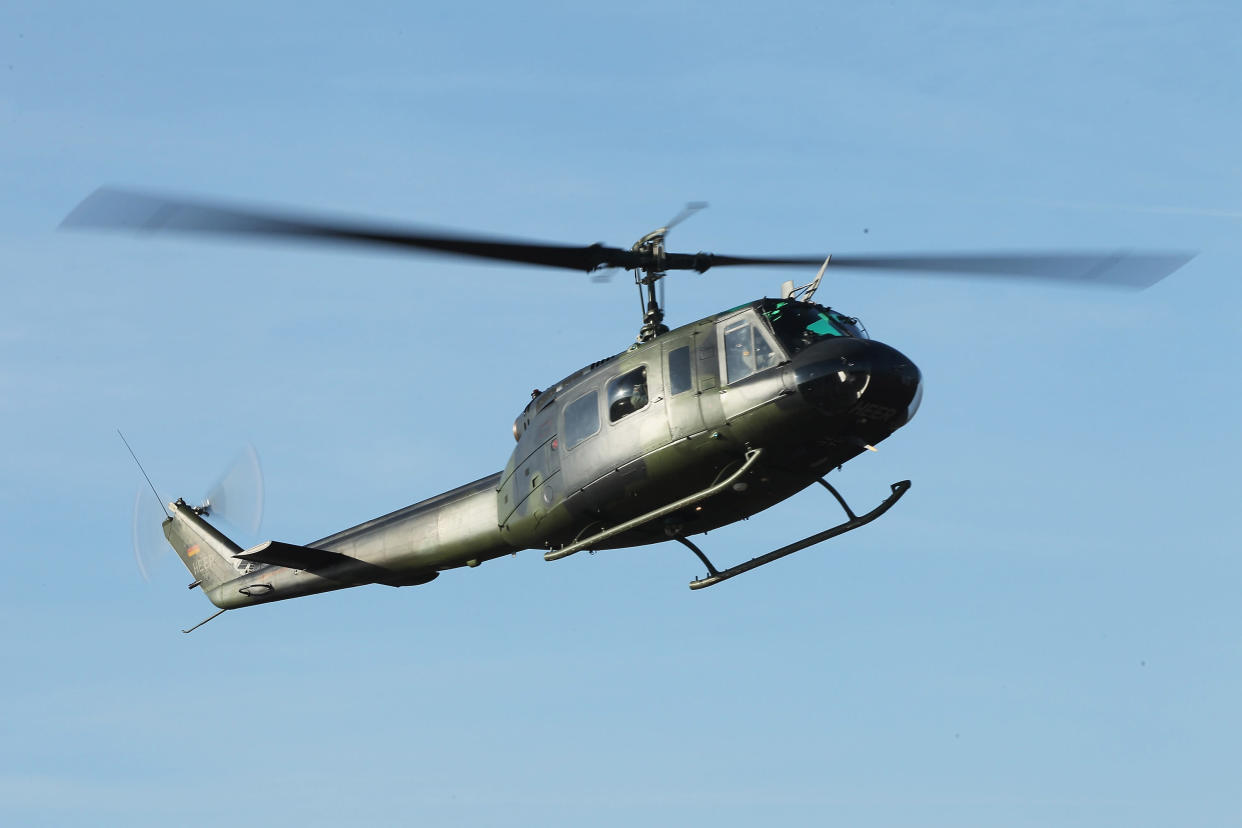 Ray Bryant, who was at the scene of the crash and is the chief of operations for the Logan Emergency Ambulance Service Authority, told WSAZ-TV, an NBC affiliate based in Huntington, West Virginia, that the Vietnam-era Huey helicopter was being used for tourism flights.

Bryant told The New York Times that the helicopter’s tail number was N98F.

The N98F was being featured this week at the 7th Annual Huey Reunion, organized by Marpat Aviation at Logan County Airport, with aviation enthusiasts able to ride in or fly the plane for a donation, according to Marpat’s website. The event was meant to run from Tuesday through to Sunday.

According to Marpat’s website, the N98F was used during the Vietnam War and has since appeared in a number of films, including “Die Hard,” “The Rock” and “Baywatch.” NBC News has contacted Marpat for comment.

A number of agencies, including the Federal Aviation Administration, West Virginia State Police and National Highway Safety responded to Wednesday’s crash. The National Transportation Safety Board is leading an investigation into the incident, the Logan County Office of Emergency Management said.

CORRECTION (June 23, 2022, 8:33 a.m. ET): A previous version of this article misstated the location of NBC affiliate WSAZ-TV. It is Huntington, West Virginia, not Huntington Beach.