A Christmas tree planted in a couple’s Worcestershire garden in 1978 has grown so big over the years that it is now more than 50 feet tall.

Avril and Christopher Rowland, of Inkberrow, housed the £6 fir tree outside their front window to mark their very first Christmas together in their new home 44 years ago.

Since then the tree has grown significantly and now towers over their four-bedroom property.

The fir has been decorated so much over the years – this year boasting more than 3,000 twinkling lights – that it has become one of Worcestershire’s largest Christmas attractions. It remains the town of Inkberrow’s largest illumination. 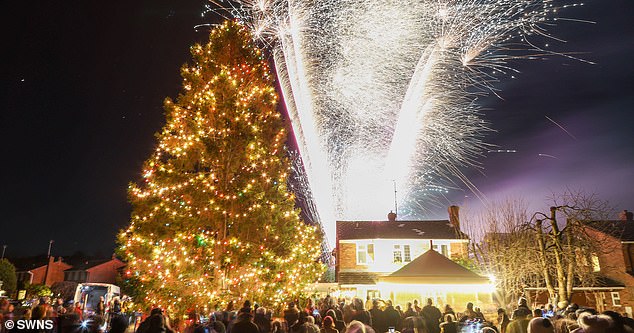 Avril and Christopher Rowland’s Christmas tree which they planted 44 years ago to mark their first Christmas together in their new house has now exceeded 50 feet in height. Pictured: The Christmas tree last night wearing more than 3,000 lights 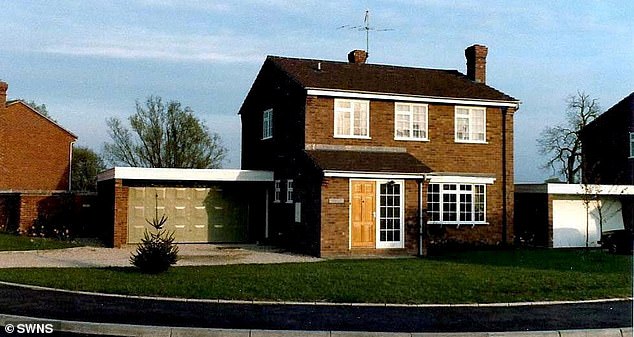 Mr and Mrs Rowland’s tree was £6 when they bought it in 1978 to plant outside their new home in Inkberrow, Worcestershire

When asked whether the tree was bigger than ever this year, Mr Rowland told MailOnline: ‘Oh yes. It doesn’t go down – it only continues to go up.’

Meanwhile, even though the price of energy has skyrocketed, the couple said they have no intention to stop their Christmas tradition and use the tree lights to raise money for various charities. 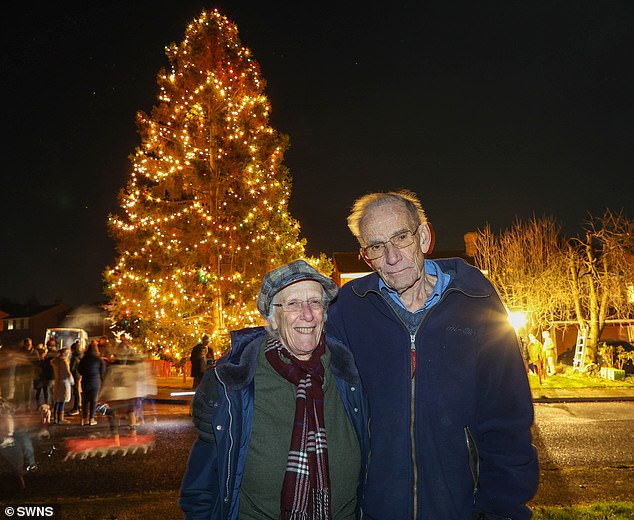 Mr and Mrs Rowland, pictured yesterday, turn on the Christmas tree lights on their 50+ feet tall tree to raise money for charity every year. Mr Rowland said they managed to raise around £750 this year

According to The Mirror, Mrs Rowland, a 76-year-old retired TV writer, said: ‘After two years of somewhat scaled-back versions due to Covid, we’re planning to get the tree back to its full glory this year.

‘A couple of years back our electricity provider actually gave us £100 off our bill, so we’re going to request the same this year as you never know unless you ask.

‘It just wouldn’t be Christmas without it. It has been a tradition for so long now that we wouldn’t even dream of cancelling it.

‘During Covid, it served as a beacon of light and I still think people need that now.’ 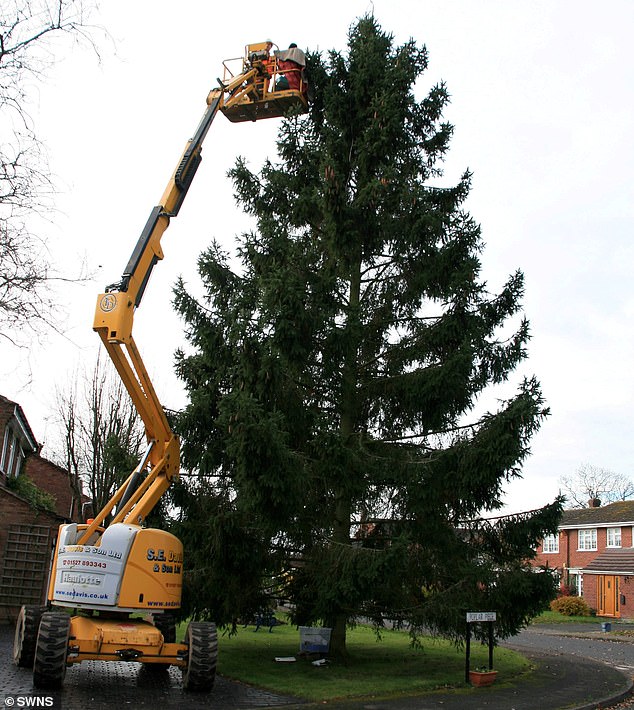 The couple said the tree has gotten so big that a local farmer lets them borrow his cherry picker to help them decorate it. Pictured: The massive tree being decorated using the cherry picker in 2013 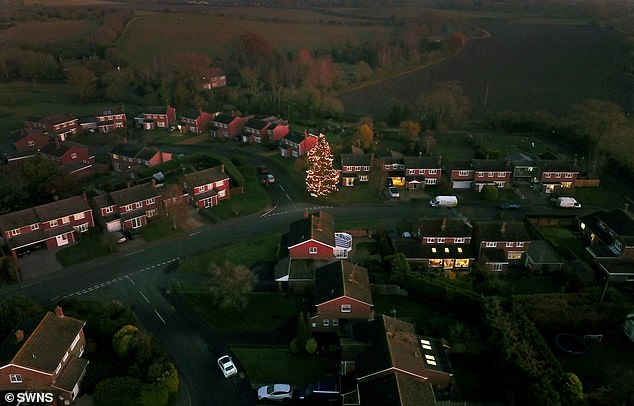 Mrs Rowland added: ‘It’s a good cause, so we will carry on and not be put off by the energy prices.

‘Thousands of people turn out for it, so we didn’t want to let anybody down.’

The couple explained that the tree has gotten so big a local farmer lets Mr and Mrs Rowland borrow his cherry picker to help them decorate it.

The pair has raised tens of thousands of pounds for charity over the years from attraction seekers who show up to view the mighty tree which is visible for miles. 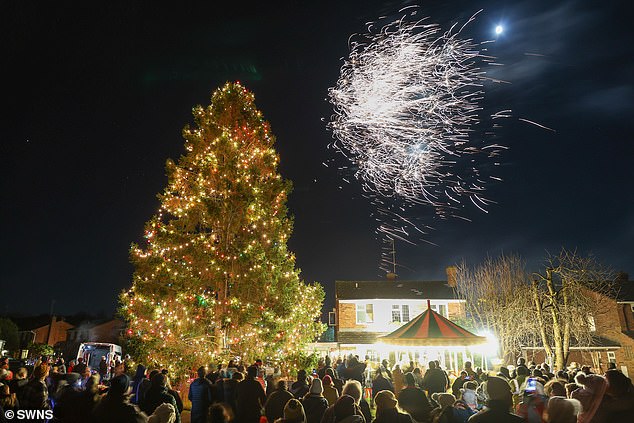