7 News Stories You Need To Know This Week

With less than two weeks of summer left, the world seems to be returning to a shattered version of how itself before March 2020. Mask mandates aren’t required but there are still many people that elect to wear masks. Jobs and schools are returning in-person, but the number of employees, teachers, and students aren’t returning, as they have all found alternatives. Great Britain still has a monarchy, but the queen is dead and now there is a king. As we’re all still trying to adjust to this new “normal,” here are seven news stories you might have missed along the way. 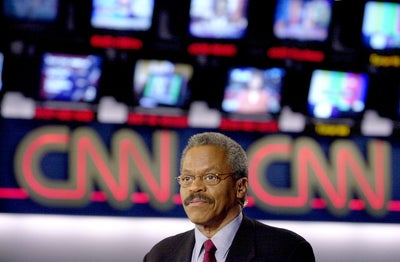 On Wednesday, Bernard Shaw, the CNN anchor who was a network staple for more than 20 years, died at age 82. Shaw died of pneumonia unrelated to COVID-19, his family announced in an official statement.

Shaw was with CNN when it launched in 1980. He served as its first chief anchor.

Born on May 22, 1940, Shaw grew up in Chicago, and attended the University of Illinois at Chicago. Despite knowing that he wanted to pursue journalism, Shaw joined the Marines. He went on to work for CBS News and ABC News, reporting from Congress, the White House and Latin America.

CNN also noted that Shaw, was on the air as a Black man when other networks had white men as their lead anchors.

Shaw was the recipient of many awards for his journalism including the Edward R. Murrow Award for Lifetime Achievement Award in Broadcasting and was inducted into the Broadcasting & Cable Hall of Fame in 1999.

Shaw is survived by his wife Linda and their two children, Amar Edgar and Anil Louise.

Halleloo! Shangela Laquifa Wadley continues to wow as she will be the first drag queen performer and the first male celebrity contestant to be paired with a male professional dancer on ABC’s Dancing With The Stars.

Before Shangela, born D.J. Pierce, 40, was a standout in the film, A Star Is Born, HBO’s We’re Here, and before she delivered that outstanding medley performance at the GLAAD Media Awards in front of Beyoncé in 2019, she was the tenacious drag queen with a heart of gold on RuPaul’s Drag Race 2 and 3, RuPaul’s Drag Race: All-Stars seasons 2 and 3, and RuPaul’s Drag Race Holi-slay Spectacular.

Hopeful, Shangela can take home the crown and not be robbed like she was on All-Stars 3. All tea, all shade.

Here’s a refresher of what Shangela will likely bring to the upcoming DWTS season. (Beyonce’ was impressed.)

Nigerian-British musician Skepta is exemplifying what it means to be an artist. The “Insomnia” grime rapper took a break from the recording studio and headed to a different studio to paint. According to a press release, Skepta, born Joseph Olaitan Adenuga Jr. has guest curated a section of the upcoming “Contemporary Curated” sale, a Sotheby’s initiative and debuted an original work called “Mama Goes to Market.” It is his first painting and was created during the Covid-19 lockdown in 2020.

In the press release, Skepta said, “My mum used to carry me just as the woman in my painting carries her child. I always planned to include these four figures: a young boy, two women engrossed in conversation, and another lady rationing rice into a bowl besides baskets brimming with fruit and veg. I designed their clothes too— ‘Nigerian Couture’,” he added.

Sotherby’s collaboration with Skepta includes works by other artists that he selected. The exhibit includes spray-painted pieces by Chito and Slawn, as well as a surreal portrait by Lynette Yiadom-Boakye, collage work by Outtara Watts and a densely textured Abstract Expressionist painting by Frank Bowling.

“I chose these pieces because, to me, they all had an African feeling about them. Whether they were created by African artists or not, they all share in this essence. In one way or another, they triggered powerful dialogues with my painting too,” said Skepta in the press release.

On Wednesday, a lawsuit revealed that three white employees at a Fifth Third Bank in Michigan would not process, and initially would not return, what they told a 71-year-old Black woman was a fraudulent check. According to the Detroit Free Press, Lizzie Pugh won an unspecified jackpot amount on a slot machine during a church outing at Soaring Eagle Casino and Resort in Mount Pleasant, Michigan, on April 9.  Pugh paid the jackpot taxes at the casino and left with a prize-money check. When she tried to open a savings account and deposit the check, just two days later, she was told it was fraudulent.

The lawsuit alleges that Pugh handed over her driver’s license and informed the tellers she was a retiree as a sign of good faith. And the check reportedly included all matching and correct information such as Pugh’s name, the residential address that’s on her identification, as well as the casino’s logo, its location and a memo line that read “SLOT JACKPOT.”

Once the employees refused to take her check again, Pugh requested that the employees call law enforcement. They refused and instead involved a third employee, who then told Pugh she could not have her check back.

Though Pugh eventually got her check back that day and was able to open an account with a nearby competitor, the damage was already done.

John Mihelick, who is listed as the lawyer representing Fifth Third Bank in court records, declined comment, citing pending litigation, according to The Detroit Free Press.

5. Sanaa Lathan’s Directorial Debut for On The Come Up Is Close

The full trailer for actor and producer Sanaa Lathan’s (The Best Man) directorial debut, On The Come Up, has been released. Scheduled for a world premiere at the 2022 Toronto International Film Festival next month, the movie will have its U.S. streaming premiere on Paramount+ on Sept. 23.

Based on Angie Thomas’s (The Hate U Give) New York Times #1 best-selling novel of the same name, the film stars newcomer Jamila C. Gray, as Bri, a gifted 16-year-old rapper. Bri attempts to take the battle rap scene by storm to carry on her father’s rap legacy which was cut short by gang violence. But she quickly finds herself torn between her true self and a false industry persona when her first hit song goes viral for all the wrong reasons.

Whether you are a fan of Thomas’ work, Lathan’s work, love Black YA novels, or feel nostalgic for the SMACK DVD battle rap days—this movie is for you to check out.

6. Can You Tell Me How To Get To The First Black Woman Puppeteer On Sesame Street? 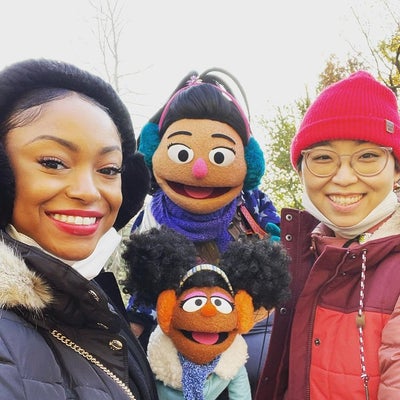 Megan Piphus Peace has become the first Black woman puppeteer in Sesame Street history. According to profile by her alma mater, Vanderbilt University, Peace nabbed the role back in September 2021 as the 6-year-old Black Muppet, Gabrielle.

The 29-year-old, wife and mother of two, first became interested in puppetry at the age of 10, while attending a puppetry conference in Illinois with her teacher. She reportedly fell in love with the artform and ventriloquism. Peace dedicated herself to her craft by her teen years she fostered a mini career for herself. She made appearances at daycares, schools, churches, and festivals, both locally and out of state. By 15, she was even featured on The Oprah Winfrey Show’s “World’s Smartest and Most Talented Kids” episode.

Peace graduated in 2014 and kicked-off a professional career in real estate finance, doubling as a puppeteer on the side. In 2017 and 2018, she submitted an audition tape for Sesame Street but to no avail. Later she connected with Leslie Carrara-Rudolph, known for playing Abby Cadabby, a beloved fairy-in-training who debuted on the series in 2006.

Peace landed her big chance in 2020 during the nation’s racial uprising protests. At the time, Sesame Workshop was creating the racial justice initiative Coming Together that included a special called The Power of We. Peace was the top choice.

“I would have cried like a baby on the 123 steps if they had told me beforehand,” Peace told Vanderbilt University’s MyVU News. “The sets of Sesame Street are like walking into a fantasy. To be there is really something.”

7. Merriam-Webster Added ‘Yeet’ And 350 Other Words To The Dictionary

As life, culture, people, and technology continue to progress, it is imperative that language evolves at the same pace as the world it exists in. New terms and experiences should be ushered in as quickly as old ones are forgotten about. This month alone, Merriam-Webster has welcomed 350 new words into the dictionary. Yeet, used to express surprise, approval, or excited enthusiasm yeet verb : to throw especially with force and without regard for the thing being thrown, emerged from the then-popular app, Vine, in 2014.

Back in 2014, 13-year-old Black boy, Lil Meatball, known as user @Olilmeatball21 went viral dancing to a group of friends chanting the word. Though the child from Dallas, Texas never officially claimed to have coined the term “yeet” the Vine generation will never forget his face or his six seconds of infamy. Coincidentally enough, neither Black millennials or Black Gen Z use “yeet” as they once did. The term has however been picked up by white youths online.

Other terms like oat milk, pumpkin spice, subvariant, false positive, shrinkflation, and gift economy have also been added to the dictionary.