Melbourne’s largest Progressive synagogue, Temple Beth Israel, has an entirely new leadership after a group led by disaffected senior religious leaders and former board presidents seized control from its younger board.

An email from the new board to the synagogue community promises an end to divisions within the nearly 100-year-old organisation, after resignations, an internal investigation, months of infighting and bitter allegations of bullying and harassment. 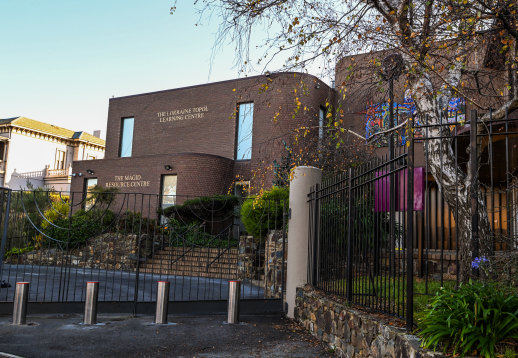 “We will be welcoming, grateful and tolerant,” the new board wrote in an email to congregation members.Credit:Joe Armao

“From today we move forward to a brighter future, one that leaves behind the bitterness and divisions we have seen and embraces ALL who are part of our Kehillah Kedoshah, our Holy Community,” it said.

But few expect the divisions to be repaired so easily, with disaffected synagogue members engaging a PR firm and accusing supporters of the new board of using underhanded tactics to seize control.

Former board president Joanna Loewy-Irons told the annual general meeting on Monday night that threats had been made, and these had been reported to police. The Age previously reported on aggressive messages that had been sent to Loewy-Irons and others.

Since then, a group of dissident synagogue members, led by a group of disaffected senior religious leaders and former board presidents, has sought to install a new board. In a message sent on June 29, seen by The Age, the dissident group said the decisions taken by the board indicated the synagogue needed a “fresh start”.

“This has been the saddest period in Temple Beth Israel’s history. It is indeed a time of turmoil,” the email said. “We need a fresh start. Many members of the present board should resign.”

Former board members and employees of the St Kilda synagogue claimed to have been bombarded with threatening emails and messages by members of the group, known as the Chaverim, who waged a months-long battle to ditch the board and seize control of the synagogue.

In Hebrew, Chaverim translates to “companions”.

The Chaverim, who include seven past Temple Beth Israel presidents, two retired rabbis and a host of business and legal industry luminaries, demanded the previous board resign by last month, or face a hostile coup. The former board did not accede to their demand, and the Chaverim took control of all 12 board and executive positions at last week’s annual general meeting, winning 490 of 530 proxies. Five board members not facing re-election resigned, meaning all board positions were filled.

In an email, the new board also announced TBI’s cantor, Michel Laloum had been reinstated.

“Whether you supported Chaverim or not, your new Board will be a Board for all our congregation,” the email read.

“Today, factions end and the Chaverim ends. From today there will be, once again simply a TBI Board of Governance whose sole goal will be to ensure that we have a unified, inclusive and stable synagogue delivering religious, cultural, educational and social opportunities for all in a friendly and welcoming environment.”

“And as we look forward to the High Holy Days in the weeks ahead, we are especially delighted to announce that Cantor Michel Laloum will be finally returning to lead our music, and with him will come our wonderful choir and organist and pastoral care. To Cantor Michel we say, on behalf of the new Board, the congregation, it will be wonderful to have you back where you belong!”

Laloum had left Temple Beth Israel amid allegations of workplace bullying. An internal investigation found “no serious misconduct”, but Australian Jewish News reported a number of the allegations “were considered to be bullying in nature”.

Among those opposing the board takeover, there were concerns Temple Beth Israel’s new board would take the synagogue in a more conservative direction.

Former chairman Alain Grossbard told AJN last month the choice facing congregants was clear: “Next month, members face a clear choice between the current approach, which embraces all ages and has seen a generational shift in our approach to governance and workplace standards, and the old way, where matters are dealt with in-house and power is concentrated in the hands of a few.”

The Age made repeated attempts to contact the board’s new leadership.