A time to reflect after a turbulent year

The day before Christmas. For many it’s the beginning of the holiday season, when celebratory provisions are bought and prepared, gifts are wrapped, last-minute chores ticked off, candles lit, carols sung. A whirl of activity.

It has forever been thus. The origins of such festivities can be traced back thousands of years in Europe, where the northern hemisphere winter solstice – usually December 21 or 22 – was celebrated with multi-day feasts and gift-giving. It was a rowdy affair. Some attribute the transition to a quieter, more family-focused celebration of the birth of Christ to Queen Victoria and her brood of nine children. 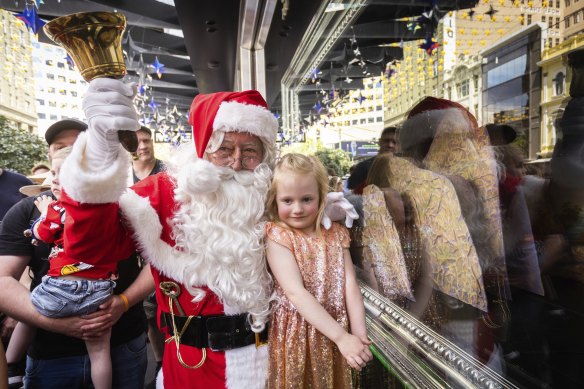 Australia is, of course, blessed with warmer climes, and Christmas Day can mean a day at the beach or camping by a river. Its cultural diversity has ensured that the traditional turkey and pudding often give way to a seafood spread or barbecue and a piece of pavlova.

However you choose to celebrate Christmas Day, we hope it includes a moment to reflect on the year that was. It was not without its usual high and lows, and some unexpected twists.

This was the year that we stopped talking about “learning to live” with COVID-19 and finally did it. No more grim press conferences, or much-anticipated daily drops of data. That’s not to say COVID-19 doesn’t still cast a dark shadow over our lives. Many of those who have tested positive will spend their Christmas Day isolating or possibly worse. But for all the ongoing threat of COVID-19, this was the year our lives returned to relative normality.

It was also a year when the abhorrent reality of war returned to Europe. President Vladimir Putin’s invasion of Ukraine, an ignominious effort to reconstruct a post-communist Russian empire, rapidly became a quagmire that exposed many of Russia’s economic and military shortcomings, and the ruthless vanity of its leader.

Closer to home, the federal election in May had more consequences than most. The Morrison government, having carried the burden of managing the pandemic, appeared tired and out of ideas. Its legislative agenda, to the extent it had ever existed, stalled entirely. Former prime minister Scott Morrison appeared incapable of fighting off the teal challenge over his lack of progress on a federal integrity commission, climate change and issues over women’s safety and equality.

Out of office for nearly a decade, Labor now has the look of a government savouring its time back in power. With a Senate open to negotiating, it has pushed through a raft of big policy changes that had been stalled or were ideologically too unpalatable for the Coalition. Australia has gone from a climate laggard to one with ambition. It will take time to see if Labor can turn that ambition into real progress.

It has not been all smooth sailing. It has been more than 30 years since inflation last upended Australia’s economy. But the dragon, as it has been described, is once again on the rampage, making this Christmas difficult for far too many Australians. The Reserve Bank’s response of lifting interest rates for a record eighth consecutive month to a 10-year high of 3.1 per cent hurts, and murmurs of a possible recession are growing.

In this busy and often stressful world, Christmas is a reminder to slow down and appreciate the simple joys in life. The sharing of food, the chance to catch up with family and friends, or just to while away a sunny afternoon in the backyard reading a book.

From everyone at The Age, we wish all Victorians a very happy Christmas. We thank you for your support this year, and for your trust in our journalism.

Michael Bachelard sends a newsletter to subscribers each week. Sign up to receive his Note from the Editor.