A PHOTOGRAPHER exploring Northern Italy was stunned to find a beautiful abandoned grand villa filled with antique furniture, artwork and even a fully-stocked wine cellar.

Tucked away in a small town, the forgotten gem, discovered by Roman Robroek, is covered in plants and the hidden property shows little sign of its former glory – until you go inside. 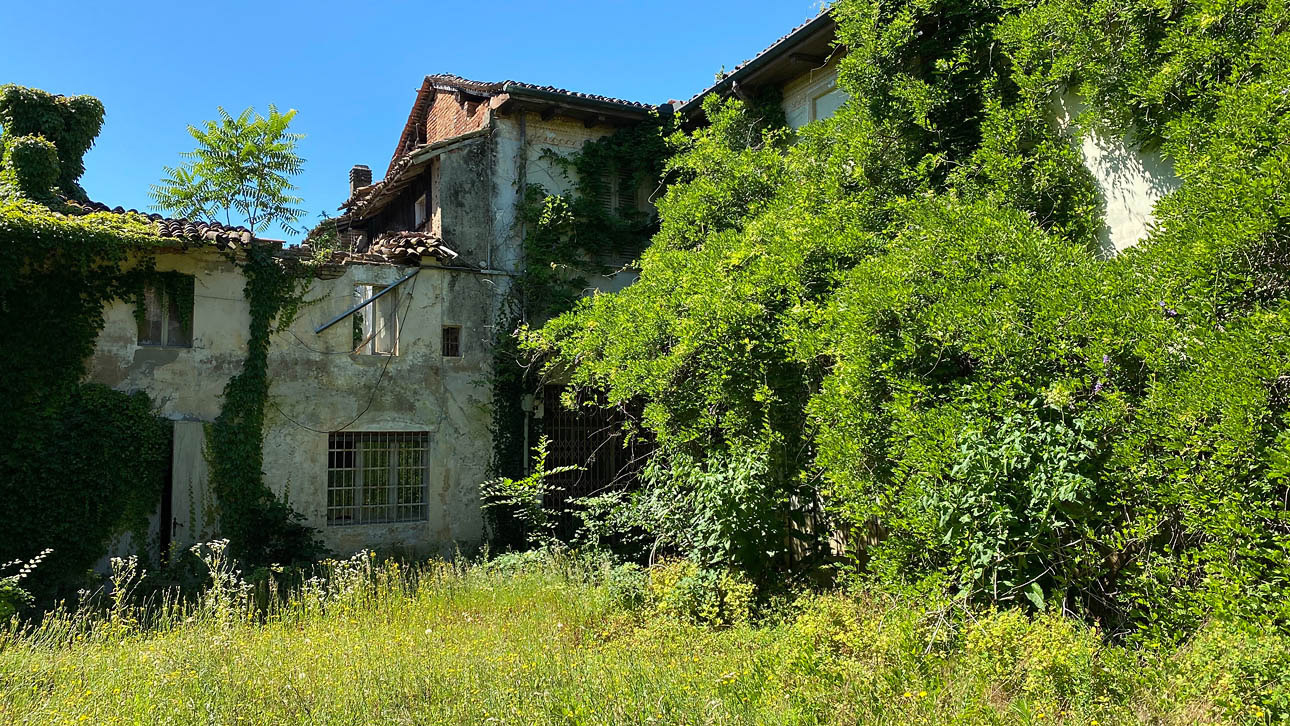 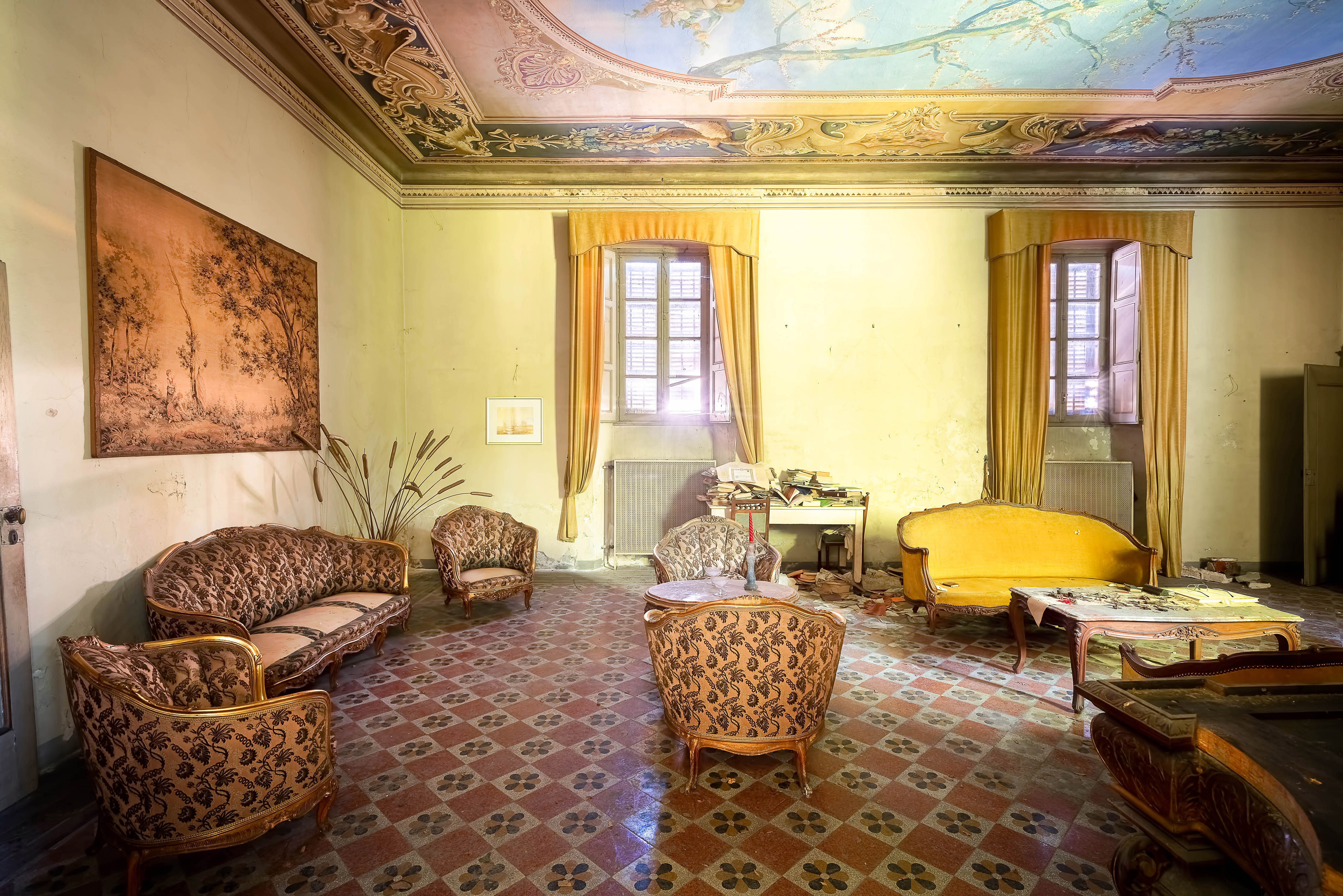 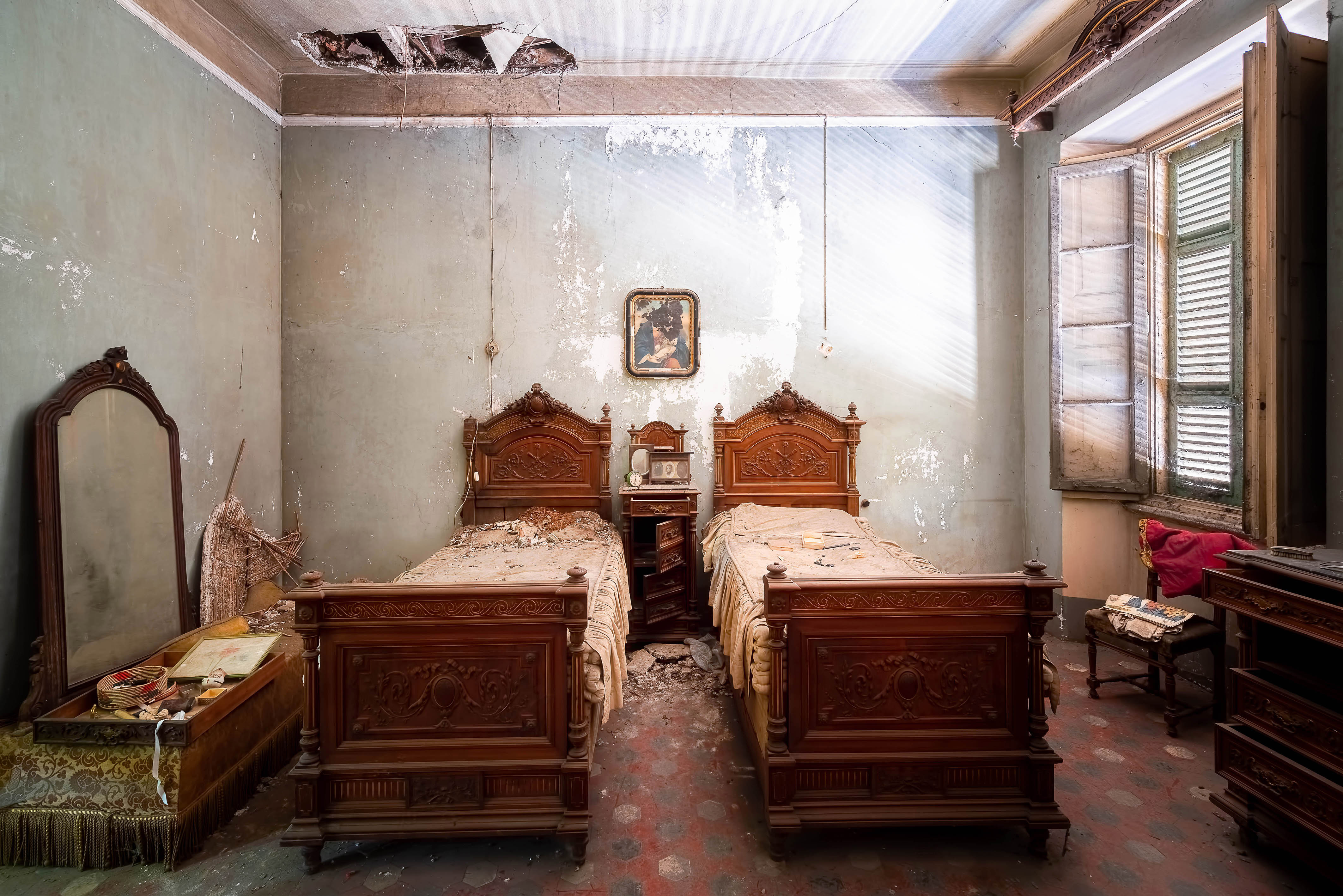 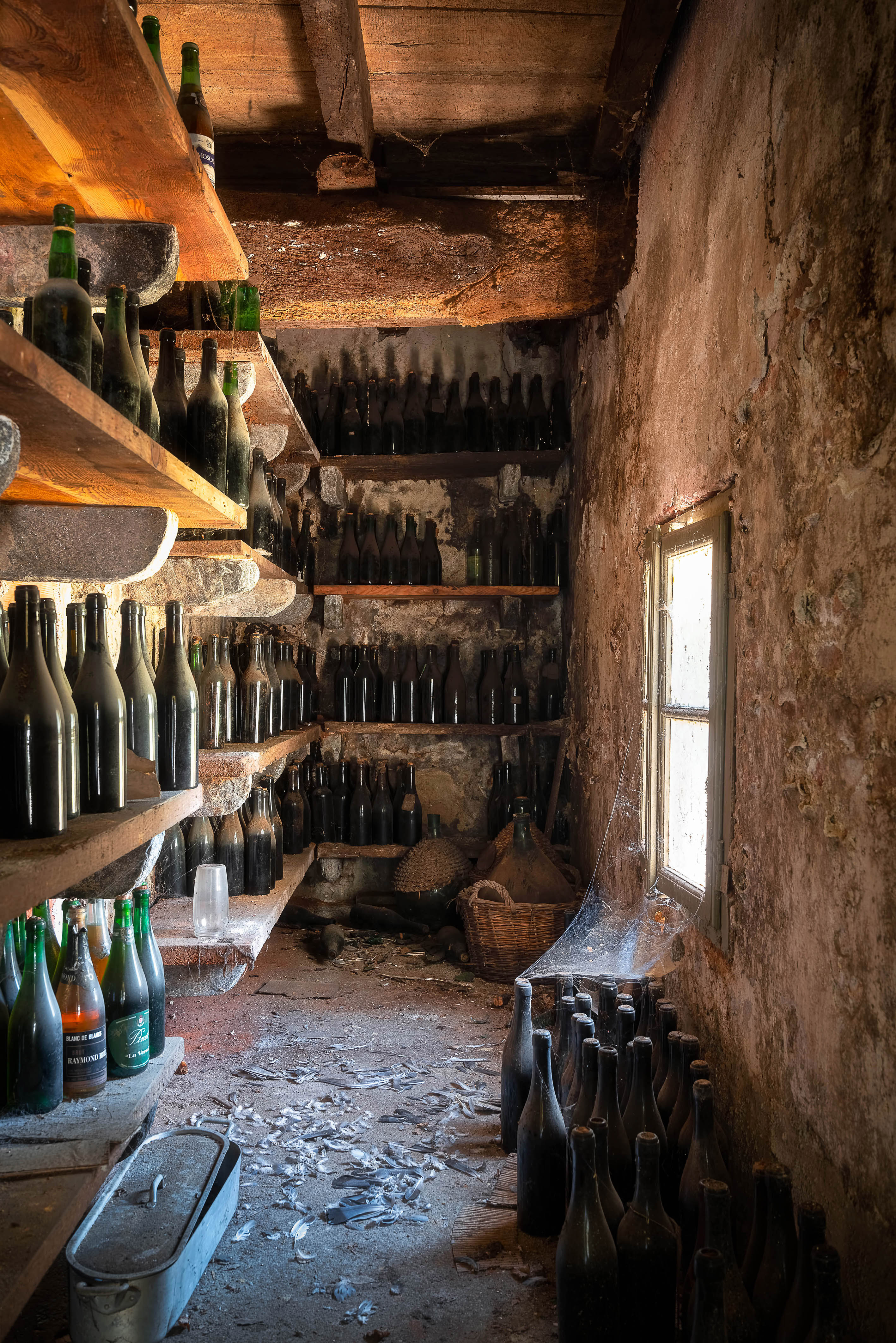 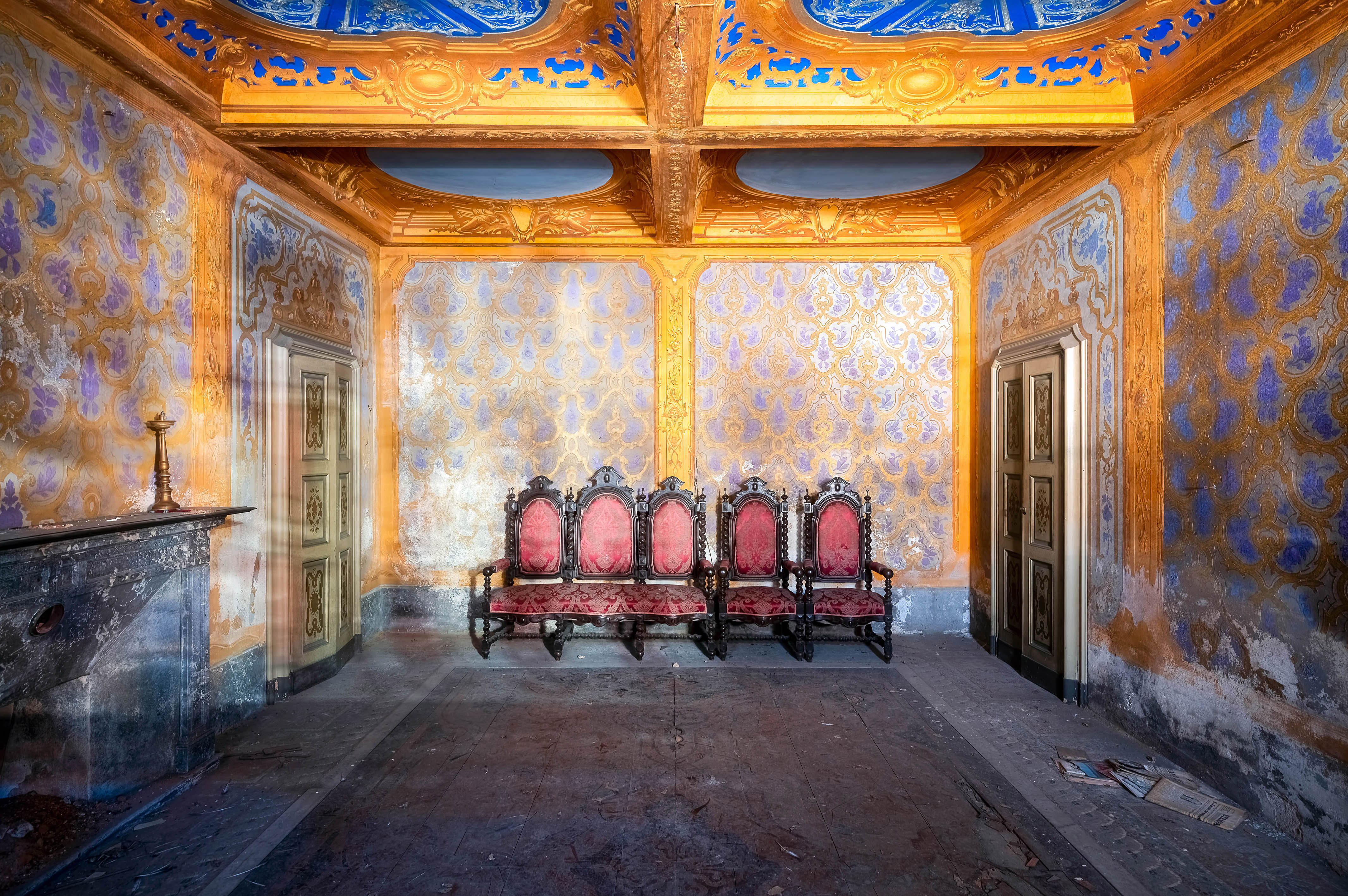 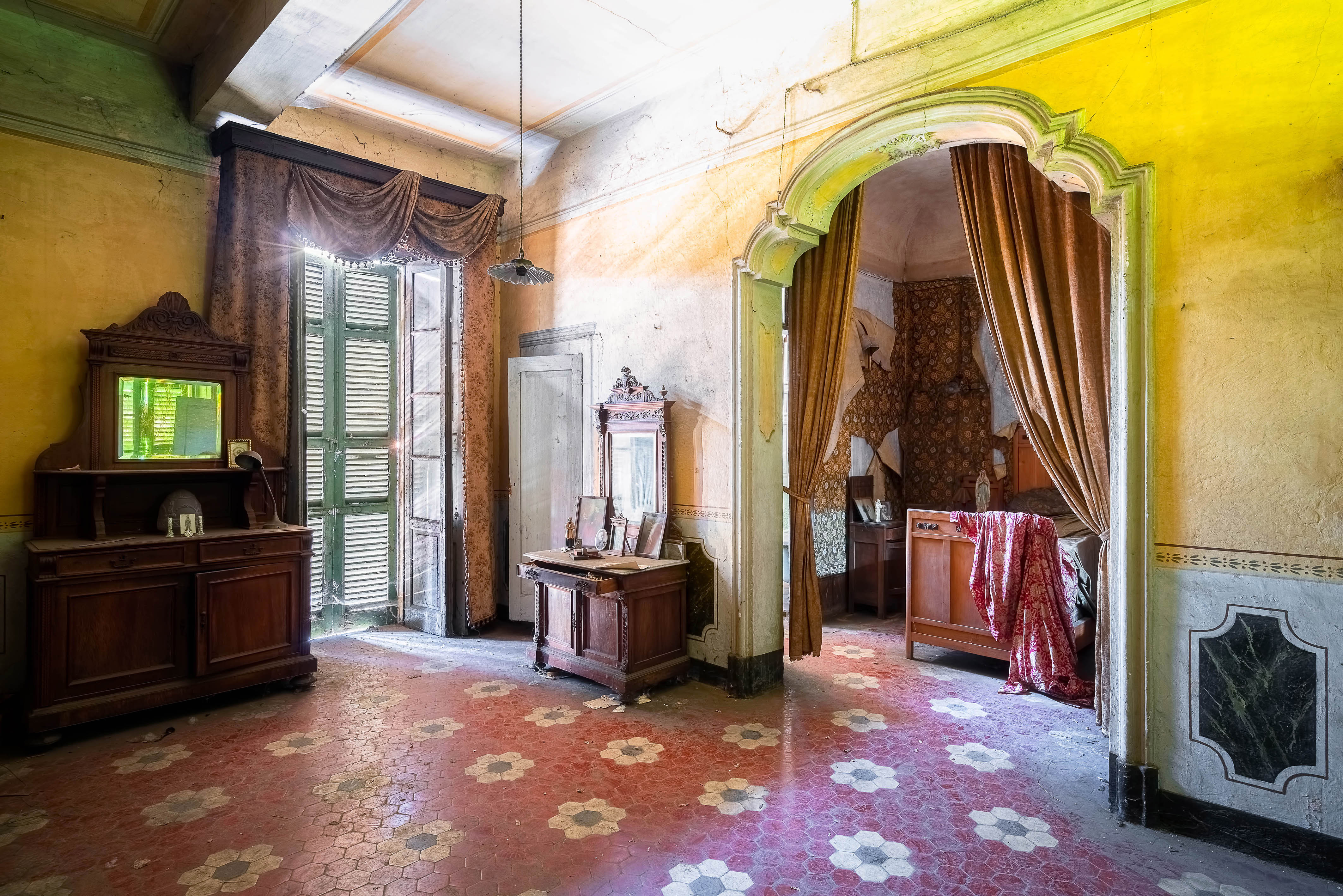 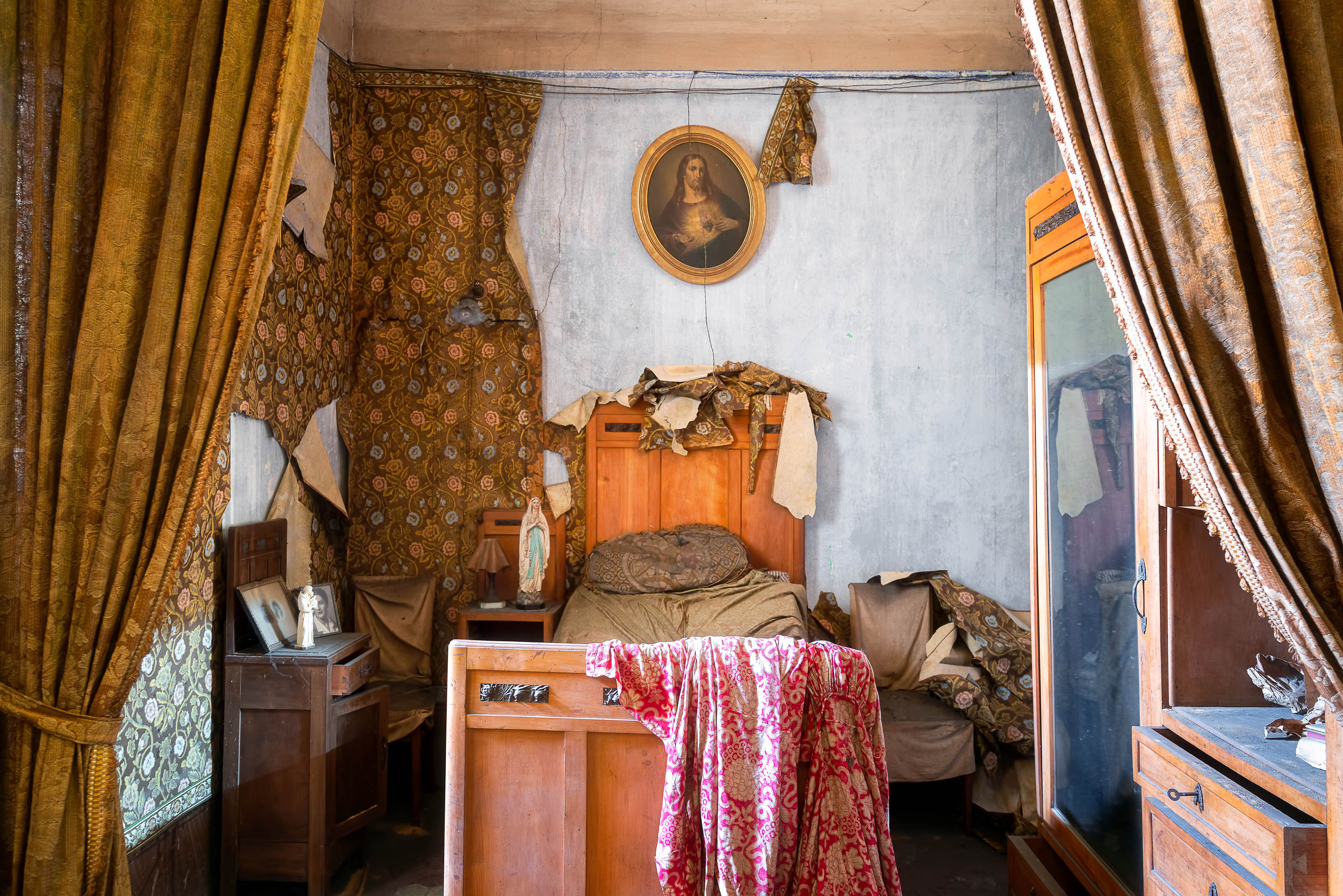 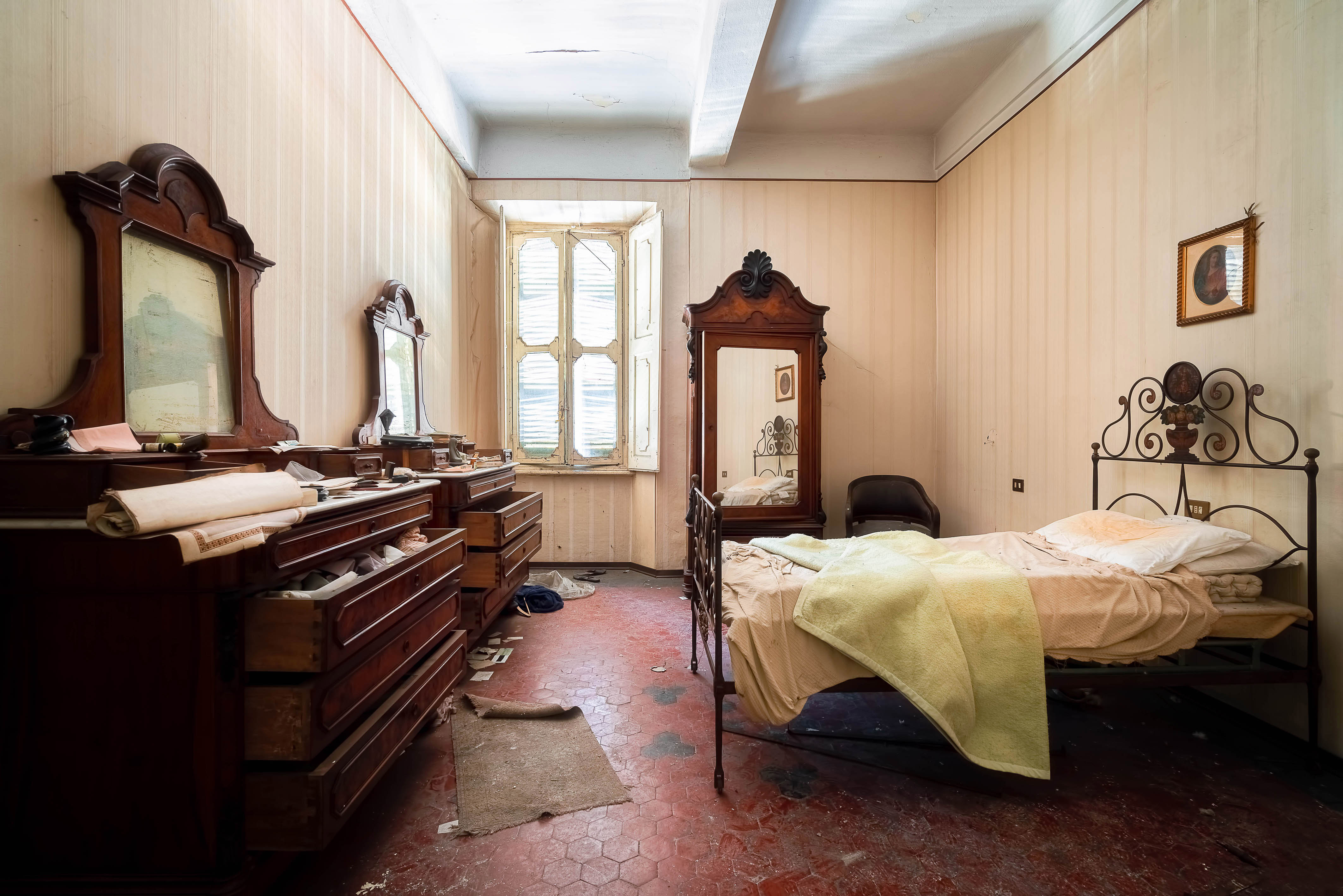 Armed with his camera, Roman from the Netherlands, discovered the palace last summer after reading about it online and was immediately bowled over by the bounty of furniture inside.

With fully kitted-out bedrooms and living rooms almost untouched by time, you’d be forgiven for thinking the owner had simply taken an extended holiday and forgotten to lay down dust sheets.

Investigating further, Roman found a drawing room decorated in different shades of yellow, with luxurious chaise lounges and a stunning feature ceiling with an elaborate painting of a tree.

Other rooms were equally decadent, with one room featuring a show wall painting of a stunning seaside palace – which no doubt served as inspiration for the owners.

The wine cellar was still fully stocked with dusty bottles and crates of untouched liqueur.

In the bedroom, heavy duty wooden frames held dressed mattresses with the sheets still on – looking fit for a princess, albeit after a clean.

“The palace was covered in stunning thick drapes and curtains,” Roman said.

“Old books were lying around everywhere and the furniture left behind is pure craftsmanship. Next to that, a lot of statues of popes, saints and Madonnas were found all over the place.” 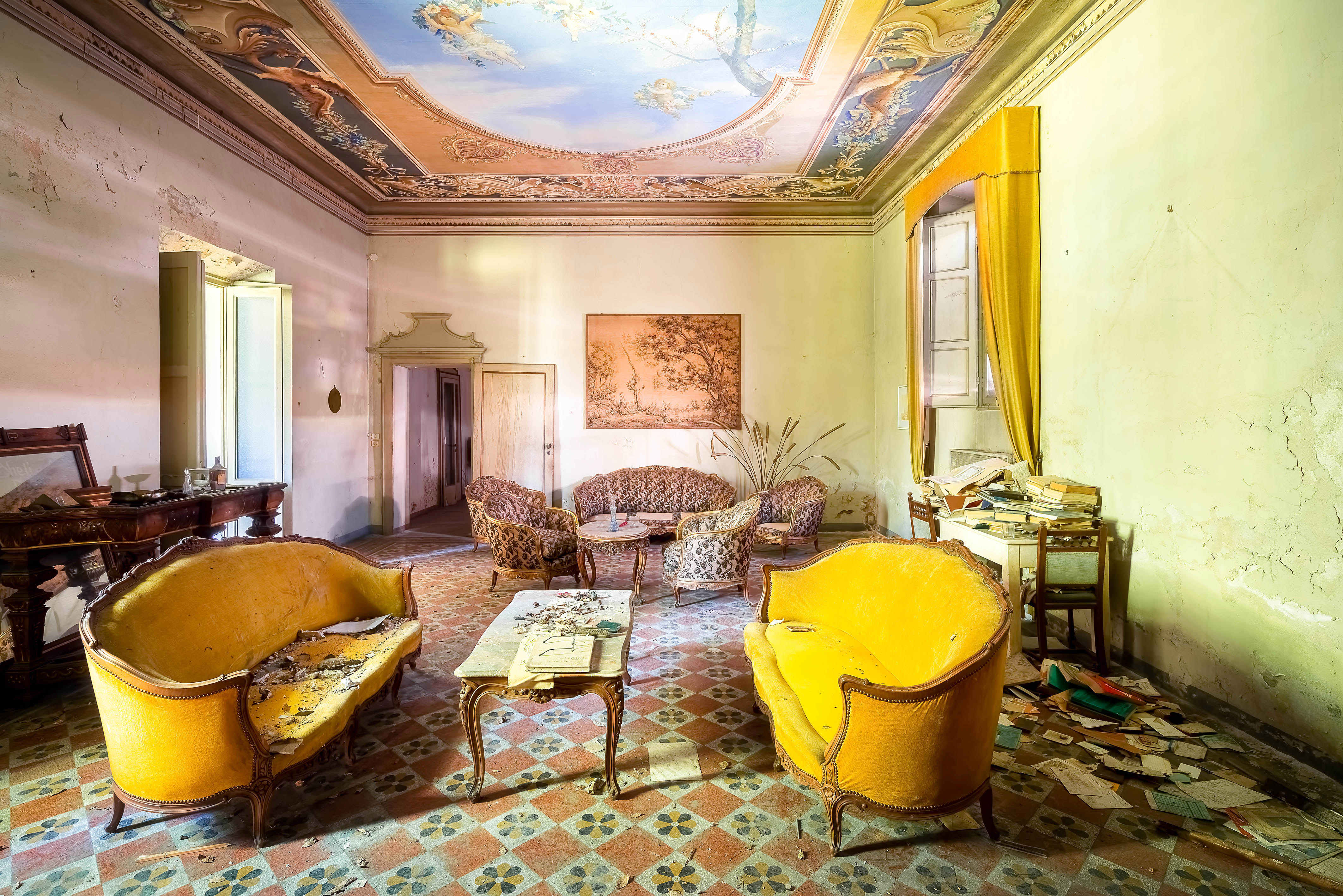 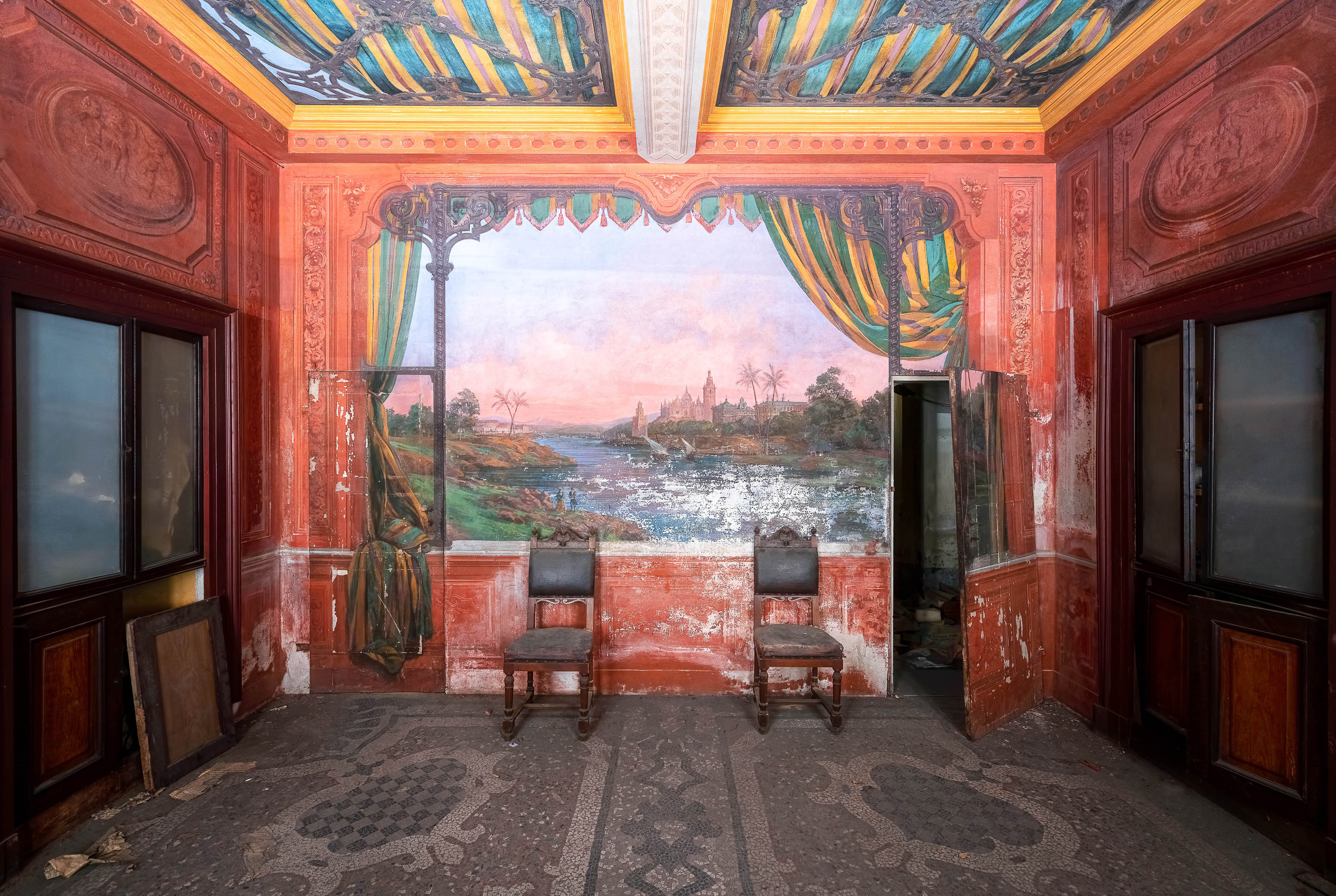 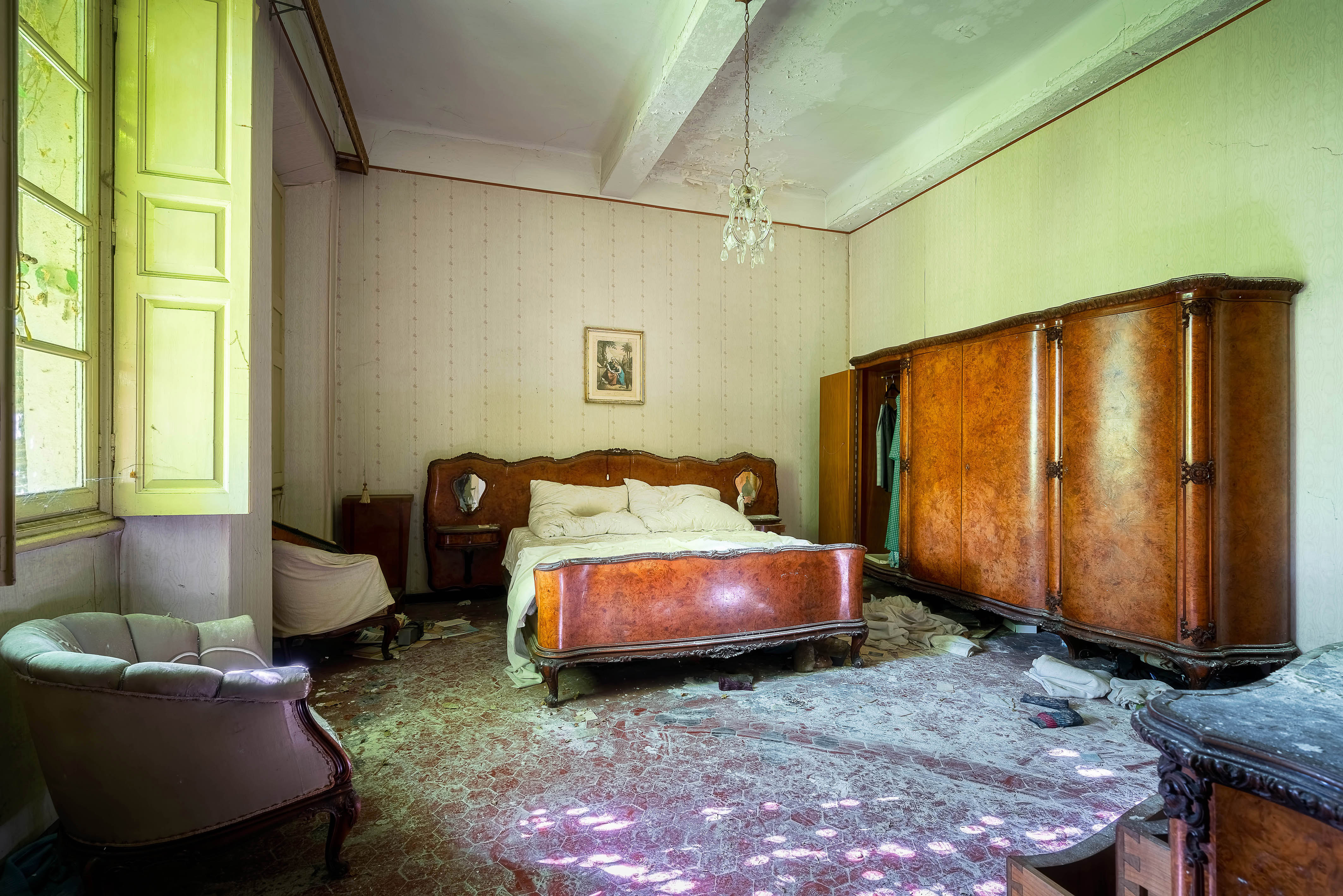 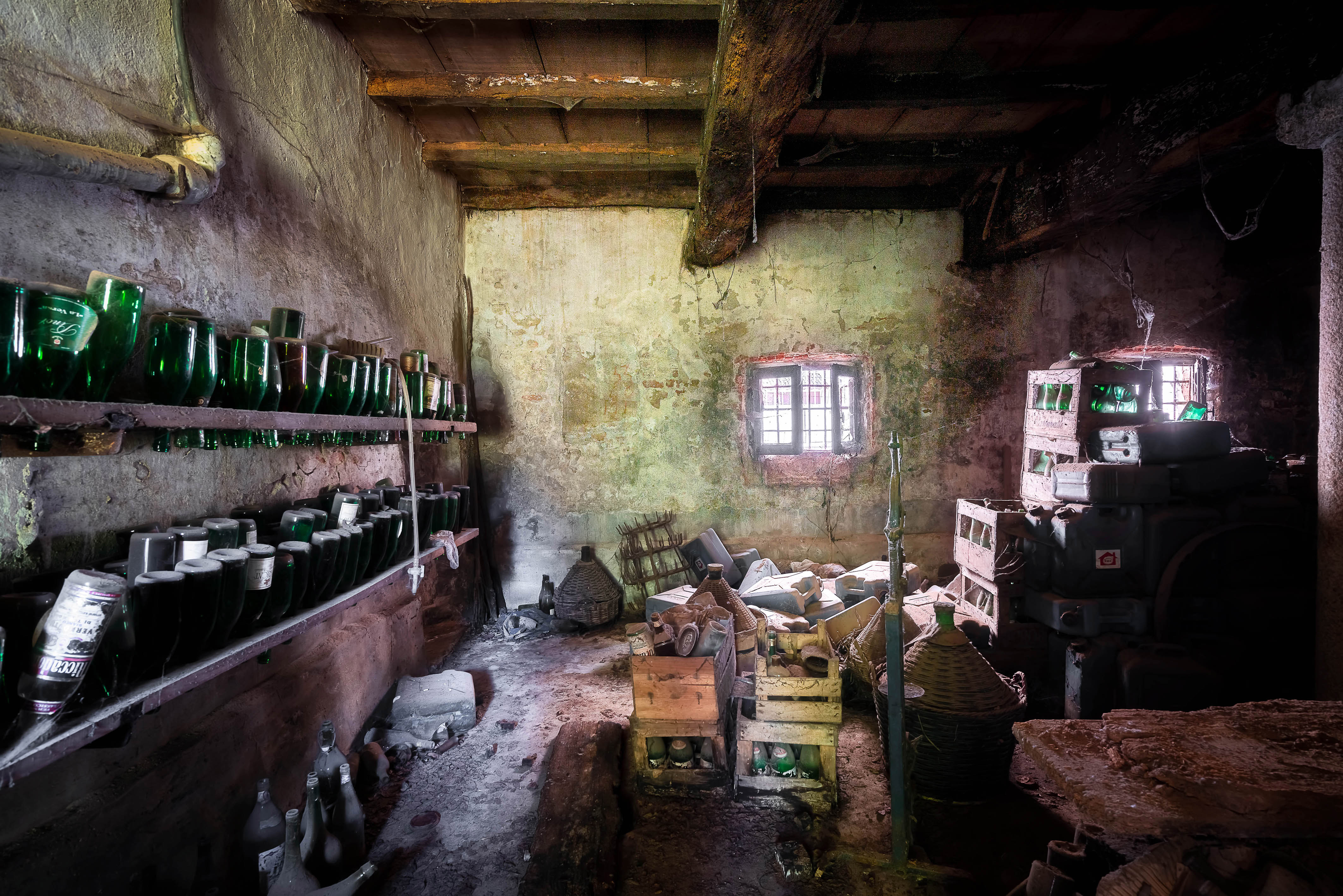 One of the former owners of the palace, was a lawyer with a chivalric title, says Roman.

He spoke about his history of the property on his blog: "In one of the bedrooms in the building I found a photograph of him with a date of birth in 1874.

"Other than him, the palace must have been owned by a religious and very wealthy family well known for growing cereals.

"In the office there were several birth registers lying around. The son of the family supposedly has a degree in agriculture and was born in 1941.

"The palace was covered in stunning thick drapes and curtains, old books were lying around everywhere and the furniture left behind is pure craftsmanship.

"Next to that, a lot of statues of popes, saints and Madonnas were found all over the place."

Roman has previously photographed residences including the Castle of Sammezzano. 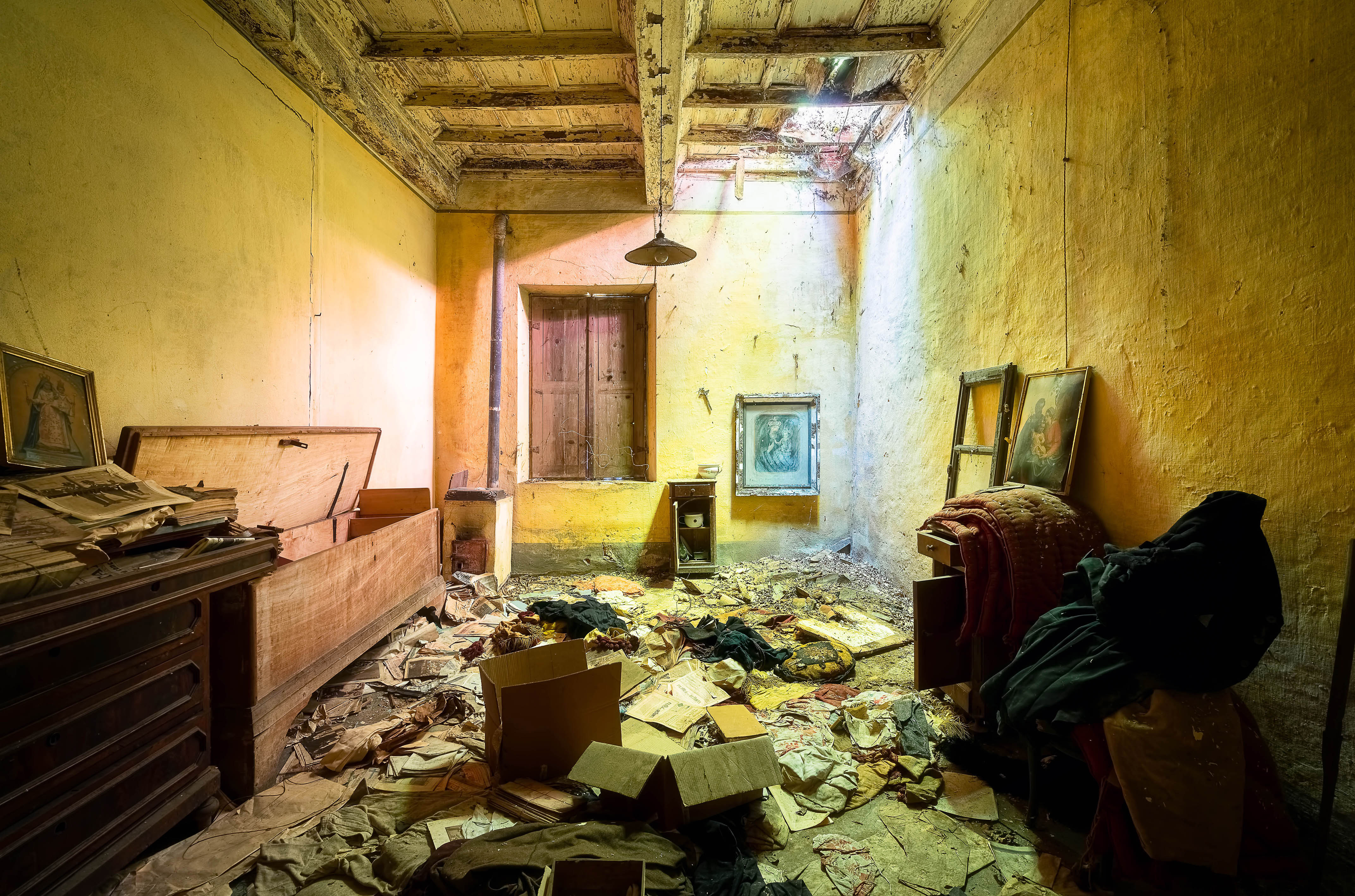 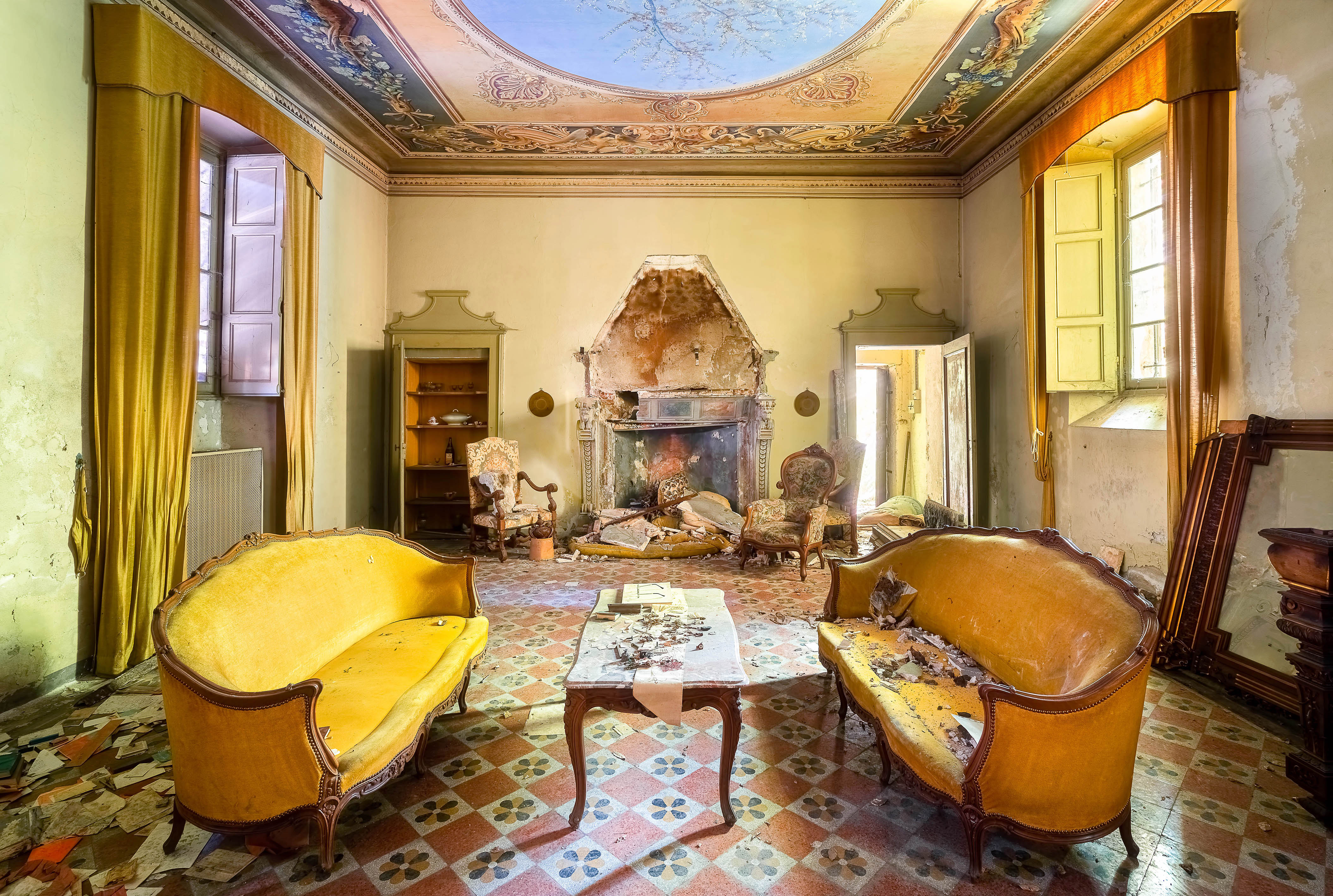 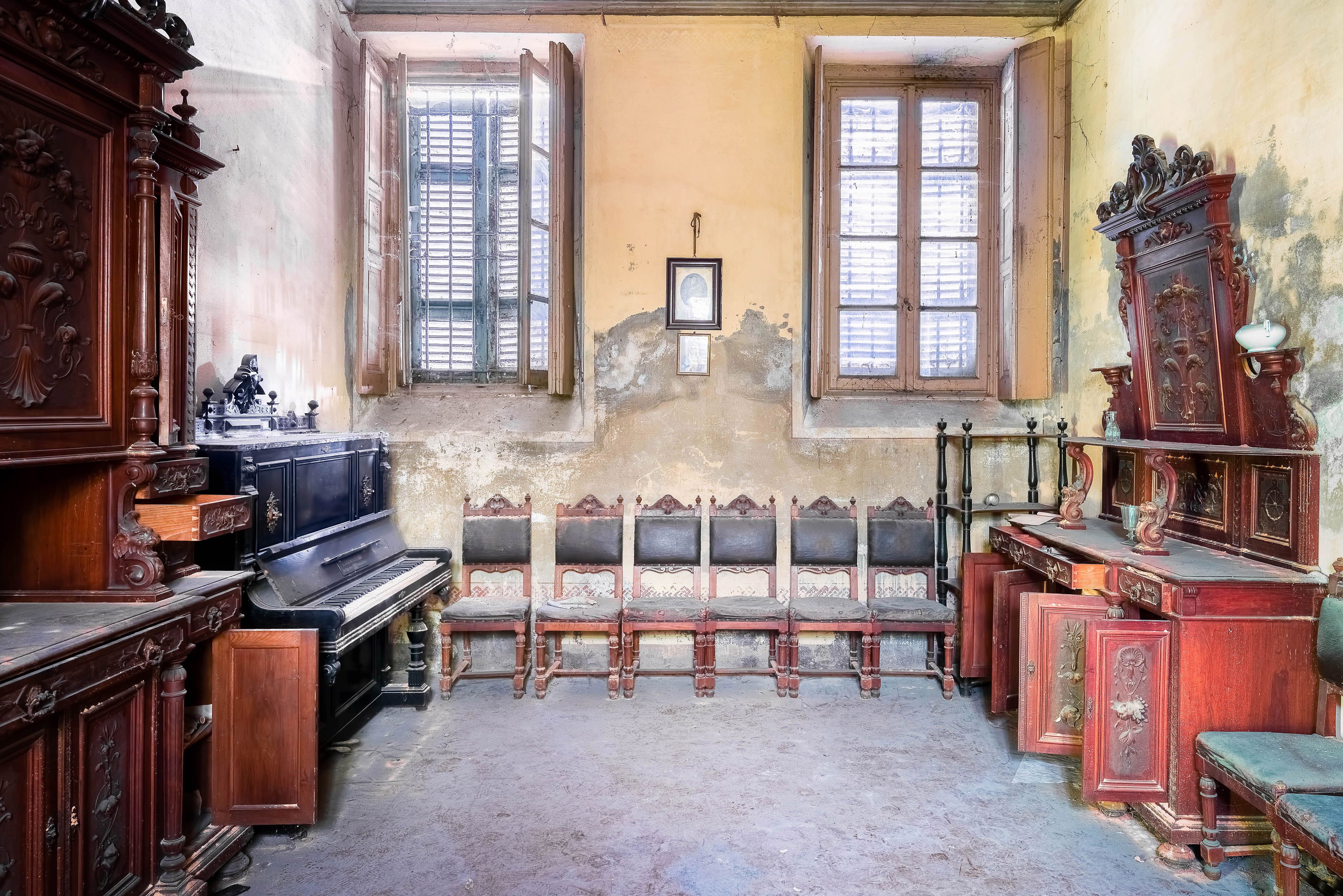 19th, abandoned, century, villa, W
You may also like: