Actor Anne Heche is in stable condition after crashing her car into a Los Angeles home on Friday, her ex-boyfriend Thomas Jane said.

The crash into a home in the Mar Vista neighborhood sparked a “heavy fire,” which was put out in a little more than an hour, Los Angeles Fire Department spokesman Brian Humphrey said in two email alerts.

The driver was pulled from the vehicle by LAFD rescuers and taken to a hospital with critical injuries, he said.

Jane said Heche is intubated but is “expected to pull through.”

“While Anne and I are no longer an item, todays tragic news was devastating to me and to all who love her. My heart goes out to Anne and her two sons,” he said in a statement. “My thoughts and prayers are with Anne, one of the true talents of her generation. Thank God no one else was hurt.” 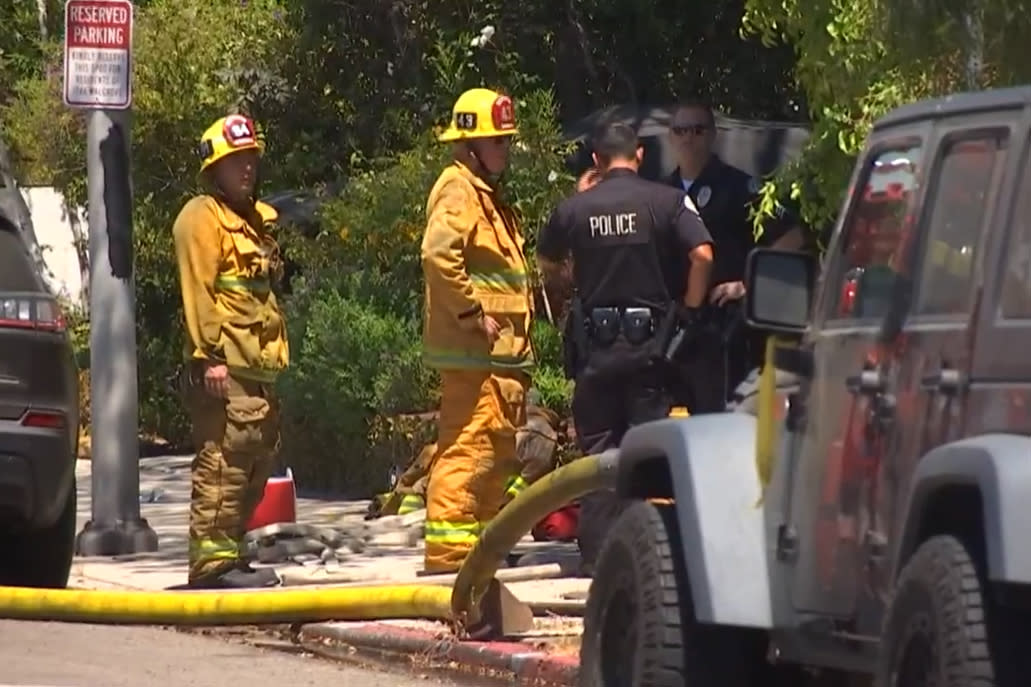 The home sustained heavy damage, but no other injuries were reported, Humphrey said. The collision was reported just before 11 a.m.

A Los Angeles Police Department spokesperson said the crash was under investigation and that there was no immediate indication regarding its cause.

It was possible, he said, the patient would be subject to a blood draw as part of the police investigation. In California, police don’t need a warrant for a blood draw if a person was arrested on a DUI charge prior to the test.

Such arrests can be made based on officers’ observations and circumstantial evidence such as drugs or alcohol in a vehicle.

Heche first became known for her roles in the soap opera “Another World,” and later appeared in films such as “Donnie Brasco,” “Volcano,” and “I Know What You Did Last Summer.” She has also acted in TV series including “Chicago P.D.” and “Men in Trees.”

In 2020, Heche said her 1990s relationship with comedian and talk-show host Ellen DeGeneres was groundbreaking as a high-profile, same-sex romance.

“My story is a story that created change in the world, moved the needle for equal rights forward, when I fell in love with Ellen DeGeneres,” she said in a taped segment that year for the show “Dancing With the Stars.”

She said the more than three-year relationship that ended in 2000 cost her career dearly, including a dearth of major studio roles for 10 years.

She later married Coley Laffoon, and the couple had a son before divorcing. She had another son in 2009 with “Men in Trees” co-star James Tupper. The couple has since separated.

Mar Vista is a community of postwar homes on a hill above the beach. It borders the city of Santa Monica.