Here's how you know your show has been on a while: When a full-grown guest actor reveals he remembers your show filming in his neighborhood when he was a child!

That's Christian Navarro's story, as he tells it on Instagram in a series of photos, starting with one where he's pointing at a "No Parking" sign showing "Law & Order: SVU" is set to film nearby.

"(Full) circle," Navarro wrote in a post in November. "15 years ago @nbclawandorder filmed an episode in Hunts Point and I begged my old man to let me go down stairs and try to meet them. I did. They were all exceedingly kind and gracious. Fast forward 15 years and I’m filming my own guest star spot on the same block in my old hood with @therealmariskahargitay"

He added, "In case you needed any reminders: YOUR DREAMS ARE VALID!"

"@christianleenavarro first met @therealmariskahargitay at age 9 when #SVU was filming in his childhood neighborhood," the company wrote in the caption. "He met her again years later, and she encouraged him to chase his dreams of becoming an actor."

How cool is that? "SVU" has been on NBC since 1999, with star Mariska Hargitay playing Olivia Benson since the first episode. And the series' latest guest couldn't have been more thrilled to pose alongside Hargitay.

"Captain Benson, leads a team of dedicated detectives in SVU, And @therealmariskahargitay Captains the whole ship with immeasurable kindness, and unmatched passion," Navarro shared, along with the same picture. "It was always a dream of mine to go toe to toe with you Mariska, and my heart is full. Thank you from the bottom of my heart." 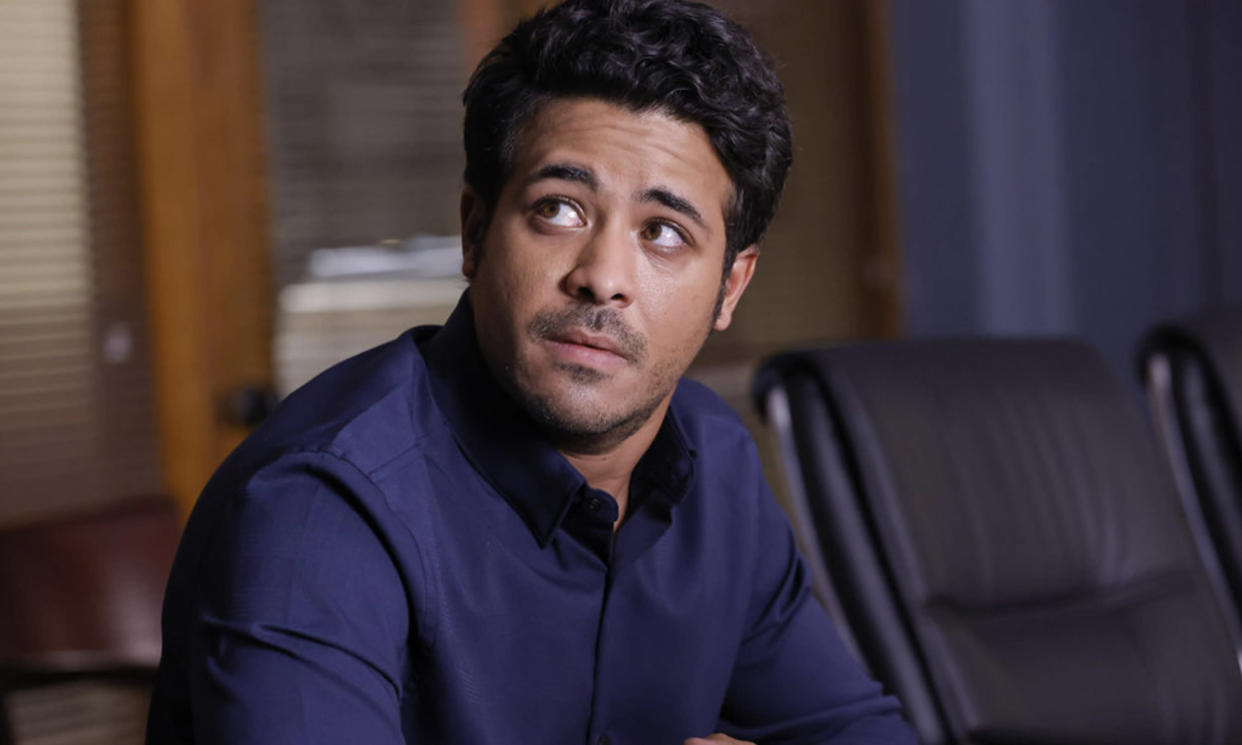 Navarro has appeared in TV series like "13 Reasons Why" and "Vinyl" thus far, but this is clearly a special appearance for him personally. Early last week, he shared a picture of himself actually on the show, letting his fans know he'd soon "enter the @nbclawandorder Universe."

"Dun dun," he added. "Dream come true to go toe to toe with @therealmariskahargitay and @icet."

Finally, Navarro can now say he's been there, done that and got the T-shirt, as he revealed in another image where he is, in fact, holding up an "SVU" shirt.

"If they only gave me the shirt I probably would’ve said yes to the role anyway," the actor quipped. "Don’t tell them that though."