Will Prince Andrew be dragged into the Palace’s bullying investigation? Aides now fear complaints about Duke’s behaviour towards staff

Buckingham Palace is bracing itself for historic complaints about the Duke of York following the announcement of a review into alleged bullying by the Duchess of Sussex.

Meghan is alleged to have bullied staff while at Kensington Palace, forcing two people to leave the household and undermining the confidence of a third. She has denied the claims.

But sources say the very existence of the investigation, which was launched within 24 hours of the complaint being made public, could ‘open a can of worms’ across the Royal household.

One said: ‘Whoever is chosen to lead the internal inquiry will be under scrutiny to assure no stone is left unturned for fear of it being branded a whitewash.’ 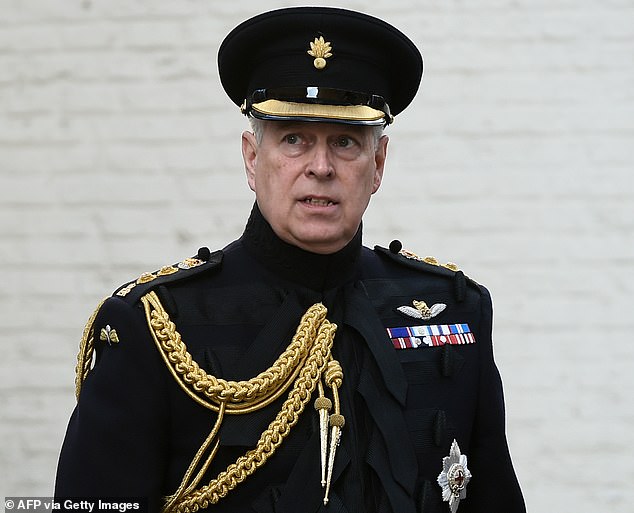 Prince Andrew has faced persistent claims that he has subjected aides to shouting, profanities and impossible demands.

In one instance, a former aide was said to have been left trembling and reduced to tears after being ‘bawled at’ by Andrew in a phone call made before dawn because the Duke was unhappy at a story in The Sun newspaper.

A source claimed: ‘People were shouted at regularly by the Duke of York and there would be crying in the corridors.

‘These staff members are not pushovers either, and they put up with an awful lot so it had to be very bad to have affected them in this way. He can be a very difficult person.’

On another occasion in 2016, Andrew was reported to have rammed his Range Rover through closed park gates close to his Royal Lodge home in Windsor to avoid a one-mile detour.

Simon Wilson, Britain’s Deputy Head of Mission in Bahrain between 2001 and 2005, described Andrew’s boorish and rude behaviour, asserting that the Prince issued a raft of unreasonable demands. 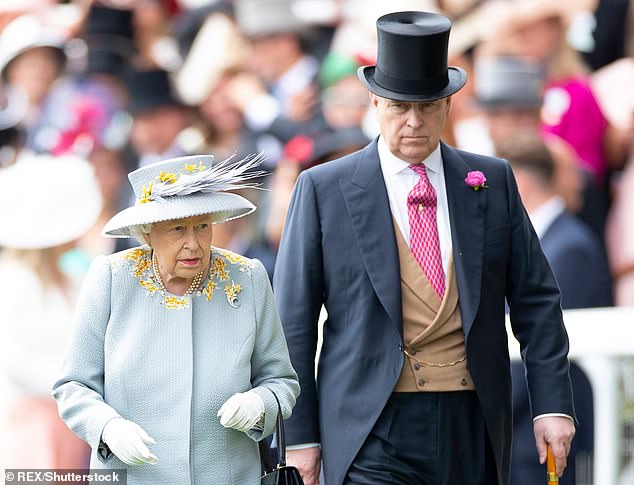 Prince Andrew, pictured with the Queen in June 2019, has faced persistent claims that he has subjected aides to shouting, profanities and impossible demands

They included insisting his valet travel everywhere with a 6ft ironing board and that drinking water was served at room temperature.

Several ex-staff members of the Duke’s office are thought to have sufficient cause for complaint and the Palace will be duty bound to investigate if they come forward.

‘Often when people are going through it they don’t feel confident enough to fight their corner,’ said a source. ‘Perhaps they didn’t feel brave enough to go into it at the time, but they may do so now.’

Prince Andrew’s friends have previously dismissed claims of poor behaviour, saying only that he has been involved in heated rows but nothing more. 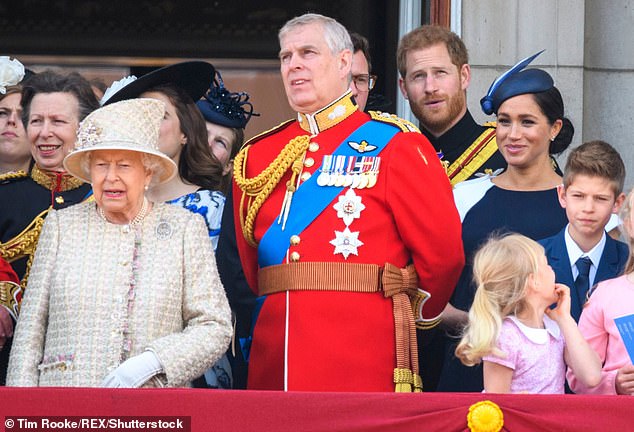 Sources say the very existence of the investigation, which was launched within 24 hours of the complaint being made public, could ‘open a can of worms’ across the Royal household

The review was announced last week after The Times reported how Jason Knauf, the then Communications Secretary to the Duke and Duchess of Sussex, complained that Meghan had driven two personal assistants out of the household and was undermining the confidence of a third member.

In an email to Simon Case, then Prince William’s private secretary, in October 2018 he described the situation as ‘very serious’.

The Duchess denies bullying and the Sussexes responded by saying they were the subject of a ‘smear campaign’.

At least five people allegedly affected by her behaviour will be invited to talk to a team at the Palace which will oversee the inquiry.

How we revealed his toe-to-toe row 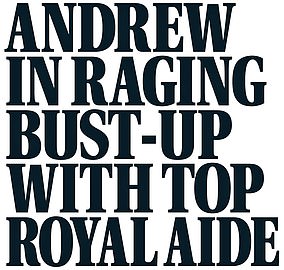 Prince Andrew’s highhanded treatment of staff was revealed in a Mail on Sunday exclusive in 2019 which detailed how he had flown into such a furious rage at a senior Palace aide that Prince Charles had to ask him to apologise.

We reported that the Duke of York had even ‘squared up’ to Tony Johnstone-Burt, the Queen’s Master of Household, during a heated fracas at Buckingham Palace.

Friends of Andrew said at the time that he was under ‘immense strain’ over the Jeffrey Epstein affair.

They said ‘something snapped’ when he was prevented from using a Palace room for a business event, after being told it was a breach of the convention confining events to ceremonial, state and charity functions.

A friend of the Prince rejected a suggestion from a well-placed royal insider that the Duke had physically assaulted Mr Johnstone-Burt during a toe-to-toe confrontation.

‘There were heated words on both sides but the altercation was in no way physical,’ said the friend. ‘It was a verbal dispute.

‘It was a work-related issue. The Duke got very cross that what he wanted wasn’t possible.’

Prince Charles subsequently heard of the row and asked his brother to say sorry for his behaviour.