The Muslim community in Albuquerque is living in fear after a spate of targeted killings against Pakistani and Afghan immigrants.

The serial killer is yet to be found but police believe they are responsible for the shooting deaths of four men;  Mohammed Ahmadi, 62, Aftab Hussein, 41, Muhammad Afzaal Hussain, 27, and Naeem Hussain, 25.

All four men are migrants from either Pakistan or Afghanistan. They were shot in separate night-time incidents in quiet streets and near parking lots. Now, members of the Muslim community are terrified that they may be next.

‘It’s been very difficult for the community, it is pretty scary for all of us,’ Abdur’rauf Campos-Marquetti, Imam at the Manari Muslim Community Center, told DailyMail.com on Monday morning.

Now, men are being advised not to go out alone at night and to attend events in pairs.

‘In general, we have to be more situationally aware. It seems that this person isn’t attacking facilities, they are attacking individuals. Some businesses are closing early, it is frightening,’ he added. 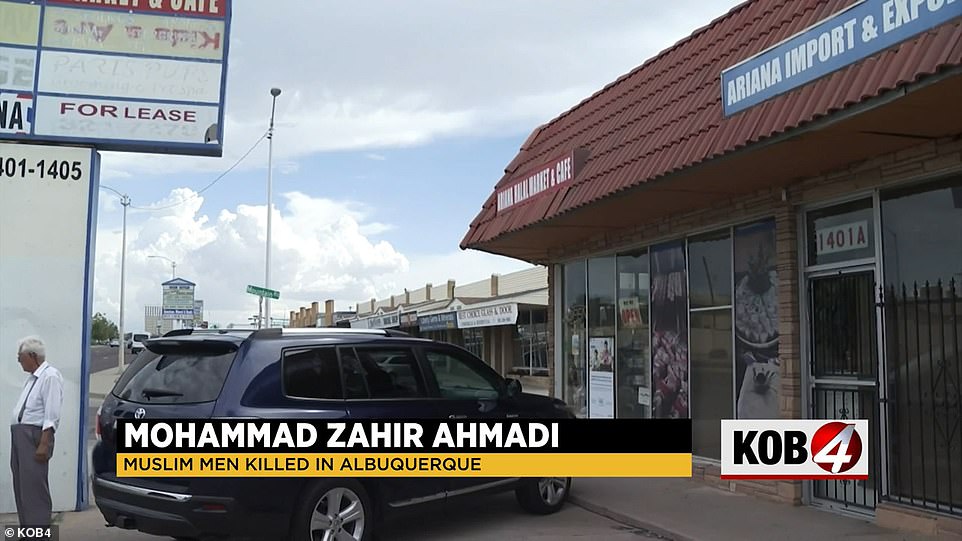 The serial killer is yet to be found but police believe they are responsible for the shooting deaths of four men; Mohammed Ahmadi, 62, Aftab Hussein, 41, Muhammad Afzaal Hussain, 27, and Naeem Hussain, 25

He believes the killer is targeting the men specifically based on the part of the world they come from. All four have ‘Indo-Pak’ names, he said. 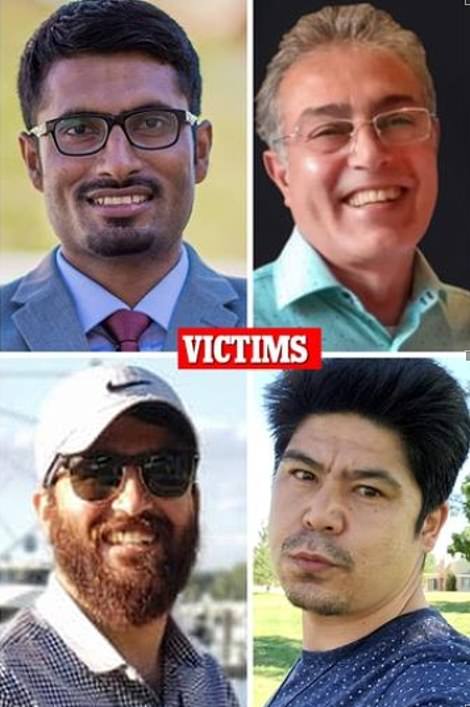 The serial killer is yet to be found but police believe they are responsible for the shooting deaths of four men; Mohammed Ahmadi, 62, (top right) Aftab Hussein, 41 (bottom right) Muhammad Afzaal Hussain, 27, (top left) and Naeem Hussain, 25 (bottom left)

‘It’s more of an Indo-Pak name as opposed to an Arab…our community is in large part African American. It’s more of an Afghani, Pakistani, Iraq name. I think this person is targeting folks from this part of the world.

‘They’re all immigrants too so they seem to be targeting immigrants as opposed to the African American community that’s been here for a while,’ he added.

Abdur’rauf says he is advising all those who attend his mosque to do so in pairs, especially after dark. Ahmad Assed, the president of the Islamic Center of New Mexico, said students were too scared to go out at night.

‘Students won’t leave their homes. It’s affecting people from coming over to the mosque to conduct their services, their prayers.

‘So, in every aspect of daily life that we’re used to or accustomed to following, it’s impacted it in every way possible,’ he told CNN.

‘Now, people are beginning to panic. Right now it is really tough to deal with it.

‘I mean especially right after the funeral, the same day, that thing happened again.

Police have released an image of the car they think was involved in the shootings; a silver Volkswagen Jetta or Passat, but they have not released a description of the suspect.

Gauba added that the day of his death, Naeem Hussain had approached him after the funeral of the two previous victims to ask him for updates in the investigation.

‘He stopped by to say “hey, what’s going on?’ He was worried. I told him to be careful.

“We thought after burial of these two young men (on Friday), we would have closure and move on and let law enforcement investigate,” Gauba said. “Waking up Saturday morning to his death, the whole community just feels helpless. There’s a lot of fear.” 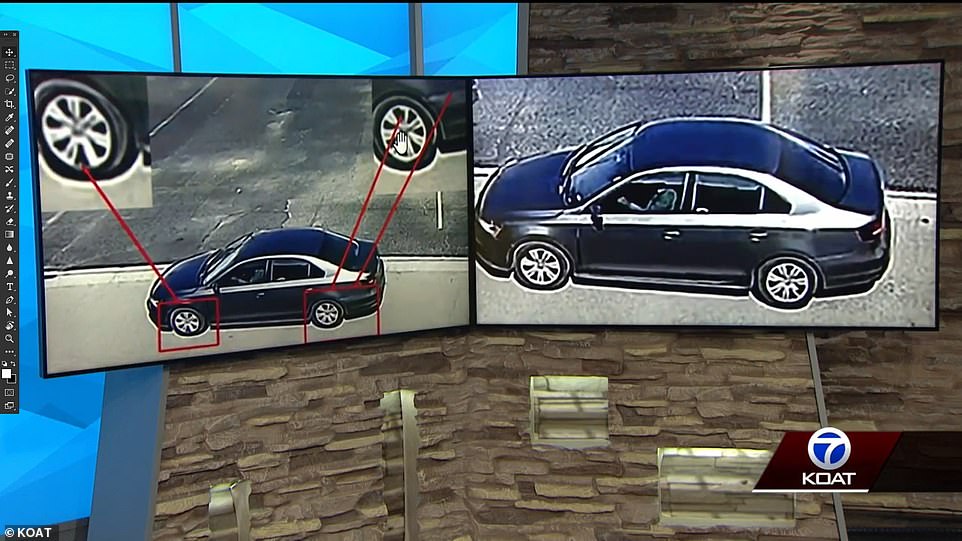 This is the vehicle being used by the serial killer targeting Muslim men in Albuquerque, according to police 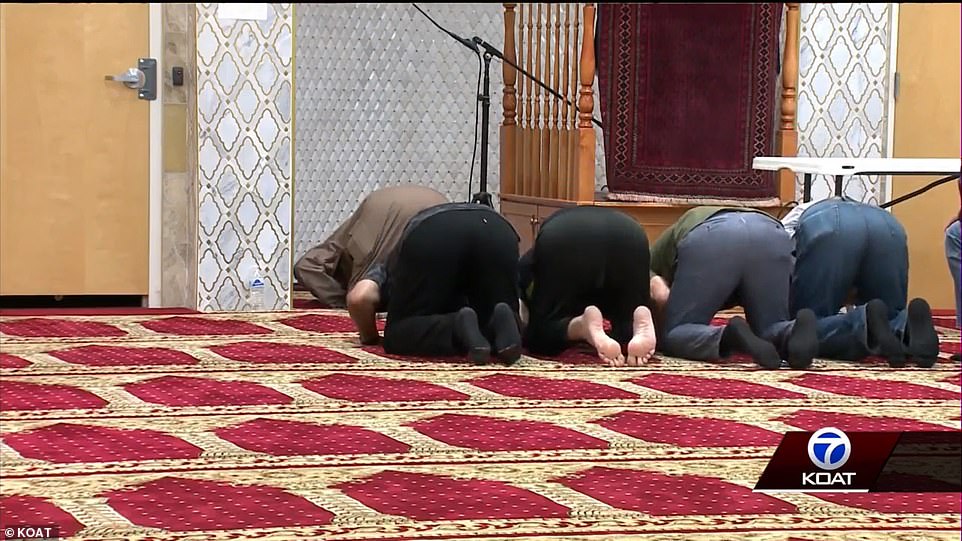 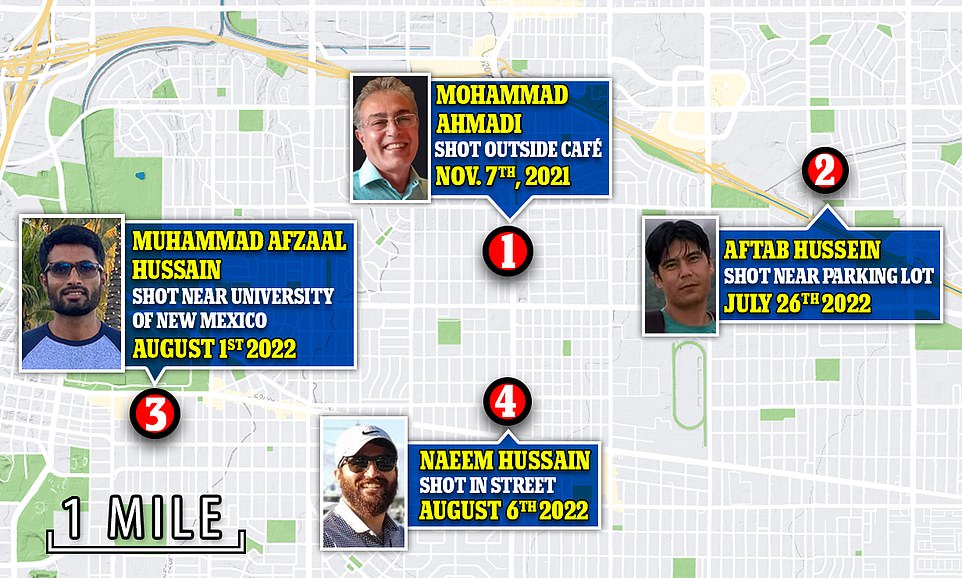 The killings have rocked the Muslim community in Albuquerque. They began in November last year then picked back up on July 26

President Biden denounced the killings on Twitter. ‘I am angered and saddened by the horrific killings of four Muslim men in Albuquerque.

‘While we await a full investigation, my prayers are with the victims’ families, and my Administration stands strongly with the Muslim community. These hateful attacks have no place in America,’ he said.

Two of the men were waiting to bring their wives to America.

The most recent victim moved to the US in 2016, fleeing Pakistan as a Shia Muslim. He had planned to bring his wife to the US, after officially gaining citizenship last month.

‘He was the most generous, kind, giving, patient, and down-to-earth person that I could ever meet. He was very hardworking. He shared whatever he made with his family back home.

‘He had a lot of dreams, and he accomplished some of them.  His others were cut short by this heinous act,’ his brother told CNN.

He had opened a trucking business and planned to save up to buy property with his wife in Virginia, he added.