ALEC Baldwin is defending himself against claims that he was "acting" when he shot the gun that killed Halyna Hutchins, adding he didn't know that Hutchins had died for about 45 minutes.

Baldwin, making his first comments about what happened behind the scenes during the filming of Rust that left cinematographer Hutchins dead, said "Things are often played very fast and loose" while filming gunfights. 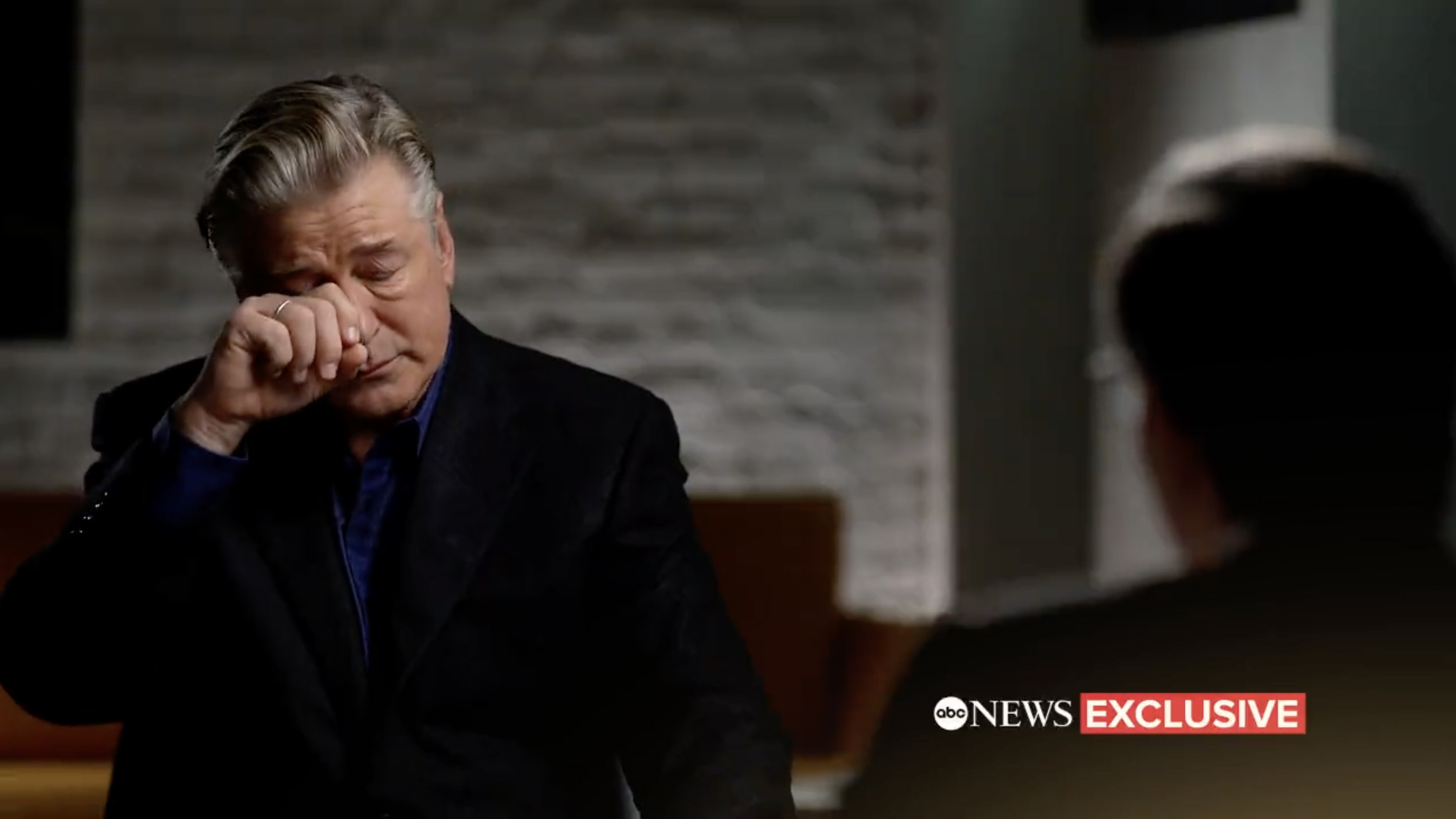 Speaking in a bombshell ABC interview, the emotional actor said: "[I] didn't know she was hit by a gun until 45 mins to hour later."

"It did not dawn on me to probably 45 minutes to an hour later …Well she's laying there."

Baldwin went on to say that he thought the beloved cinematographer had "passed out" after she was fatally hit on set.

He went on: "I was told that this was a completely incidental shot. An angle that may not have ended up in the film at all. But we kept doing this.

"So I take the gun and like start to cock the gun and I'm not gonna pull the trigger. I just reduce the issue. We'll just keep it down until the gun a little bit like that and I cocked the gun.

"I would never point a gun at anyone and pull the trigger at them, never," Baldwin said.

The Rust star continued: "I was never planning to pull the trigger. Now that was the training that I had.

"You know when it goes bad and perfect. From day one of my instruction in this business people said to me never take a clinical click-click-click-click-click because even though it's incremental you damage the firing pin on there.

"It's loud. They don't have their ear plugs and no one was like the gun was supposed to be empty.

"But I was told I was handed an empty gun. If it were cosmetic brass nothing with a charge at all or flash round nothing she goes down."

During the explosive chat on the network tonight, Baldwin described the "chaos and confusion" in the aftermath of the set shooting and revealed that "nobody told you what happened."

The actor also opened up about his own family and his wife, Hilaria Baldwin, and their children, noting that Hutchins' son no longer had his mother.

"I mean, even now I find it hard to believe that [she's gone]. It doesn't seem real to me."

"I think to myself, 'this little boy doesn't have a mother anymore,'" he went on, growing visibly emotional. "And there's nothing we can do to bring her back."

When asked by Stephanopoulos if the shooting was the worst thing that ever happened to him, Baldwin said "Yes – because I think back and I think of what could I have done?"

"Well I didn't believe that either, I was shocked to find out that she died."

"I was shocked — there are things that I never imagined could happen."

Baldwin said he didn't understand how there was a live bullet put into the gun.

"Someone put a live bullet in a gun, a bullet that wasn't even supposed to be on the property," he added.