A mother-of-two said that she was ‘insulted’ when Amazon offered her a £250 voucher after one of its delivery drivers ran over and killed the family’s beloved dog.

The incident was captured by the family’s Ring doorbell, which recorded the van drive off without checking on the 17-year-old pet.

Alfie the dog belonged to Linda Banwell, 48, from Newdigate in Surrey.

Ms Banwell said: ‘It was just a normal Saturday. I live in a two and a half acre property and it is all fenced off for the dogs so it is very safe for them.

‘There are also lots of signs saying there are dogs around.

‘The Amazon delivery came through for my mum who lives in the annex of my house. I went to take the parcel to her and when I came back to the driveway I saw Alfie lying on the floor dead and the driver had driven off.

‘I assumed that he must have reversed around and not seen him but when we checked the Ring door bell we saw that he was driving forward.’ 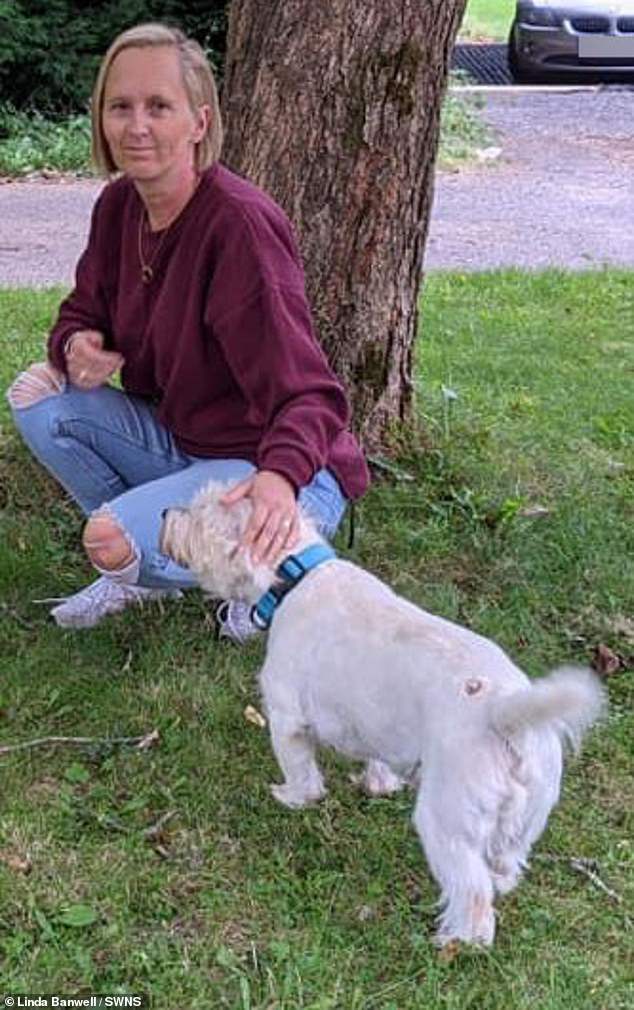 Linda Banwell, 48, from Newdigate in Surrey, called the offer of a £250 voucher ‘insulting’ 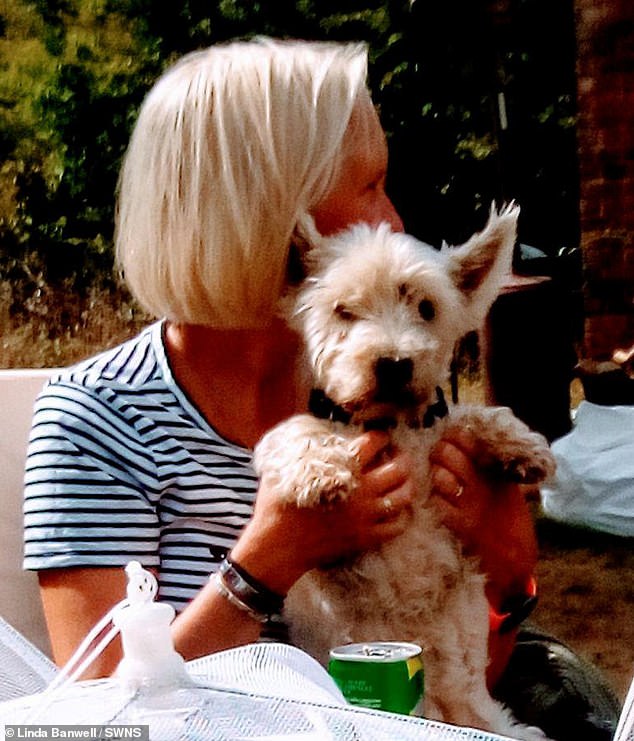 The incident was captured by the family’s Ring doorbell, which recorded the van drive off without checking on the 17-year-old pet (pictured with Ms Banwell) 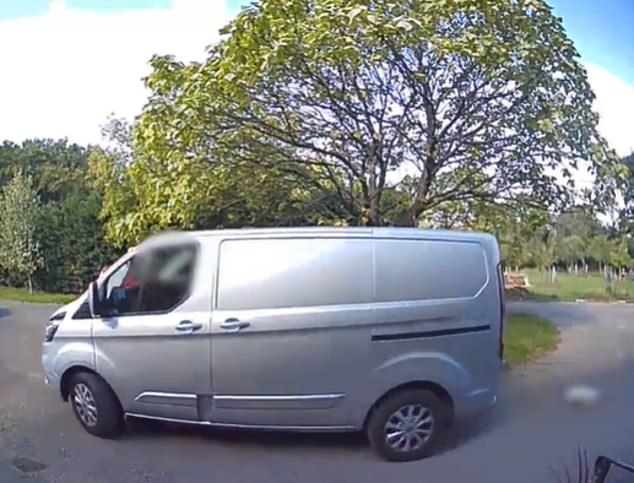 ‘He was covered in blood, there’s still a stain on my driveway,’ she told Surrey Live.

‘We are just so devastated, he was completely one of the family,’ she said.

‘As he was old we knew every day was a blessing. I thought that I would get to make that decision when we were all at home with him, with all his family around.’

After complaining to Amazon about the incident she was offered a £250 voucher as an apology for what happened.

She said: ‘When I saw this I handed it to my husband and said “I can’t do this anymore”, because I just didn’t think they were taking it seriously.

‘Nobody understands unless it happens to them. It’s just insulting really.’

She said that Amazon also refused to offer any information about the driver and how the company will be dealing with the situation.

‘Amazon keeps saying that all they can tell us is that it is being dealt with,’ Ms Banwell added.

‘I just want him to know what he did.

‘I had a friend of mine who was at my house with their granddaughter picking apples.

‘Ok he didn’t see Alfie, but what if it had been a child who was there, would he have seen her?’

Ms Banwell has been in contact with Surrey Police but the force said the investigation will take around six weeks.

Ms Banwell said: ‘I have had a few negative comments asking why was the dog out, but you have to see my house to understand why he was out.

‘I live in the countryside and my driveway can fit about 20 cars, so it is part of my garden.’ 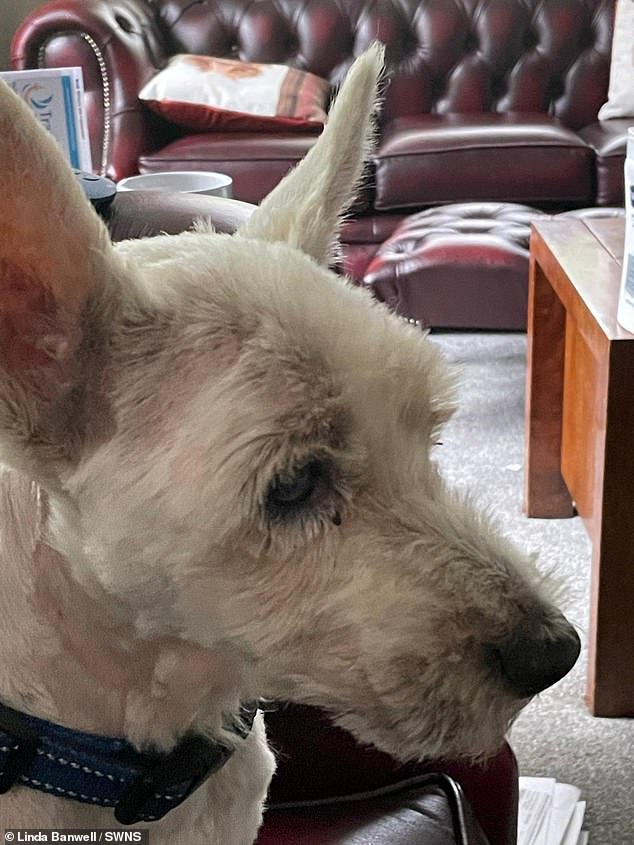 Ms Banwell said: ‘Charlie is going to miss him as much as we are.

‘I am looking at other rescues but I am not sure that I can face it at the moment, but I am not ruling it out.

‘I have seen one which had a face just like Alfie’s and I feel drawn to her..’

A spokesperson from Amazon said: ‘We have very high standards for our delivery service providers and how they serve customers.

‘We are taking this matter seriously and have reached out to the customer to offer our support.’