So far, neither the government nor private plaintiffs have prevailed in cases arguing that Amazon’s tactics are illegal. A similar case brought by Washington, DC’s attorney general was dismissed in May. However, this time just might be different, antitrust lawyers and economists say. Amazon is coercing sellers into a price war that only the e-commerce giant can win, the California case argues.

“There’s certainly an anticompetitive story to be told, but to me there’s also a compelling free rider defense for Amazon,” said Penn State Law professor John Lopatka, who’s referring to Amazon’s concern that sellers will use Amazon’s platform to generate interest in their products, then sell them elsewhere.

Bonta’s suit is distinct from other antitrust cases that have targeted Amazon’s seller terms, as it alleges violations under California law, narrows the so-called “relevant market,” and focuses on the company’s alleged punishment of seller behavior.

But the case is still one that’s difficult to prove, Lopatka said. That’s in part because Amazon’s seller agreements technically permit sellers to set their own prices, and in part because of Amazon’s push to feature the lowest possible price — both tend to appear as policies that foster competition.

In reality, the complaint alleges, Amazon artificially inflates prices on rival retail websites — such as Walmart.com (WMT), Target.com (TGT), and eBay.com (EBAY) — and even on sellers’ own websites, by coercing its third-party sellers and wholesale suppliers to lower prices for goods sold online.

According to the claims, Amazon penalizes sellers for failing to get the price right, by demoting products in search results, and disqualifying products from the “Buy Box” feature, which allows shoppers to add their products into a checkout cart, the lawsuit claims. For wholesalers, Amazon’s agreements require sellers to refund the company for price gaps in the event that their product is offered for less on a competing website. 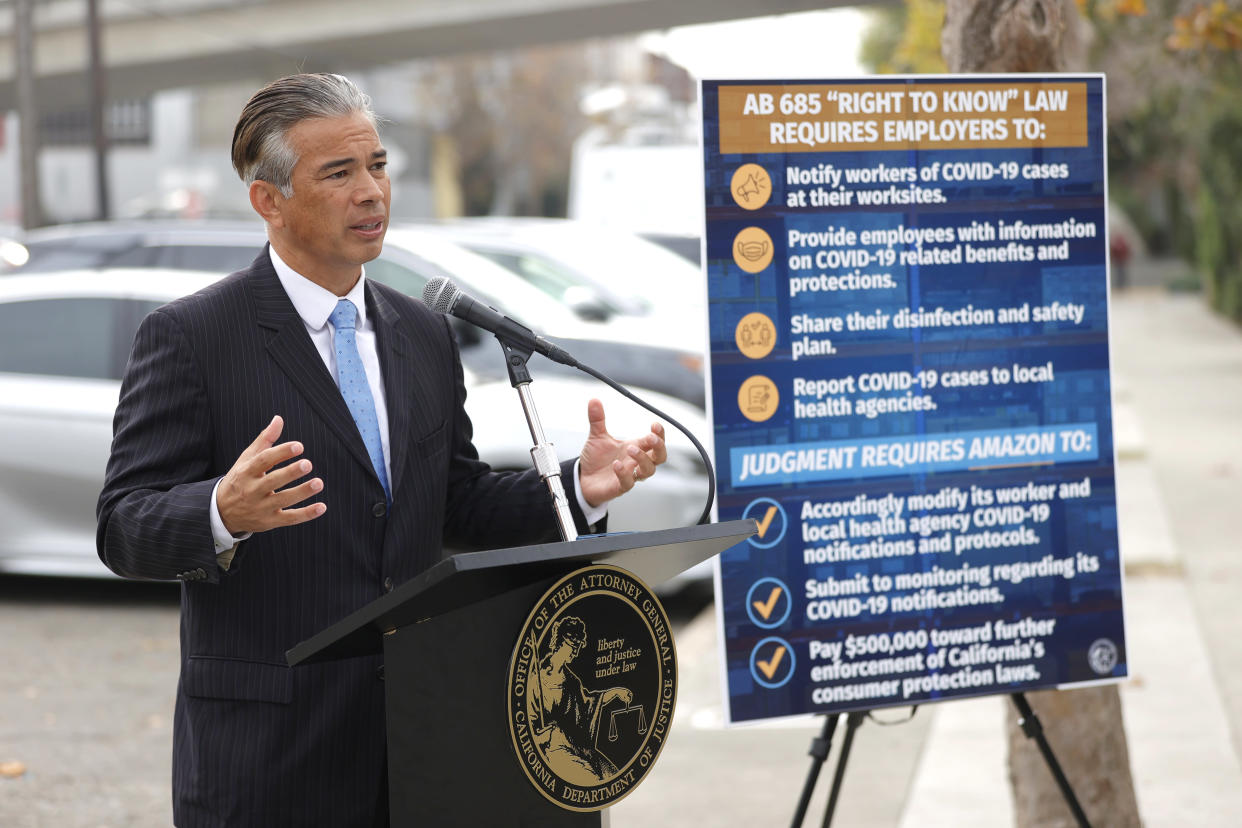 “No-one can deal with that kind of uncertainty in their business,” Hensell said. “I can tell you that sometimes the high pricing errors are completely inaccurate. To remedy the problem, sellers must adjust prices downward until they are low enough to reactivate the product listing.” Sellers often struggle to sell at a profit under those demands, Hensell said, especially as their own manufacturing, supply and shipping costs escalate.

Heller said that while she’s never known Amazon to retaliate against sellers who are targeted by the company for raising their prices, she also knows sellers are reluctant to criticize Amazon for their troubles.

“For some of these people, it is their personal income, or their revenue fuels a business with a lot of employees they care about,” Heller said. “When challenging things happen in their account, even if they think it’s unfair, they’re often afraid to speak up publicly or even to escalate the issue within Amazon. They fear it will put a target on their back.”

One reason for Amazon’s past success disputing antitrust claims is its argument that its low price edicts promote more, not less, competition, driving down prices for goods sold online.

“This is a common misconception,” Yale University economics professor Florian Ederer told Yahoo Finance. “It sounds like it would be pro-competitive, but it is actually anti-competitive.”

In March 2022, a judge dismissed a similar lawsuit brought by District of Columbia Attorney General Karl Racine. Racine argued that Amazon violated the district’s Antitrust Act because its contracts prevented sellers from offering lower prices for their products on competing websites. Given the requirement, Racine alleged that Amazon’s approximate 40% commission on sales further drove up online prices.

Another antitrust case against Amazon is still playing out in Seattle, where a class of consumers lost part of Amazon’s request to dismiss federal antitrust claims, yet convinced a judge to maintain part of their case. According to the judge, Amazon’s requirement that sellers add Amazon fees to the cost of their products — even those sold elsewhere — could potentially run afoul of federal anti-competition law.

Amazon has maintained its position that its policies promote competition in a statement to Yahoo Finance, saying: “Like any store we reserve the right not to highlight offers to customers that are not priced competitively. The relief the AG seeks would force Amazon to feature higher prices to customers, oddly going against core objectives of antitrust law.”

In 2019, under the threat of investigation by the Federal Trade Commission and regulators in Germany, Amazon dropped a provision from its seller contracts commonly referred to as a “most favored nation” (MFN) clause. The provision required sellers to offer items for sale on Amazon on the most favorable terms when compared to other online retail platforms.

The California complaint alleges that Amazon’s seller penalties are much like the ones that Hensell describes, and achieve the same force as its prior MFN provisions.

“Absent these agreements, a greater selection and total output of lower-priced products would be available across online stores,” the complaint states.

Ederer explains that true price floors are only exposed without Amazon’s restrictions on sellers. Sellers who offer the same products on their own platforms, he explains, would tend to sell at a slightly lower price than on Amazon or on other online retail sites, because outside retailers take a cut of their sales revenue in exchange for carrying the product and exposing it to their consumer base.

Lopatka explains that the effect California’s trying to prove — that Amazon is responsible for higher prices on other websites — is also difficult to isolate.

Ederer agrees. “Amazon essentially makes that very very difficult by these implicit MFNs,” he said. “That’s going to require a fair amount of evidence…That’s the type of evidence that the judge felt wasn’t really there in the DC case.” He questions whether sellers can provide enough evidence that they are being downgraded in search results, or deprived of the Buy Box, to prevail in the California case.

New York University School of Law professor Eleanor Fox views California’s case as one with potentially compelling legal arguments, though she expects it to play out on ideological rather than legal terms.

“A conservative judge is more likely to dismiss the case,” she said. “The conservative philosophy presumes that markets work well and are self-correcting, and are reluctant to apply antitrust.”

Fox adds that she expects scenarios like this one to play out across more states.

“States are very much on top of the Big Tech issues,” she said.

For tutorials and information on investing and trading stocks, check out Cashay