A spokesperson for the Walker County Coroner confirms to PEOPLE that Harris died on Sunday after he was rushed to the Walker Baptist Medical Center in Jasper, Alabama. CPR efforts were unsuccessful.

TMZ was first to report the news.

Jessica Meuse, who competed on season 13 of Idol alongside Harris, remembered the star in an Instagram tribute.

“Your talent and smile will be missed, and the world is definitely a darker and eerily quieter place without you in it,” she wrote. “I’ll miss your random phone calls asking for life advice and talking about the music world… There are a lot of things I realize I will never understand — you leaving us so soon is one of those things.”

His take on the Allman Brothers hit “Soulshine,” which he dedicated to his father, earned him three votes for Hollywood, and he later had memorable performances of hits like “Can’t You See” by The Marshall Tucker Band and “If It Hadn’t Been for Love” by The SteelDrivers.

After his time on the show, Harris performed with Darius Rucker at the Grand Ole Opry, and released the single “In Love” in 2019. He regularly shared videos of him singing and playing guitar on TikTok and Instagram, and in October, wrote on Facebook that he was working on new music in Muscle Shoals, Alabama.

The musician also said on Jan. 1 that he had “new music coming soon.”

Harris — who was a father of two — told The Hollywood Reporterin 2014 that he first auditioned for Idol in 2010 but didn’t make it past the first round, and also unsuccessfully tried out for The X-Factor and The Voice.

“I was always on the internet, trying to find a break, looking for which producers I could send my stuff to. I searched for American Idol and I saw they were doing the bus tour and they were going to be 30 minutes down the road from me,” he recalled. “I said, ‘You know what? I’m going to give it another chance. I’ve gotten so much better, my voice has matured and my playing has gotten so much better.”

RELATED: Willie Spence’s ‘American Idol’ Family Pays Tribute After His Death: ‘If You Met Him, You Loved Him’ 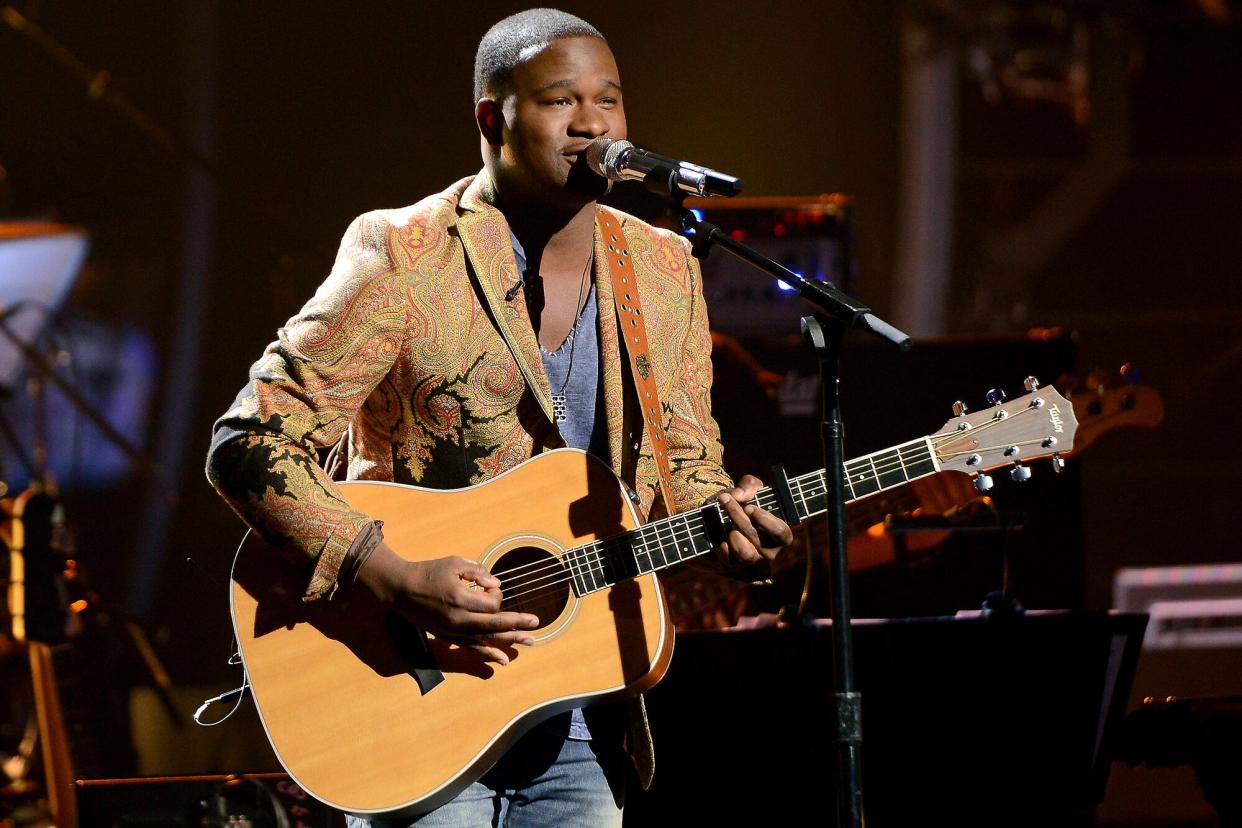 The musician also said that his love of music began as a child, when his mother would sing to him over the phone while she was in prison.

“Tears would just flow out of my eyes,” he said. “When I was a little older, my granddad gave me a guitar. He had one in the shed and it had three strings on it. He said I didn’t need to buy a whole new set of strings. So I would tune it in a way that when I strummed it, it sounded like it’s in a key of whatever. I find different sounds. I just love music so I really try to find a sound that I really like and just play it. I know that’s weird, but that’s what I do.”