NSW Transport Minister Andrew Constance is set to resign from state politics and nominate for preselection for the federal seat of Gilmore.

The veteran Bega MP had been considering a tilt to replace Gladys Berejiklian after she resigned as NSW premier on Friday, but will instead attempt to move to federal politics ahead of the 2022 election. 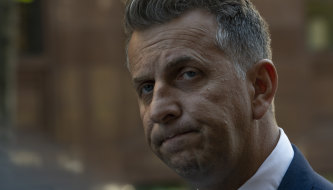 Mr Constance, who entered NSW Parliament in 2003, will address the media on Sunday afternoon.

Mr Constance last year announced his intention to run for the federal seat of Eden-Monaro before pulling out.

Andrew, Constance, resign, Set, to
You may also like: