North Shore residents face summer nights filled with the sound of jackhammers and concrete saws as roadworks continue on the Warringah Freeway.

Residents have been offered sleep masks with inbuilt Bluetooth speakers and $100 vouchers to cope with weeks of noisy construction work on the freeway from December 27 to early February 2023. 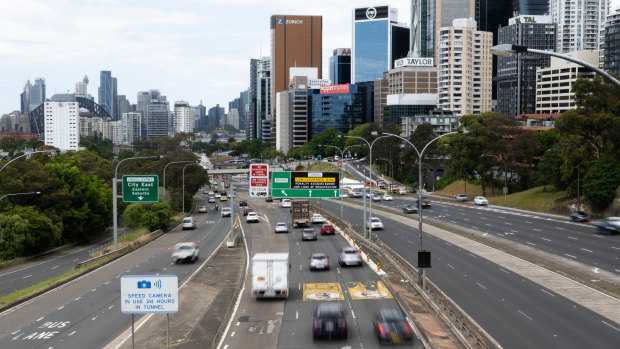 North Shore residents have been told to expect high-level noise during the summer holiday period as roadworks continue on the Warringah Freeway.Credit:Janie Barrett

North Sydney mayor Zoe Baker said residents were insulted by the offer of sleep masks and vouchers and do not believe it will ameliorate the disturbance to their sleep caused by the night works.

“The anger and distress about the timing is partly due to the extremely short notice and the preponderance of noisy works at night,” she said.

The Ernest Street northbound off ramp will be closed for six weeks from December 27 for construction of a new shared user bridge and underpass for a dedicated southbound bus lane.

Residents in Cammeray will endure “high noise levels” at night caused by saw cutting, rock breaking and jack hammering as contractors work to remove sections of the concrete ramp. 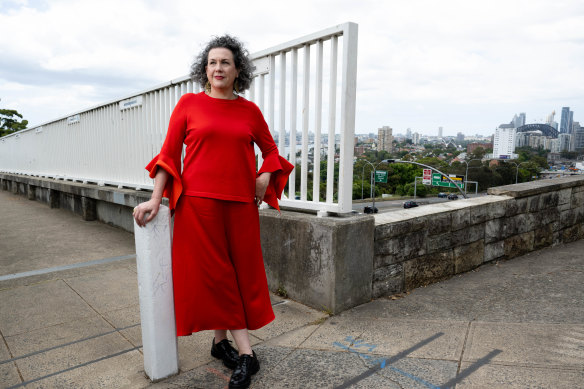 Construction work will be carried out at night and on weekends, as Transport for NSW warned residents to expect light spill from temporary lighting to illuminate the work area at night.

Night roadworks will also take place in North Sydney from December 28 to 30 as part of the upgrade of the Warringah Freeway to cater for expected traffic from a new harbour crossing.

A Transport for NSW spokesman said roadworks during the summer holiday period impacted the least number of people, with fewer motorists on the streets.

He said residents were presented with three options for night work, with the majority opting for more night shifts but a ban on “high noise demolition work from 10pm to 7am”.

However, no one-hour respite periods from high-level noise will be enforced from 7am to 10pm.

“To minimise the impact of noise on local residents, eligible properties can receive various noise reduction treatments including window glazing, audio sleep masks and vouchers that can be used for entertainment and or the purchase of sleep apps,” he said.

Two sleep masks were left on the doorstep of Graham Maynard’s home in Cammeray last Thursday, although he doubted they would help mitigate the racket caused by contractors.

“Yes, we took up the offer, mainly to test their system as it was quite difficult for the elderly to navigate,” he said.

Maynard said he expected the construction works would cause sleepless nights and great inconvenience, but had no plans to go away.

Another Cammeray resident Jon Duggan also took up the offer of sleep masks and the $100 voucher: “We’re a cheap buy-off.” Duggan said he was not happy about the noisy construction work scheduled over summer but added: “At this stage we are not planning on leaving our home and moving elsewhere during the six weeks of noisy work.”

“I have consistently made clear to Transport the need for improved, genuine engagement and communication with the community in managing this project,” he said.

But Neutral Bay resident Andrew Sommerich said residents had not been given adequate notice of night-time noisy roadworks.

“It’s frustrating that they can organise thousands of construction workers and traffic controllers years in advance, but struggle to give us more than a few days’ notice of when noisy works are happening,” he said.

The freeway upgrade has been plagued with controversy, with community anger over the removal of more than 800 trees from the Cammeray Parklands.

Baker said the council had been advised by Transport for NSW that hundreds of more trees will be removed between Military Road and High Street and reserves along the edge of the Warringah Freeway.

“Council estimates that more than 1500 trees will have been destroyed along the corridor,” she said.

James said the roadworks will simplify the Warringah Freeway, making it safer and easier to use, and more efficient.

“You only need to look anytime there is an accident on the freeway, bridge or tunnel what happens to the freeway and local road network to see why the status quo is untenable,” he said.

“The upgrade will channel more cars along a wider corridor into the same two pinch points of the Bridge and Sydney Harbour Tunnel,” she said.