Villagers are furious as Russell Brand is planning to turn their traditional Grade II-listed pub into a new trendy vegan restaurant.

The comedian and actor, 47, purchased The Crown pub in the rural village of Pishill, Oxfordshire, with wife Laura in March 2020.

The rustic pub, the only in the village and currently temporarily closed, was popular both among locals for dining and as an idyllic wedding venue.

It comprises of a former coaching in dating back to the 15th century, along with outdoor seating, a car park, a detached barb, a two-bedroom cottage and a garage.

But Brand, who is said to have upset locals after using the pub to perform a stand-up set, is now understood to want to turn it into a vegan diner.

A local told The Sun: ‘We’ve heard he’s planning to turn the pub into a vegan restaurant. Why would anybody want that?

‘He clearly never had any intention of using the pub as a pub. He doesn’t even drink alcohol. Why buy a pub if you don’t like drink?’ 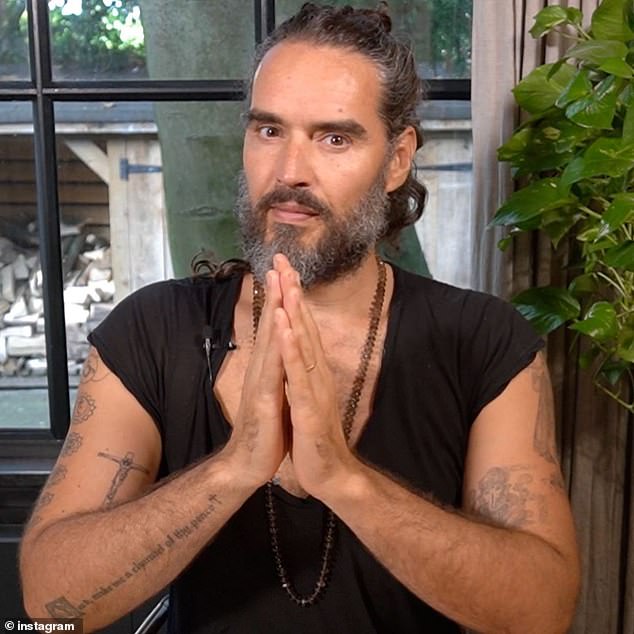 Russell Brand, 47, is planning to turn the only pub in a rural Oxfordshire village into a vegan diner 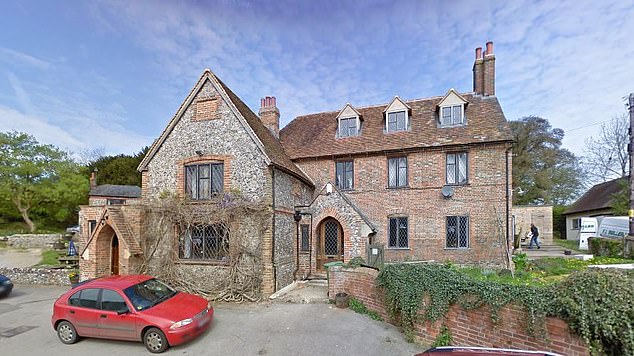 He is also understood to be planning to build a recording studio within the site for his YouTube channel.

A planning application has been made to South Oxfordshire District Council for ‘change of use of garage to recording studio with minor external alterations’.

Documents say: ‘The entire property has recently undergone a change of ownership and the public house is temporarily closed whilst plans to refurbish the building and formulate the nature of the new establishment are put in place.

‘The intention is to re-open the public house in due course. In the meantime, it is being occupied in part by staff working on a freelance basis for the applicant.

‘Delivery of the new studio will mean that the production staff can be relocated to it and that plans for re-opening the public house can be driven forward.’

But local residents have already written to oppose the plans. 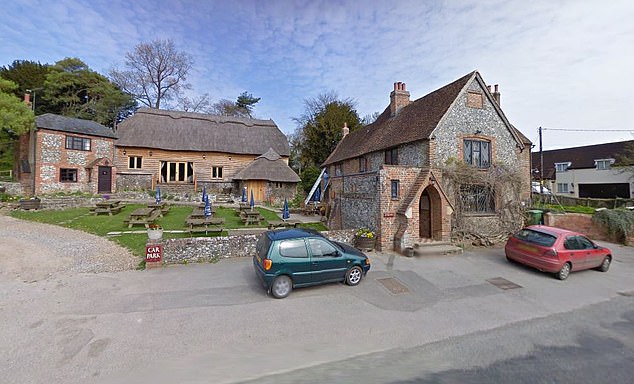 The rustic pub, currently temporarily closed, comprises of a former coaching in dating back to the 15th century, along with outdoor seating, a car park, a detached barb, a two-bedroom cottage and a garage

Local Caroline Dempsey said: ‘Recent events in The Barn including a performance by Russell Brand of his stand-up show has provided a taste of life under the new owners; there were cars left anyhow and everywhere, double and triple parked with at least eight on the proposed development site.

‘It is therefore our considered opinion that The Crown cannot currently sustain the business model adopted by the owners due to an insufficient number of parking spaces when all areas i.e. the offices, studios and performance venue (The Barn) are operational and that as Russell and Laura Brand continue to become more successful, as I hope and am sure they will be, the parking and road safety issues will only become worse.’

The Environmental Protection team have also cited concern over the impact of noise if the garage is turned into a recording studio.

Brand, who live in the area, has said the pun will reopen and be refurbished once his recording studio has been built.