Missing person champion and Tory MP Rehman Chishti went AWOL for a few days during a recent crucial vote in the Commons, I can reveal.

And what was so important to defy a three-line whip to scupper Labour MP Barry Gardiner’s Bill to end fire and rehire?

Answer: A jolly to Lisbon courtesy of the Saudis, followed by a holiday in Portugal, of course.

The King Abdullah International Centre for Interreligious and Intercultural Dialogue (KAICIID) conference ended on October 21, a day before the key Commons vote.

But ‘Shifty’ Chishti extended his trip by three days and even posted pictures of himself doing a Hasselhoff on a beach.

The former vice-chairman of the Tory Party did not, it appears, get permission from the Whips’ Office to skip the vote. 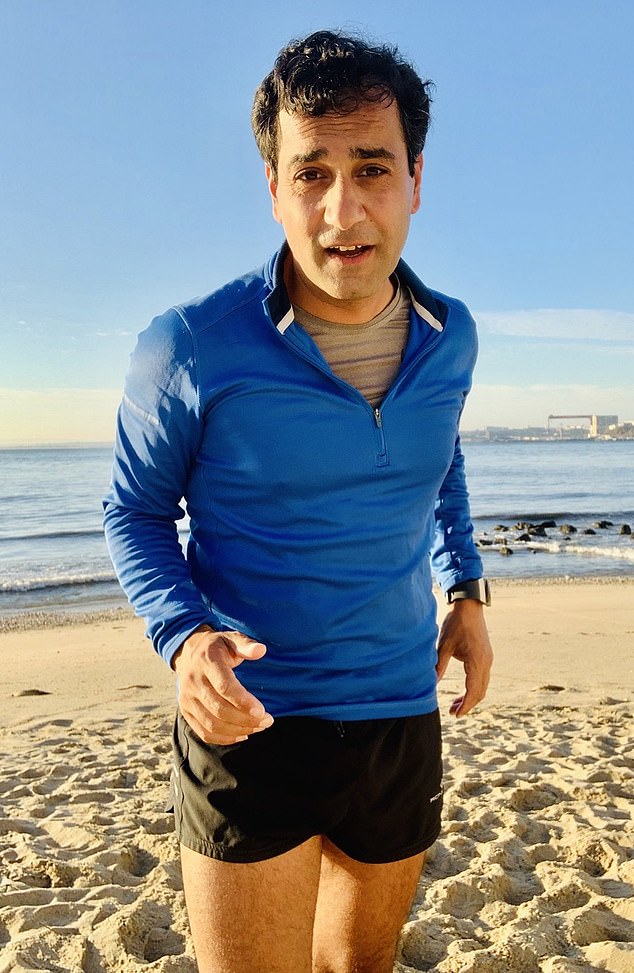 Missing person champion and Tory MP Rehman Chishti (pictured) went AWOL for a few days during a recent crucial vote in the Commons, I can reveal

A source tells me he ‘would have been b******ed’ on his return to his Kent constituency of Gillingham and Rainham.

I can further reveal that it’s not just a £1,000-plus freebie for flight, meals and accommodation that Shifty’s work for KAICIID involved.

He’s also been using his Commons office to appear in its events. Last December, the MP took part in an online webinar – despite strict rules that offices are to be used for parliamentary business only.

Earlier this year, Parliament’s sleaze watchdog found Shifty guilty of breaking the MPs Code of Conduct after lobbying for a planning application to build homes made by one of the MP’s donors.

The Pakistan-born 43-year-old, whose father was an adviser on religious affairs to Prime Minister Zulfikar Ali Bhutto, appears to have embraced the country’s affinity with Saudi Arabia.

Shifty’s previous work outside of Parliament included advising the King Faisal Centre for Research and Islamic Studies for £2,000 a month.

KAICIID this year moved its headquarters from Vienna to Lisbon after Austrian politicians found the guts so lacking here to speak out about Saudi Arabia’s human rights record following journalist Jamal Khashoggi’s murder.

Last night, Shifty refused to answer questions about his work for the Kingdom, his views on its human rights record, why he used his Commons office and whether he was paid for the webinar.

As well as chairing the All-Party Parliamentary Group for Missing Children and Adults, maybe Shifty Chishti could also chair an APPG for MPs MIA?

Jonathan Aitken is embracing his reincarnation from jailbird to doing God’s work. At The Mail on Sunday’s Features party last week he gave his address in the Guests Book as ‘HMP Pentonville’.

More porridge for the former Cabinet Minister jailed in 1999 for perjury? No, he’s the chaplain at the prison, whose alumni include Oscar Wilde, George Michael and Spectator columnist Taki.

Barrow boy-turned billionaire Peter Cruddas has shown his customary dosh splosh after Boris Johnson controversially got him into the House of Lords.

The appointment was wholly unrelated to the £3 million Cruddas donated to the Tories, which he rightly recognises would, if true, amount to ‘corruption’.

Last month the new Lord of Spread Betting gifted tickets to the Conservative Winter Ball at the Victoria and Albert Museum to five chums in ermine. 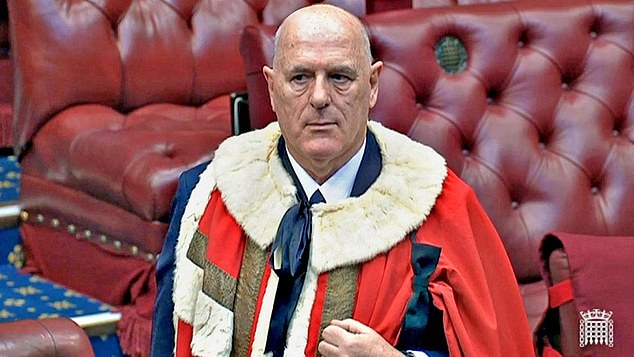 Four of them are hereditary peers – Viscount Younger, Lord Harlech, the Earl of Courtown and Lord Ashton.

Also invited to the £1,000-per-ticket ball was Baroness (Olivia) Broomfield, who David Cameron ennobled for services to Tory coffers from her old role in CCHQ.

CMC Markets founder Cruddas is certainly getting to grips with how the club works. Broomfield just happens to be a Tory whip and Baroness in Waiting to the Royal Household.

Sir Keir Starmer is levelling up… his attendance at Arsenal.

Despite having a season ticket for a standard seat at the Emirates Stadium, earlier this month he took a £2,160 freebie from the Premier League to sit with three guests in a box and watch the Gunners narrowly beat Watford, followed by a ‘free’ lunch. Red card.