Follow
Home » World News » Another election, another campaign to cancel a project

Another election, another campaign to cancel a project

I used to date a girl who lived in Cheltenham. To visit from the outer eastern suburbs, it would take me almost an hour and a half by train. I would have to ride from Ringwood station to Richmond station, and then take the endless Frankston line to get to her side of town.

One particular trip took so long that I managed to listen to the entire double album of The Wall by Pink Floyd, twice. 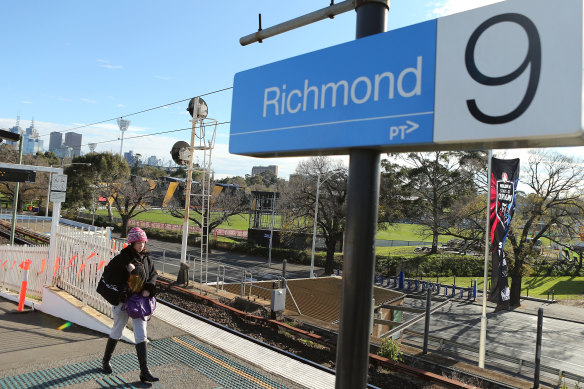 It was a long commute from Ringwood to Cheltenham involving several train connections.Credit:Pat Scala

When the Andrews government initially announced the Suburban Rail Loop, I excitedly exclaimed “I’ve been saying we need that for years!”

I accept the loop is destined to be extremely expensive – current estimates put it at $125 billion – and will probably end up with the typical delays. However, only a very brave government would halt a project designed specifically to future-proof our transport system. An even sillier opposition would make it the centrepiece of their election campaign by threatening to drop it altogether.

Many people my age have returned from our travels abroad only to complain about how archaic our public transport system is. We often say how great it would be if we had a train network like Japan or London.

The party responsible for shelving the SRL risks being seen as putting our rail system back years and even decades, when we should be working to catch up with the rest of the world. This is especially pertinent when experts say Melbourne will be the size of London by the time the loop is complete.

Furthermore, building infrastructure is not mutually exclusive with repairing our dreadful health system, which absolutely should also be a priority. But having a “we don’t need it right now” approach is how we end up with problems in the future.

Another question arises from this questionable political strategy. Is it risky for the Liberals to commit to cancelling an important project for the eastern suburbs after years of slamming the Labor government for ending the East West Link, another major project for the eastern suburbs? I ask this as someone who strongly supports the building of the EWL, having to – grumpily – deal with the Eastern Freeway bottleneck on a weekly basis.

Regardless of your opinion on either, Victorians no longer need elections where parties aim solely to inject fear into voters over infrastructure projects, and then commit to cancelling them.

To Mr Guy and Mr Andrews, I say enough with the torn up contracts. It’s time for a mature discussion about how we should prepare our city for the exponential population growth that is coming over the next 50 years.

Unfortunately, it instead looks like we are about to see another three months in the lead up to the election of political point scoring around another vital project.