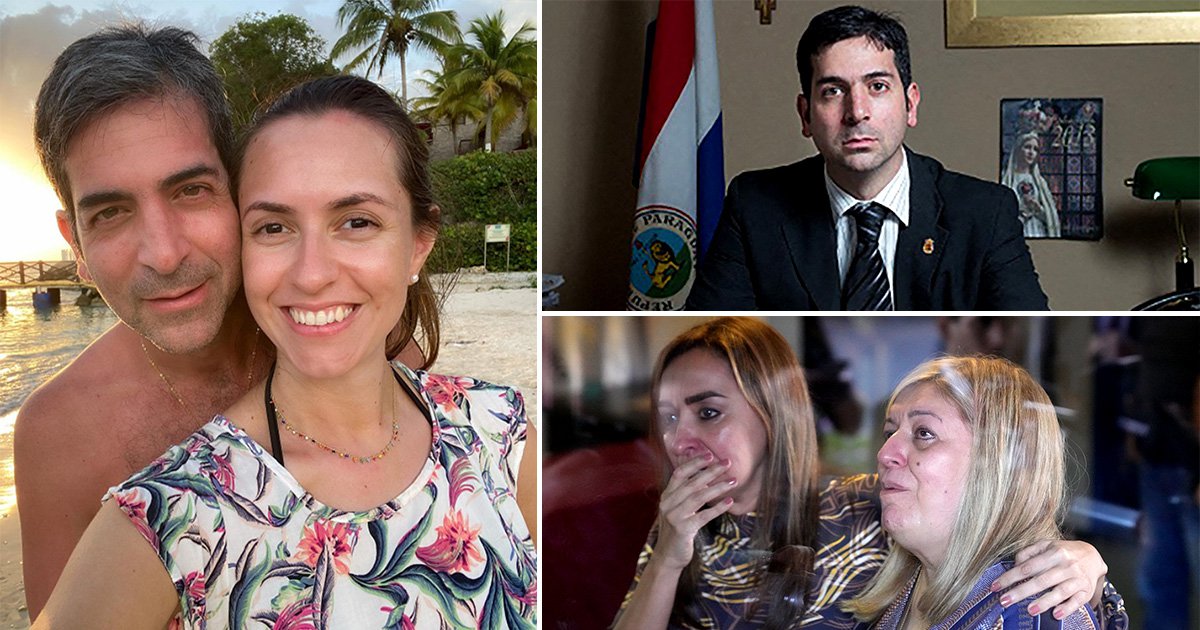 A top lawyer who put gangsters and drug traffickers behind bars has been killed by gunmen while on honeymoon with his pregnant wife.

Marcelo Pecci was shot in Cartagena, Colombia, as he and reporter Claudia Aguilera sunbathed on a beach following their wedding in April.

Hours earlier she had posted a photo of the couple posing with baby shoes, writing: ‘The best wedding gift… the approaching life that is a testimony to the sweetest love.’

Paraguayan Mr Pecci, 45, was gunned down by two men near the Decameron Baru Hotel. His wife – who was not hurt – said one of the gunmen got off a jet ski and ‘without saying a word shot Marcelo twice, once in the face and once in the back’.

The assassins also fired at a security guard, who was unhurt.

Speaking for the first time about Tuesday morning’s crime, Mrs Aguilera said: ‘The day began peacefully and we decided to go to the beach after breakfast, the view is spectacular and it’s our honeymoon.’

‘They reached the beach on a small boat or jet ski I think, although the truth is I didn’t see it properly.’

Recounting how the killers fled on the same jet ski they had used to reach the beach, she said: ‘We were helped by other people who were on the beach but he was already dead.’

She told the paper: ‘We hadn’t received any threats.

‘Everything happened so quickly. All I remember clearly were the shots and Marcelo on the sand.

‘The man went straight for Marcelo, he just looked at him and shot him, he didn’t say anything.’

Paraguayan and US officials will be integrated into the unit to help identify and prosecute the perpetrators, police said.

Mr Pecci was investigating several high-profile cases in Paraguay, including a shooting at a concert in January where an alleged drug trafficker and a football player’s wife were killed.

Growing the plant is still illegal in that country and much of the crop is smuggled into Argentina and Brazil.