Apple CEO Tim Cook obtained a restraining order against a woman who threatened him online, sent him a photo of a gun and traveled to his California residence.

The unidentified Virginia woman drove across the country in a fruitless attempt to enter Cook’s home in Palo Alto, the San Jose Mercury News reported.

In its request for the restraining order, Apple said the woman was possibly armed and remained in the Bay Area, according to the Mercury News. Apple applied for the order Thursday and it was granted Friday. 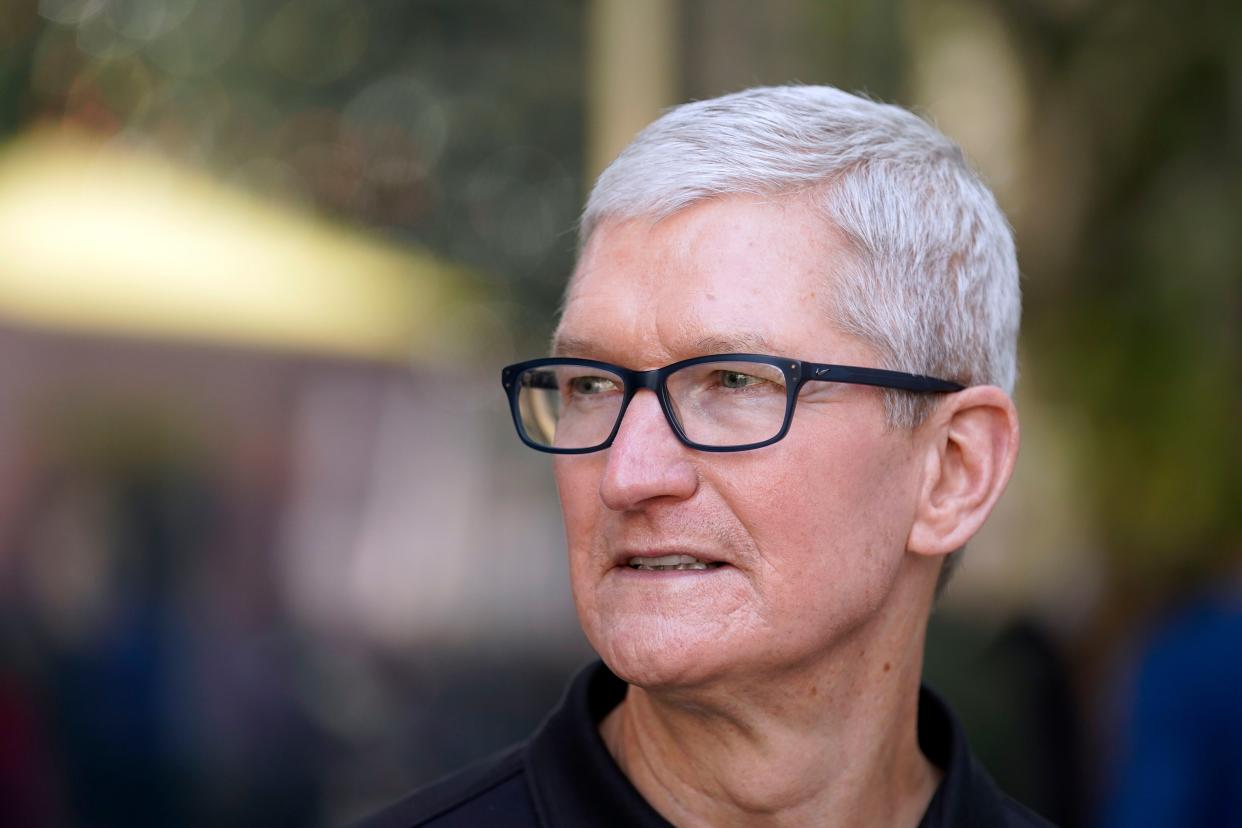 Apple CEO Tim Cook during a visit to an Apple Store at The Grove Friday, Nov. 19, 2021, in Los Angeles. (Marcio Jose Sanchez/)

The woman’s behavior was described as “erratic, threatening and bizarre,” the Mercury News reported. She sent numerous threatening tweets and emails to Cook, at one point claiming he was the father of her twins, according to Apple’s restraining order application.

She also sent Cook photos of a revolver and ammunition, among 200 “threatening and highly disturbing” emails, according to the Mercury News. Most of the emails were sent between September 2020 and November 2020.

Apple said the woman took things up a notch when she showed up at Cook’s Bay Area home on Oct. 22, 2021, the Mercury News reported. Security stopped her, but she waited outside the residence in her car until police were called. The cops shooed her away.

The woman then resumed her online campaign of harassment against Cook, threatening violence against him, Apple said in its filing.

The restraining order prevents the woman from contacting Cook, possessing guns, approaching any other Apple employee, entering an Apple property or going back to Cook’s home, according to the Mercury News. Another hearing is scheduled for March 29.

Cook also got a temporary restraining order in February 2020 against a man who sneaked onto his Palo Alto property and left him threatening voicemails.