The company plans to open its first two standalone stores before Christmas, under a new ‘Asda Express’ brand.

They will stock a range of hot and cold ‘food for now’ options from Asda and partner brands including Leon, plus ‘food for later’ choices such as ready meals and a selection of £10 meal deals for two people.

Shortly after opening, they will also offer a rapid delivery service through Uber Eats.

Mohsin Issa, Asda’s co-owner, called the launch a ‘landmark moment’ for the business. 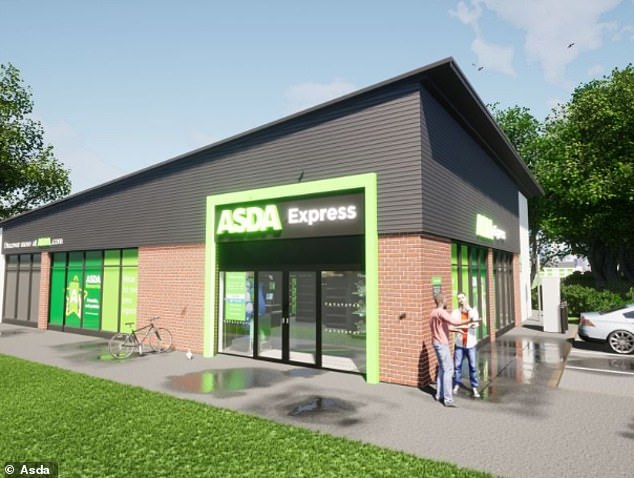 The company plans to open its first two standalone convenience stores before Christmas, under a new ‘Asda Express’ brand 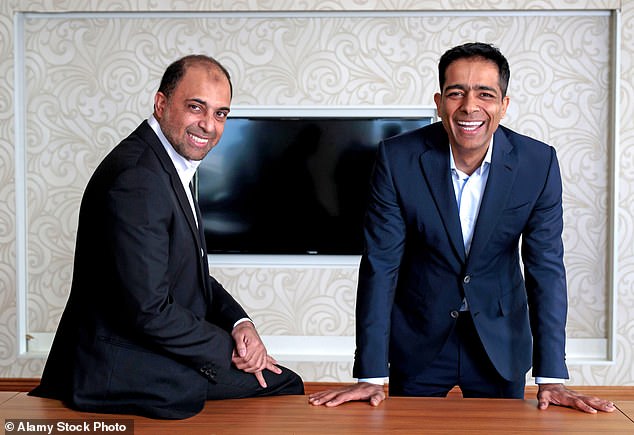 Mohsin Issa, Asda’s co-owner, said: ‘The launch of our first two Asda Express convenience stores is a landmark moment for our great business’. Pictured from left: Zuber and Mohsin Issa

They will stock around 3,000 products, including a comprehensive range of fresh, ambient and chilled groceries, as well as products from Asda’s premium Extra Special range and a broad selection of beers, wines and spirits.

Both stores are purpose built and in residential areas.

The company began as one petrol station that the brothers ran in Bury, Greater Manchester.

It then became Euro Garages, with locations across the UK, before private equity giant TDR Capital came onboard.

The business then became EG group, and expanded into Europe.

Earlier this year, the brothers lost out on bids to acquire corner shop chain McColl’s, and the Walgreens Boots Alliance.

They are now opening 30 ASDA convenience stores across the UK, creating 500 jobs.

Next year the retailer plans to launch a further 30 sites, creating about 500 new roles, in a ‘test and learn’ approach to developing its convenience model.

Mr Issa said: ‘The launch of our first two Asda Express convenience stores is a landmark moment for our great business and a key step on our journey to bring Asda to more customers in more communities right across the UK.

‘The stores have been designed to cater for a broad range of customer needs – whether that’s popping in for a pint of milk, grabbing a spot of lunch on the go, or buying the fresh ingredients to cook dinner from scratch.

‘We’re confident customers will find everything they need in these stores and enjoy the convenience of having a new type of Asda store on their doorstep.

‘I’m delighted to welcome the new colleagues at Sutton Coldfield and Tottenham Hale to the Asda family – leading us on our first steps into this market and am grateful to all the colleagues who have worked with such pace and enthusiasm to bring this vision to life for Asda.’

The new Asda Express stores are wholly owned and operated by Asda.

They are separate from the Asda On the Move convenience sites, which are located on garage forecourts owned and operated by EG Group.

They are also separate from the 132 convenience stores that Asda is acquiring from the Co-op Group.

The transaction is expected to be completed at the end of this month and will then go through the Competition and Markets Authority watchdog’s competition review process.